Nurses who are punched, kicked call for better monitoring system 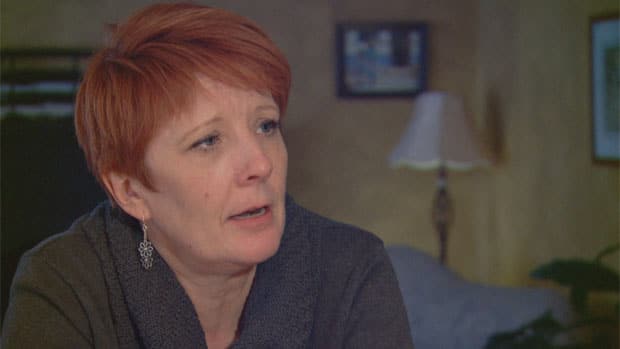 Nurse attacked over slice of toast

A major investigation is underway in Kamloops, B.C. after a nurse was assaulted on a psychiatric ward at the Hillside Centre in December.

"[The nurse] had indicated that she was just busy with another patient and that she would be with him in a minute and the patient assaulted her, punched her in the face, held her down by her hair," says Quewezance.

Quewezance says it took several workers to pull the man off of her. The man had been transferred to Kamloops from Colony Farm, a secure forensic mental hospital.

Nurses say he had a long history of violence that was not clearly documented on his chart.

"A week prior to that a nurse was kicked in the knee by this gentleman while she was trying to clean his room. Two days before this incident, he attacked another nurse as well,"  Quewezance said.

She say the man cannot handle being told "no" but the nurse on shift learned that the hard way.

Sandy da Silva, with the Interior Health Authority, says they were working with the best information available at the time.

"Was this an unfortunate response? Absolutely. Have we already learned prior to the WorkSafe report coming out some things we will be doing differently? Absolutely."

Worksafe launched a special investigation that is still underway. On December 20th an inspector found the employer in contravention of regulations, saying the man's care plan did "not include adequate information on the patient's triggers for violent behaviour."

If you have a story, you'd like us to look into, send us your news tips.  Email CBC Investigates at investigate@cbc.ca

"Within 25 seconds we had a response team in there and within two minutes the nurse was walking back into the nursing station and she completed her shift after that," says da Silva.

But nurses, who say da Silva's claim is untrue, are furious. They say management is downplaying the seriousness of the assault and that the nurse, in fact, went to the emergency room and was so traumatized she did not return to work for weeks.

The duress paging system for nurses is also on WorkSafe's radar, according to an April 2013 inspection report.

Management says it's working. Still, nurses say it is not.

Quewezance says the paging system has been unreliable for two years.

"The button is pressed and it shows a different location than where the staff that pressed the button is in trouble at," she says.

"It's not reliable and I know of times where nurses have pressed the button and it has not worked at all," she says.

A requests for proposals is out and health officials are hoping to purchase a new duress system by the end of the year.