Legislative Speaker Linda Reid is not commenting on the $79,000 she spent on renovations for her Richmond constituency office, other than to say it was necessary for security purposes. 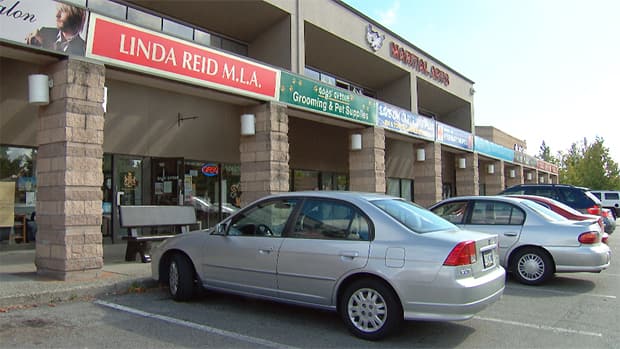 Legislative Speaker Linda Reid is not commenting on the $79,000 she spent on renovations for her Richmond constituency office, other than to say it was necessary for security purposes.

The renovation expenses, and the requested Ontario Provincial Police's independent review of the RCMP investigation that found no criminal wrongdoing in the spending, were reported by The Vancouver Sun Thursday.

It is not my practice to comment on or discuss the security measures taken at my constituency office.- B.C. MLA and Speaker of the Legislature Linda Reid

The independent review of the RCMP investigation was requested because some of the renovations could be seen to have been prompted by RCMP recommendations.

In August 2013, RCMP from Christy Clark's security detail reviewed potential security flaws at Reid's office after a bomb scare at the legislature. RCMP said the force outlined a range of safety measures that could be taken, but made no specific recommendations.

Reid was not granting interviews Thursday, but issued a statement through her office indicating she would not comment further.

Premier Christy Clark told CBC News she doesn't know much about the details concerning Reid's renovations to her constituency office, or the police investigation — but she didn't think its scope extended into Reid's work.

"I don't think, as far as I understand it, it's got anything directly to do with looking at the work of the Speaker's office," Clark said.

Clark referred further questions on the matter to Linda Reid.

Reid has come under fire this year for a number of legislative expenses, including a $48,000 upgrade to the Speaker's desk that included a touch screen computer. In one case, she said she would repay $5,500 of taypayer money that she spent on her husband's travel expenses so he could accompany her on a conference trip to South Africa.

With files from the CBC's Robert Zimmerman and Dan Burritt