B.C. marks its deadliest day of the pandemic, as COVID-19 claims 28 lives

B.C. health officials announced 723 new cases of COVID-19 on Thursday and 28 more deaths — the highest number of deaths in a 24-hour period since the start of the pandemic.

B.C. health officials announced 723 new cases of COVID-19 on Thursday and 28 more deaths — the highest number of deaths in a 24-hour period since the start of the pandemic.

All but two of the people who died were residents of long-term care homes.

"We take this to heart. It is a tragedy. Every single death," said Provincial Health Officer Dr. Bonnie Henry in a news conference on Thursday.

The province has sent a rapid-response team of paramedics to Fort St. James, B.C., where at least 60 people have tested positive for COVID-19 in the community of around 1,500.

The district municipality, which is located in north central British Columbia, has only one small acute care facility. Medical staff have received 33 calls in just six days, when the monthly average is between 50 and 60.

Henry said 20 people are in hospital and three have been transported out of the community to receive a higher level of care. Two people have been moved to hospitals on Vancouver Island, and one person was transported to the Lower Mainland.

She said the B.C. Centre for Disease Control would start posting data based on the province's 89 local health regions on a weekly basis, but that information would be released in a way to not identify individuals who have become infected.

"We're now at a point where you can't identify somebody by the geographic area that they live in because of the number of cases we've had," she said.

"There is still stigma surrounding this disease, and people don't always receive support from their communities, once they've been identified."

Dr. Bonnie Henry says the increase in deaths reflects the outbreaks that have been happening in long-term care homes: 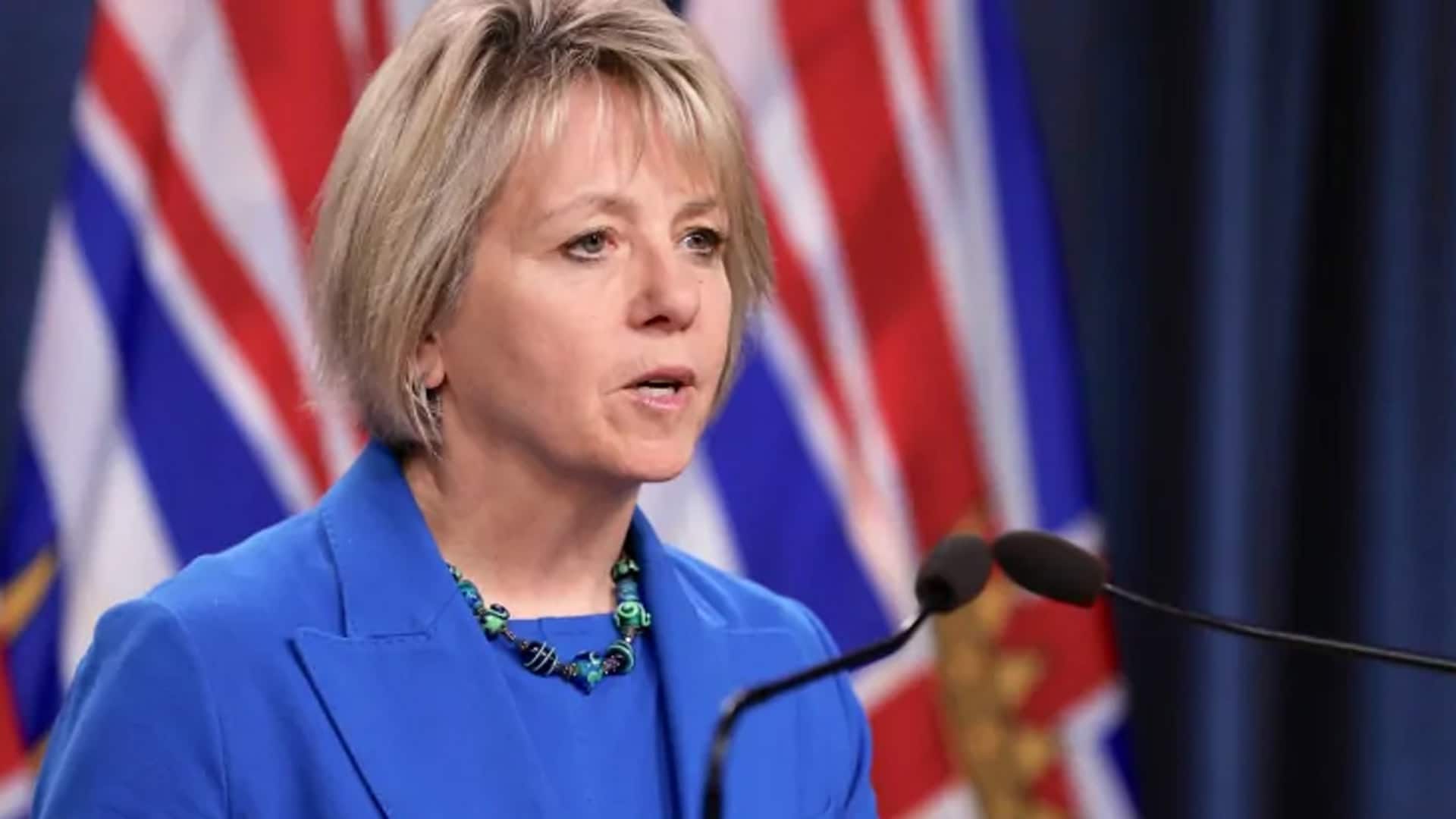 'It's a tragedy': B.C. marks the deadliest day of the pandemic

B.C. urged to hold the line as vaccinations begin

On Wednesday, B.C. announced plans to immunize 400,000 people against COVID-19 by March 2021, with priority given to residents and staff of long-term care homes and health-care workers.

Just under 4,000 doses of the Pfizer-BioNTech vaccine, approved in Canada on Wednesday morning, are set to arrive in B.C., carried on four trays of 975 doses.

Two of those trays will be arriving at a site in Vancouver Coastal Health and two others at a site in Fraser Health.

Henry said Thursday's record high death toll — and the imminent arrival of the vaccine — are a reminder to hold the line and continue to adhere to the restrictions that are set to expire Jan. 8.

"We don't want to fall back just as we push forward to this final leg. We have a finish line in sight, We need to pace ourselves, continue working together even though we are tired," she said.

Health Minister Adrian Dix also urged British Columbians to stay apart over the holidays in an effort to prevent a surge of new cases in the new year.

"As we move towards the holidays, do it without building a COVID debt in December that comes due in January," he said.

Dix also warned that some fake text messages have been sent to some people in B.C. warning that they tested positive for the virus — part of a worldwide scam.

Henry provided further details on B.C.'s vaccination registry plans on Thursday, saying that, once immunized, people will receive some form of physical and digital record to show they've received a vaccine.