B.C. teachers and other government workers are being forced to accept as little as zero-per-cent wage increases, but CBC News has learned the same rules don't necessarily apply to staff working for the province's premier and cabinet ministers. 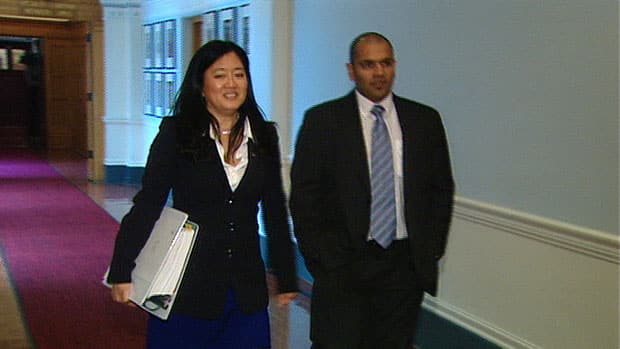 9 years agoVideo
1:57
Several staffers working for B.C. cabinet ministers got raises of about 10 per cent 1:57

B.C.'s teachers and many provincial government workers might have been forced to accept "net-zero" contracts, but several staffers working for premier Christy Clark and other cabinet ministers have received substantial salary increases in the past year, CBC News has learned.

The results of a Freedom of Information request show that nearly half of 34 ministerial employees who were named received a raise in the past year with an average 10-per-cent increase.

The lowest increase was six per cent, the documents show.

The province's 41,000 teachers were in contract negotiations for one year before they were forced to end a job action in March and enter mediation.

The teachers were offered net-zero, meaning their total contract could not increase in cost, and there could be no salary increases over the three-year deal unless there were compensating savings elsewhere in the contract.

The president of the B.C. Government Employees Union, Darryl Walker, said his members were last offered 1.5 per cent to two per cent over two years before negotiations broke down.

In a written statement, a government spokesperson said that, "any changes in compensation for political staff are done after a thorough review."

That can include one person now doing the job of two, the statement said..

B.C. Teachers’ Federation vice-president Glen Hansman said that one person "doing the job of two" is a familiar scenario to teachers, but that has made no difference in their being offered net-zero.

"We've had lots of circumstances where you've had two or three special education teachers, two or three ESL teachers, a couple of those jobs disappear, but the kids certainly haven't gone away," Hansman said. "So, if you apply government's logic they should be getting a big increase as well."