Virtual reality goggles are being deployed to every department at BC Children's Hospital to help distract children during painful procedures.

Inside a conference room at BC Children's Hospital in Vancouver, more than a dozen child life specialists test out virtual reality goggles, moving their heads from side-to-side as they get a 360-degree view of the simulated roller-coaster ride they are experiencing.

The health-care professionals work with children and families to help them prepare for and cope with medical treatment — and the goggles are their newest tool when it comes to distraction.

"We thought that it would be incredible to take this very accessible technology nowadays, and bring it to the bedside," says Dr. Ran Goldman, an emergency physician who is leading a workshop on how to use VR.

This month, 20 pairs of the VR goggles will be rolled out across the entire hospital. Every department will have access to the headsets, which Goldman believes will be a Canadian first.

More than 500 pediatric patients have already tried the headsets as part of a research project undertaken by him and a team at the hospital's Innovative Virtual Reality Pain Lab. 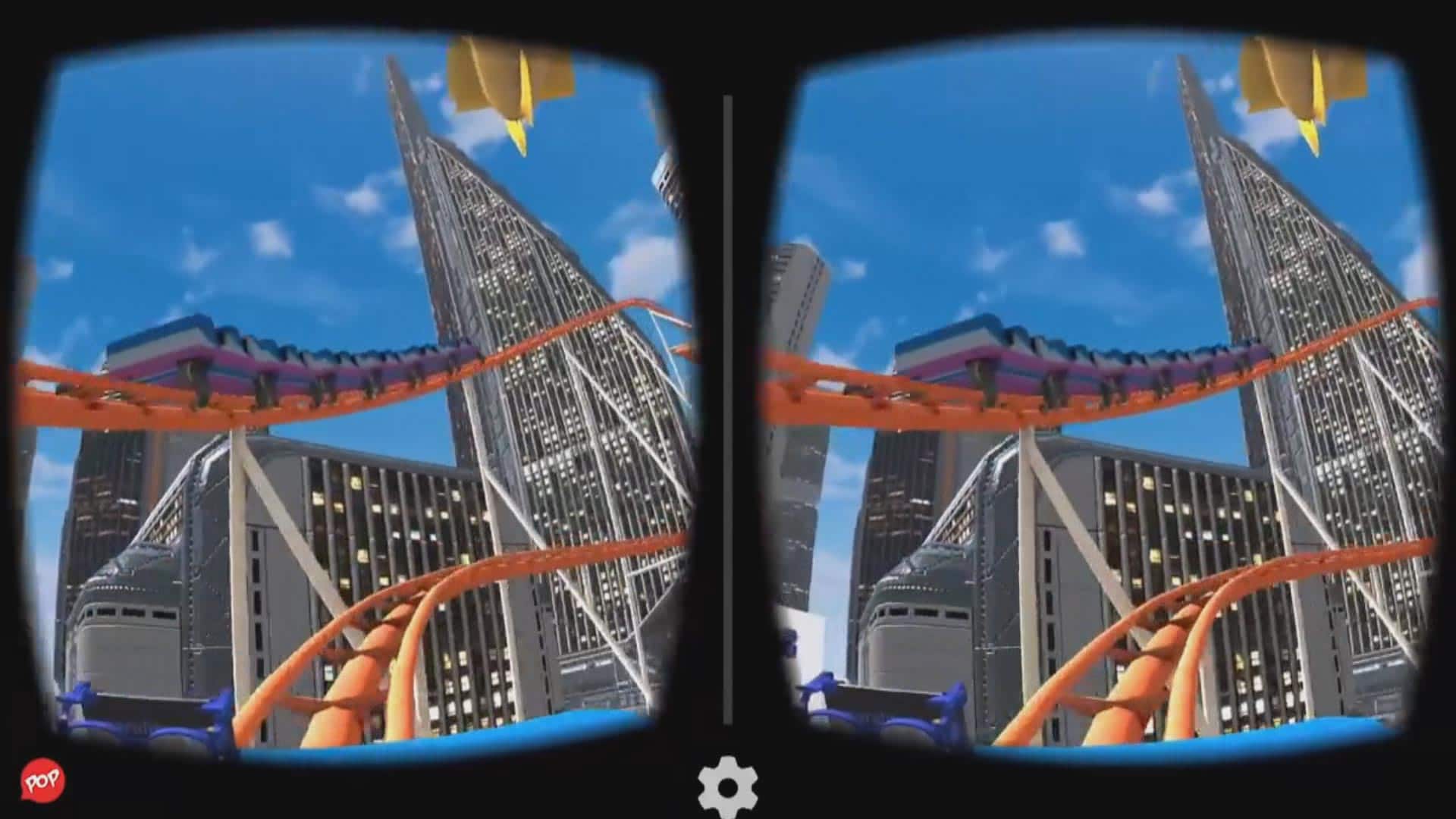 How a VR roller-coaster ride helps kids in hospitals

The goal of the research is to better understand how virtual reality can help make children less anxious during often painful medical procedures.

Goldman says it's not only helpful to the young patients, but also to staff.

"Nurses and physicians are telling us that their level of satisfaction from their work and their ability to communicate and to help children is much better when children are comfortable."

VR is being increasingly used in hospitals as the technology becomes cheaper and more accessible. Some facilities in Canada, such as the Stollery Children's hospital in Edmonton, use virtual reality as a an educational tool, giving patients a tour around an operating room before going into surgery.

However, there is growing research related to how VR can be used for pain management. Los Angeles based Cedars-Sinai Medical Center started using VR headsets in 2016 as part of a pilot project. They've since used the technology with more than 2,500 patients.

In addition to reviewing research carried out by other academic institutions, Goldman and others conducted randomized controlled studies over the past two years, involving children that were six years of age and older.

Half of the patients were given the VR goggles to wear, and half went without. When they were finished receiving their treatment, the children were asked to rate their level of pain during the procedure.

"They get distracted and it reduces their level of anxiety and pain."

The research at BC Children's Hospital began in 2017 in collaboration with Dr. Amir Behboudi, who was already using the goggles at Peace Arch hospital in White Rock, B.C., where he works as an emergency room physician.

He said seeing a patient using VR shift from a "crying child to a child that's smiling, for us, it's magical."

Behboudi, who also uses puppets and iPads to try and distract children during appointments, wasn't seeing enough pediatric patients in White Rock to be able to do a full-scale study on VR, which is why he partnered with BC Children's Hospital.

Back in 2017, Behboudi purchased two pairs of the $20 goggles and downloaded a free app on his cellphone which allows the viewer to get a first-person perspective as a roller-coaster circles up and down.

He estimates he now uses VR now with about ten per cent of his patients.

In February, when 10-year-old Amy Wu hopped into a hospital room and propped her right leg up on the bed, she was told she had a broken toe and needed to be fitted for an aircast boot.

But before nurses got to work on that, Behboudi brought out the goggles and after first checking with her mother to see if a VR roller-coaster ride would be suitable fo her daughter, he placed them on her head.

She didn't take them off until five minutes after the nurse was done.

"I think it is very good for kids," says her mother Nancy Dhang.

"Maybe she will not feel scared when she is in the hospital."

Behboudi also took videos of some of the first patients he treated. They wore the VR goggles while getting needles and stitches in their faces.

He says a few of the children were so relaxed at some points they even fell asleep.

"Show me another way to do this ... without medication," he says while re-watching video of some of his first patients.

"This is where magic is."

WATCH | See the whole story in VR in the ER here. 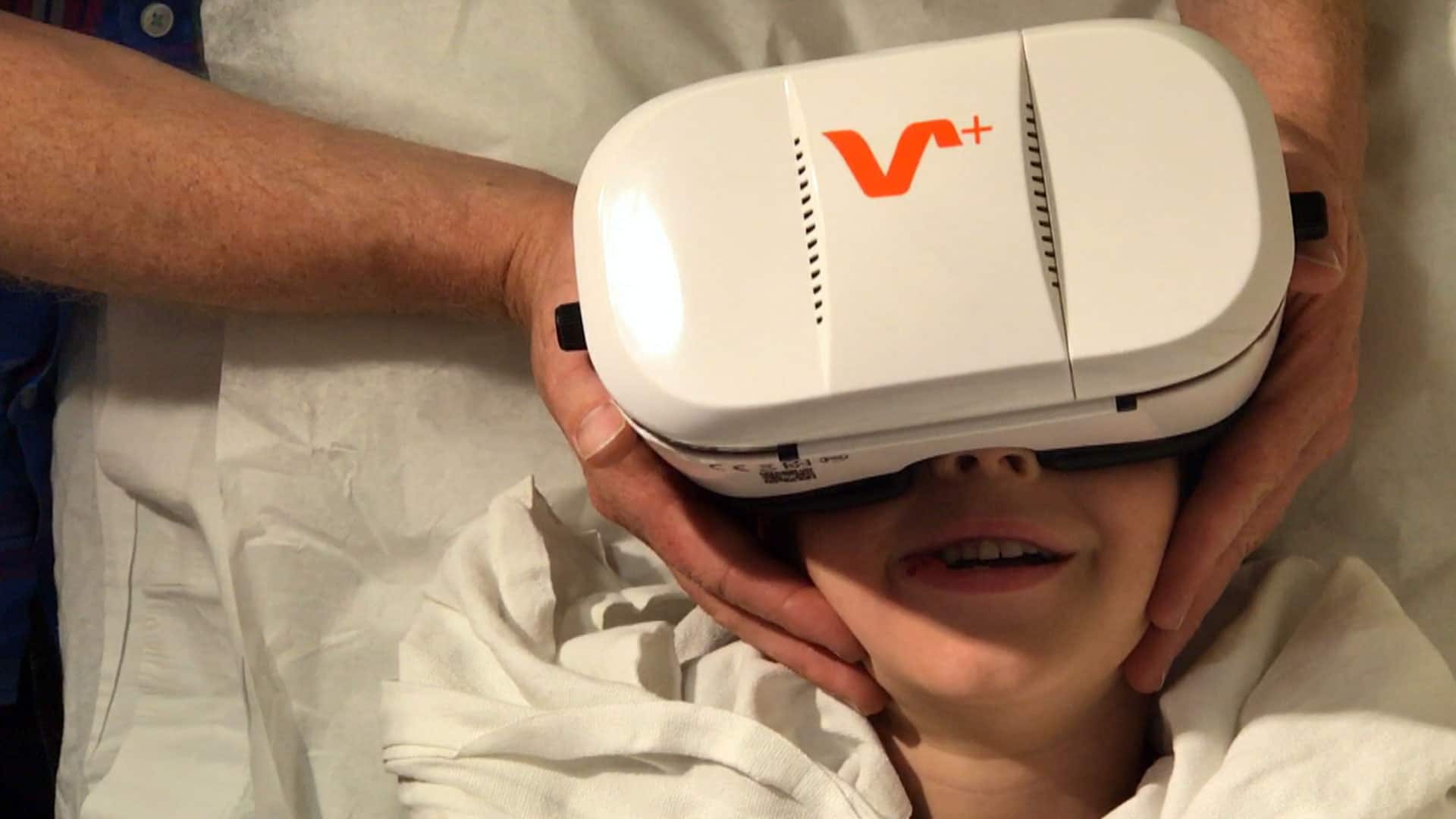 How hospitals are using virtual reality

2 years ago
5:16
One major B.C. hospital is rolling out VR goggles to every department 5:16