A total of 24,139 people in B.C. have received their first shot of the COVID-19 vaccination as of Jan. 3, and the province aims to provide vaccines to 3,300 people a day for the next two weeks. The second dose of the vaccine will be administered 35 days after the first, in order to maximize the number of people with some level of protection against the virus.

"It's a monumental task," said Henry.

"There are many months left to go on this. We are constrained by logistics and also how much vaccine we are receiving. But we are optimistic."

Following those groups, and contingent on supply, B.C. will begin a mass vaccination strategy to immunize the general population, descending in five-year cohorts, after those over 80 have been immunized.

Henry said supply of the Pfizer-BionNTech and Moderna vaccines are expected to increase substantially in March, at which point B.C. will work to significantly ramp up its immunization program.

"Our next challenge is going to be getting as much of our vaccine as we receive out to as many people are possible — at least by April we should have way more vaccines than we can distribute in much more traditional ways to people," she said. 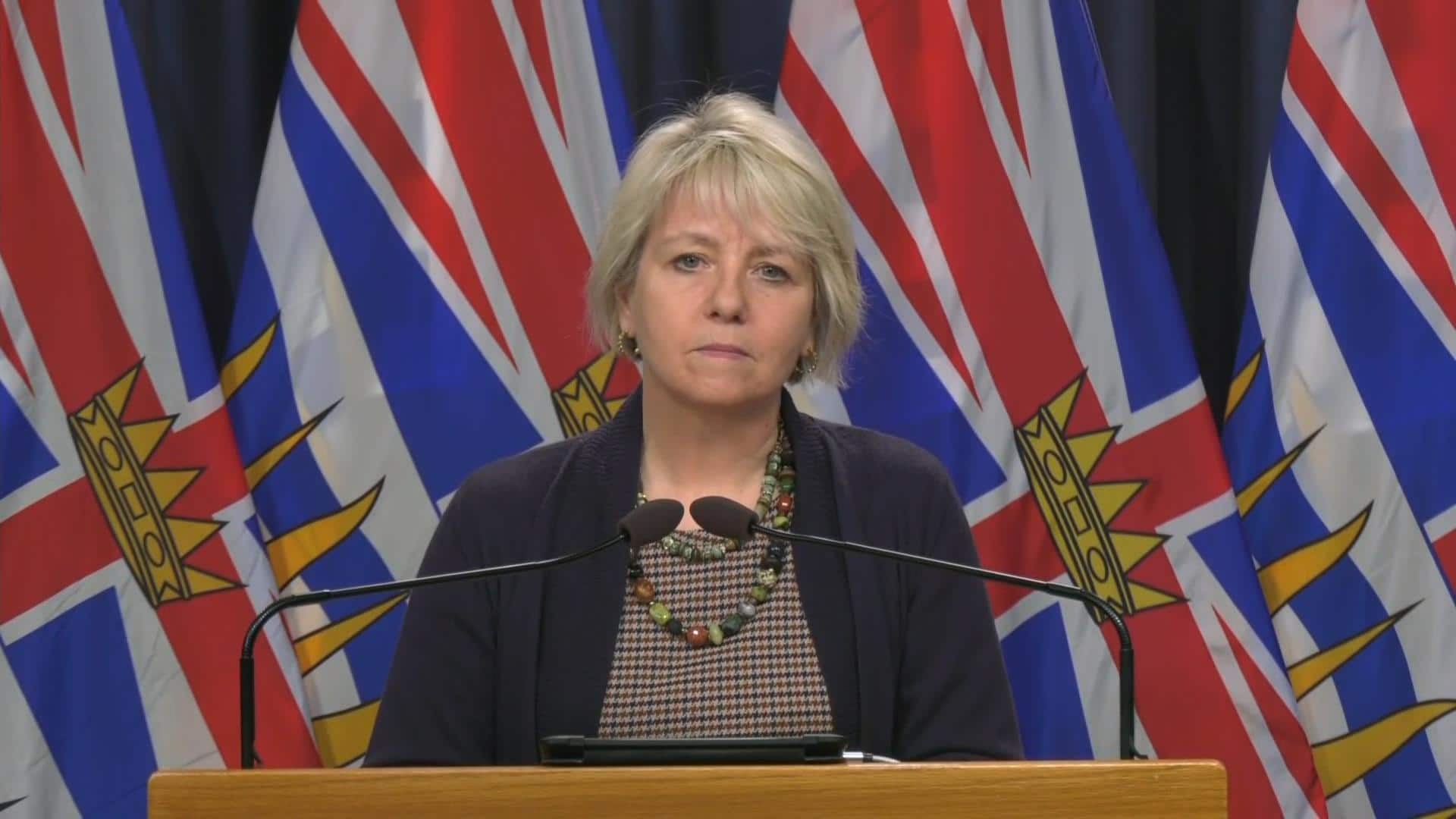 2 months ago
0:52
If COVID-19 cases can be controlled, Dr. Bonnie Henry says B.C. can reposition contact tracers to do immunization work. 0:52

Dix said the province is on track to hit its goal of 550,000 immunizations by the end of March.

"We're just starting. We only received 3,900 doses initially, and we're just entering the third week of immunization. We're building up every week. It's an extraordinarily difficult task," he said.

The province will provide more information on its plan to immunize the general population later in January. But Henry said that B.C. "absolutely" has enough health-care staff capacity to ramp up its response once additional doses become available.

"We're looking to our colleagues in primary care, the pharmacists who work with us, immunizers around the province. We talked about some of the nurses and others that work as contact tracers. If we can control our pandemic, then we can reposition people to work on the immunization programs as well," she said.

Health officials also announced 2,211 new cases of COVID-19, and 45 more deaths in the province over the last four days.

A total of 351 people are currently hospitalized with the disease, 76 of whom are in intensive care, while the number of active cases is now at 6,823, the lowest number since Nov. 17.

Hospitalizations per capita are lower in B.C. than any other province from Alberta to Quebec and below those in 48 U.S. states, according to an analysis by CBC reporter Justin McElroy.

Henry also confirmed that two First Nation elders have died of the virus.

Monday's update was the first since Thursday, when 683 new cases and eight more deaths were announced.

Monday morning also marked a return to school for children across B.C. For students at a Surrey high school, the return to school ended two weeks of isolation after nearly 50 cases of COVID-19 were linked to five classes at Earl Marriott Secondary just before the winter break.

More than 40,000 people have signed a petition calling on the province to pause in-class learning for two weeks — something several other provinces have done in a bid to lower infection rates after the holidays.

Positive cases include teachers and a number of them stem from common use of the gym during physical education classes.

She said B.C. has no plans to call in the military or other external supports to support the most hard-hit facilities, because the province has trained a pool of staff that can provide support in homes where employees have contracted COVID-19. But she said it remains unclear why the virus seems to spread so much faster in some facilities than others.

"We try very much to make sure that the staffing is maintained, that the personal protective equipment is there, that the cleaning processes are in place. We have infection control teams that work with the homes, and sometimes it's just an incredible challenge. I wish that we knew the answers to how it was being transmitted in some cases," she said.