B.C. is enacting a public safety order to move homeless people living in tent city encampments into hotels in Vancouver and Victoria during the COVID-19 pandemic.

B.C. is enacting a public safety order to move homeless people living in tent city encampments into hotels in Vancouver and Victoria during the COVID-19 pandemic.

Ministers Mike Farnworth, Shane Simpson and Judy Darcy made the announcement Saturday morning, along with representatives from BC Housing. The plan is supported by an order under the Emergency Program Act and the ongoing provincial state of emergency.

Simpson said encampments in Vancouver's Oppenheimer Park, along with Victoria's Topaz Park and Pandora corridor will be dismantled, and that hotels and other sites will be used to keep people housed until more permanent housing is made available.

"I acknowledge that this will be welcome news for some," Simpson said, addressing camp residents directly.

"It will cause anxiety and hesitation for others. Our priority is your health and safety ... You will not be alone, and you will not be abandoned," he said.

The province said it has identified 686 hotel and community centre spaces in Vancouver, and 324 hotel spaces in Victoria, in partnership with non-profits and municipalities.

The deadline for the transition is May 9, with a plan to move 15 to 20 people into accommodations per day. 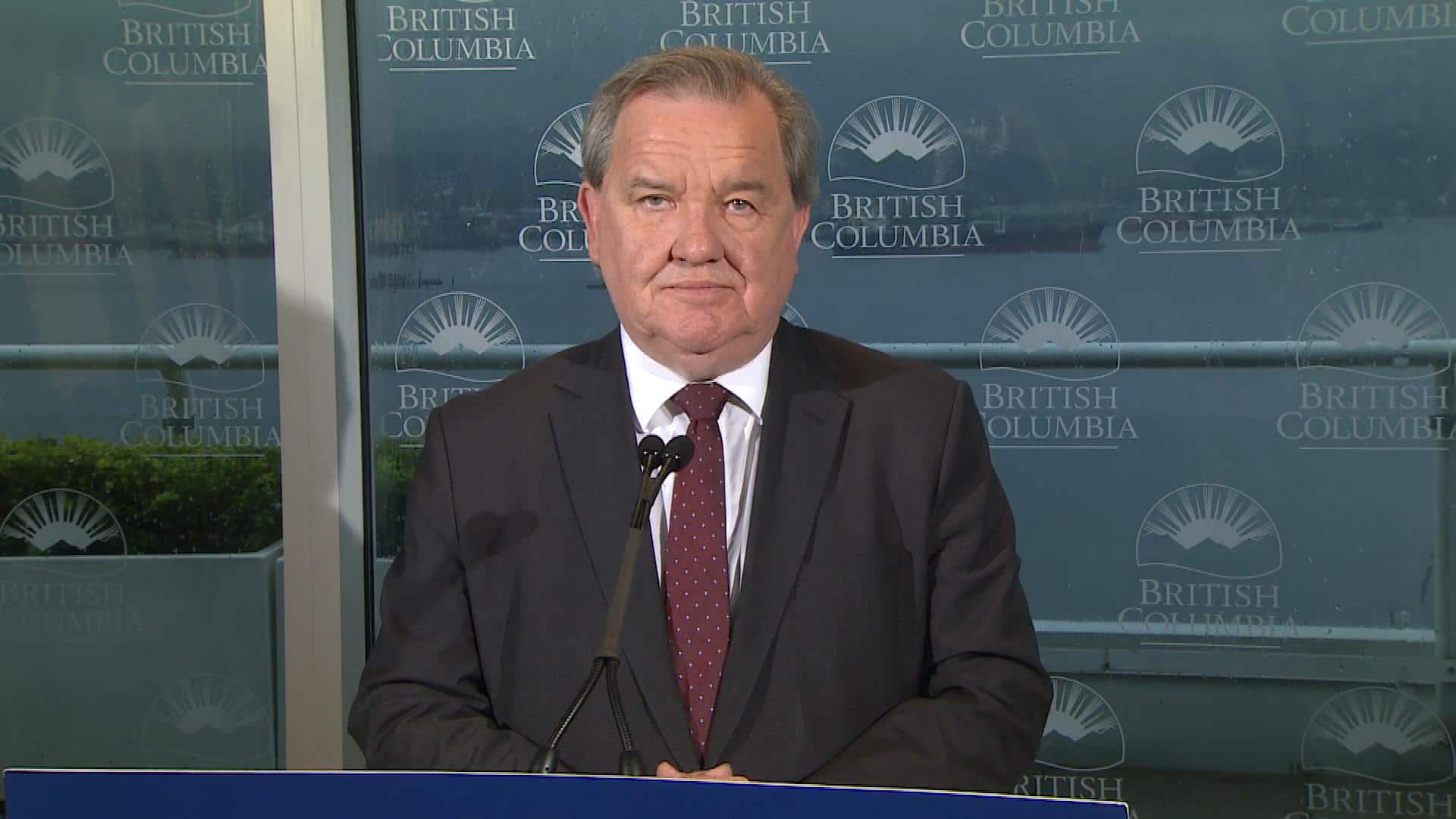 9 months agoVideo
1:39
The province is enacting a public safety order to move homeless people living in tent city encampments into hotels in Vancouver and Victoria during the COVID-19 outbreak. 1:39

Once in the accommodations, people will have their own living space, as well as meals, laundry, washroom facilities, health-care services, addictions treatment and harm reduction, and storage for personal belongings. There will also be designated spaces for women.

"At this point we believe the vast majority of people will move willingly, we're hopeful of that," said Simpson.

"We are at a confluence of two of the most challenging health emergencies our province has ever faced, and we cannot leave our most vulnerable behind," he said.

In response to the government's plans, homeless advocates at Oppenheimer Park say camp residents are only a portion of the province's homeless in need of housing.

"I don't think that they've got enough rooms in these hotels that they say they've secured for the homeless people, 'cause it's only going to take a tiny little fraction of what's down here," said housing advocate Erica Grant.

"There's going to be more tragedies to come if this does not take place, and it needs to take place now."

Farnworth said the plan to dismantle the camps is a public safety order and not a health order.

"As an order, police and other compliance officials are able to enforce violations of this act," he said. "We know there will be challenges ahead."

Vancouver Mayor Kennedy Stewart issued a written statement in support of the measures, saying they would help reduce overdoses and encourage physical distancing.

"All who live in our great city deserve to be treated with dignity and respect," he wrote.

Victoria Mayor Lisa Helps said the temporary housing is critically important, and called Simpson's plan to keep the homeless housed until permanent accommodations are made available a significant commitment.

"I don't think they would have said it unless they meant it, and we're going to hold them to that."