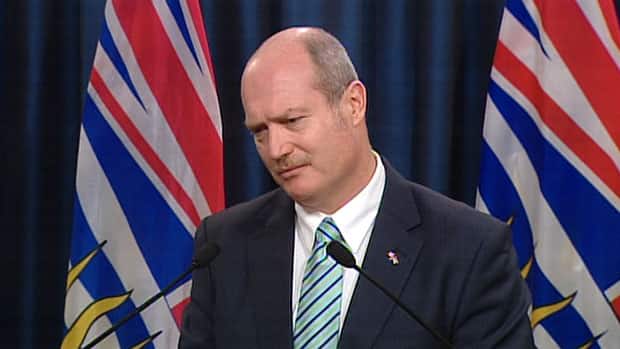 B.C.'s budget crunch and the politics

8 years agoVideo
2:23
The government has not said yet what sort of cuts or tax hikes might be on the table 2:23

The new estimate is an increase from the $1.14-billion deficit projected by de Jong in September, and an increase of $328 million from the First Quarterly Report.

De Jong said the increase is largely due to the change in the completion date for the sale of the Little Mountain property in Vancouver.

Ministries were still working to slash $241 million in spending to make up for a previously announced shortfall in natural gas royalties, he said.

Plans to replace the HST with the GST and PST on April 1 remain on track said de Jong.

De Jong says he now has a lot of work to do before February to figure out how to still balance the budget.

"I still see, to achieve the balance target in a way that I think will withstand reasonable scrutiny, we've still got two to three hundred million dollars of work to do."

But the NDP says the government has its spending priorities wrong.

"On the one hand, you have a finance minister saying that times are tough and we have to tighten our belts, and on the other hand you have a premier saying it’s completely fine to spend untold millions of dollars on a pre-election ad campaign to boost the Liberal party brand," said New Democrat MLA Carole James.

"They’re spending a million and a half dollars on party planning for Family Day; meanwhile, they plan to make reckless cuts to necessary programs and services and sell off valuable public assets to try to give the illusion that they are fiscally responsible.

"The Liberals continue to show that their priorities are completely out of touch with the needs of British Columbians."