A Vancouver bus driver assaulted while on the job is hoping for a jail sentence for the man responsible for the attack. 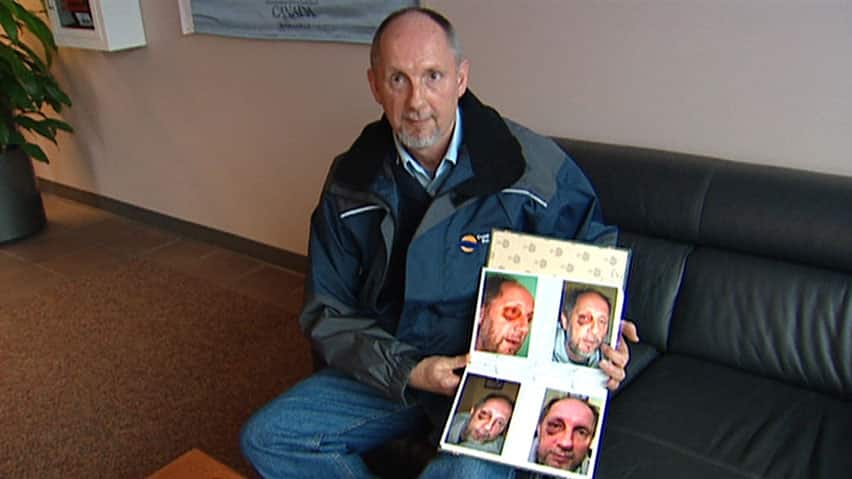 9 years agoVideo
2:04
The union for Metro Vancouver bus drivers wants TransLink to give them more protection against assault, reports the CBC's Ayesha Bhatty 2:04

The sentencing of a passenger who attacked a Vancouver bus driver over a $2.50 fare has been set for a later date, following a sentencing hearing on Tuesday.

Driver Charles Dixon has been unable to work since he was beaten up by Del Louie last February and is hoping for a jail sentence for the man responsible for the attack.

"I have had to have surgery to have a plate and four screws put in my face and two of the screws are actually in my orbital bone. I still have to have to get a second surgery because I can't breathe properly through my right nostril," said Dixon.

Louie, who was 21 at the time of the attack, pleaded guilty to assault causing bodily harm back in the summer.

Dixon, who says he's been assaulted 14 times over his 25 year career, says he simply asked Del Louie not to enter the bus from the back.

"I asked him quite nicely that we don't board through the rear door on a 40-foot bus," he said.

They claim one of the biggest issues is that transit police rarely patrol the buses and no protective cages are provided for drivers.