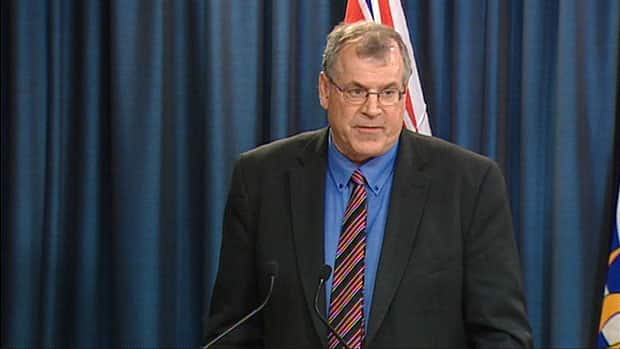 9 years agoVideo
3:25
The controversial Jumbo Glacier resort is planned for a wilderness area in B.C. 3:25

The $1-billion development 57 kilometres west of Invermere, B.C., was first proposed — and cautiously endorsed by NDP Premier Mike Harcourt — in the early 1990s.

Since then, the project had passed all necessary regulatory and environmental hurdles, but stalled on final provincial approval.

On Tuesday morning, Minister of Forests, Lands and Natural Resource Operations Steve Thomson announced that final obstacle had been cleared and the ski resort was approved by the province.

"After more than 20 years of comprehensive and exhaustive reviews, it was time to make a decision. I approved Jumbo Glacier Resort's master development agreement after reviewing all of the relevant documentation, and meeting with both First Nations and the proponent," said Thomson in a statement.

The province says the project will attract $900 million in investment and create 750 permanent jobs.

The resort will be located in the Purcell Mountains on an old sawmill site.

Once complete, it will feature up to 23 lifts, a 3,000-metre-high gondola and a ski village with more than 6,000 units. The resort will be comparable in size to Silver Star in Vernon, B.C. — or about 1/10th the size of Whistler Blackcomb.

Oberto Oberti, the architect behind the proposal, hopes to have the first phase up and running within two years.

"Things could be done faster but considering a lot of things, I think two years is a resonable target."

Do you support the Jumbo Glacier Alpine Resort project in B.C.?  Take our poll

The resort plan has divided residents in the Kootenays. A poll commissioned in 2008 found the project lacked public support, but proponents welcome the jobs and tourists the project will bring to the region.

"This project has, for over 20 years, divided Kootenay communities. I am grateful for a final decision," said Bennett in a written statement on Tuesday. "No matter which side of the debate you're on, the majority of folks in the East Kootenay will be relieved by the certainty."

Opposition to the news came quickly. Even before the official announcement was made, the NDP was highly critical of the decision.

"People in the Columbia Valley have been absolutely clear. They feel strongly that building a resort in this area does not make sense," said Columbia River-Revelstoke NDP MLA Norm MacDonald in a statement released Tuesday morning.

"It doesn't make sense environmentally or economically, and putting the B.C. Liberal stamp of approval on it doesn't change a thing."

"The government has made its decision presumably to try and gain political benefit but the economic, environmental and community interest is being abandoned here."

Environmental groups such as Wildsight have spoken out against the proposal from the beginning, and said they're disappointed by news Jumbo will go ahead.

"It is very unfortunate that the provincial government has ignored the overwhelming opposition to this project from the people in the Kootenays, the clear scientific argument against the development by North America's leading grizzly bear experts and the Ktunaxa Nation's spiritual values," said Wildsight executive director John Bergenske.

"It's a bad decision. It is not a done deal. The people of the Kootenays are not going to sit back and allow a destructive development that flies in the face of the environmental, social and economic values of our communities."

The B.C. government said Tuesday the Ministry of Forests, Lands and Natural Resource Operations will establish a wildlife management area to protect the Grizzly bear habitat.

Despite the province giving the Jumbo resort the green light, funding for the development still isn't in place. In February, a business delegation flew to France to pitch the project to possible investors.

Those investors are expected to make a trip back to B.C. to visit the Jumbo site in the months to come.

With files from the CBC's Bob Keating