Aunt of Alan Kurdi, drowned Syrian boy, did not apply to sponsor family in Canada

The aunt of the Syrian boy whose body washed up on a Turkish beach says that while she had desperately tried to bring his family to Canada, no formal application to sponsor them as refugees was made on their behalf as had been previously reported.

'There is one thing should be done, to end the war,' woman says after relatives drown seeking refuge 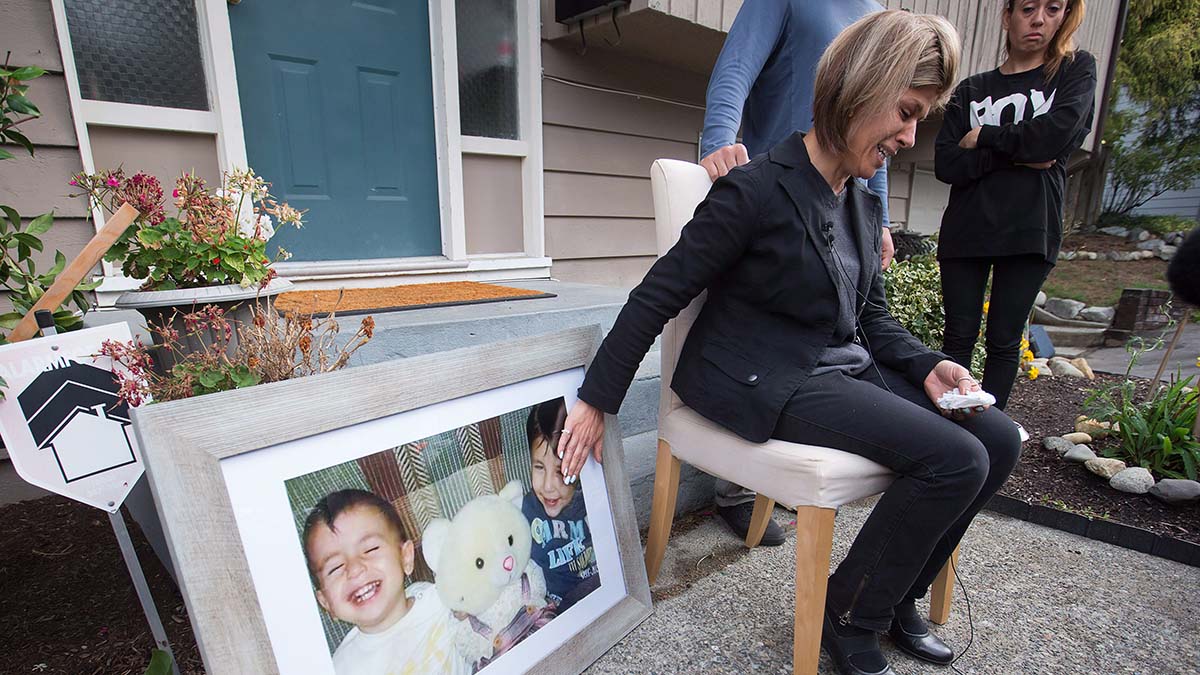 7 years ago
Duration 22:12
The aunt of late brothers Alan and Ghalib Kurdi talks with reporters during an interview at her home in Coquitlam, B.C. Alan, his older brother Ghalib and their mother Rehan died as they tried to reach Europe from Syria.

The aunt of the Syrian boy whose body washed up on a Turkish beach says that while she had desperately tried to bring his family to Canada, no formal application to sponsor them as refugees was made on their behalf as had been previously reported.

Alan Kurdi, 3, his brother Galib, 5, and their mother, Rehana, were among a dozen Syrian refugees who died when their boat capsized between Turkey and the Greek island of Kos. The father, Abdullah Kurdi, survived.

Kurdi spoke to reporters twice on Thursday about the tragedy and to clarify what efforts she had made to bring her family to Canada.

The B.C. woman had filed a refugee application for her other brother, Mohammed, but only had money to sponsor one brother at a time. That application was returned as incomplete, according to the Department of Citizenship and Immigration Canada.

Her brother did everything he could to save his wife and sons in the water and is devastated, she said.

"I wish I am there with him, to help" she said. "I can't even imagine what he's going through."

'Two weeks ago, Galib said to me, "Auntie, can you buy me a bicycle?"'–Tima Kurdi, aunt of drowned toddler

Kurdi said she had contacted her MP, Fin Donnelly, about her family's plight.

Donnelly said he gave a letter to Immigration Minister Chris Alexander on her behalf, asking that both of her brothers and their families be granted refugee status in Canada.

Nothing happened, despite an inquiry from Alexander's staff, according to Donnelly.

When asked for clarification, Kurdi confirmed the letter to Alexander specifically pertained to her brother Mohammed's application for refugee status, adding that she had intended to submit an application for Abdullah and his family next.

But the government's rejection of Mohammed's application, which she had spent months preparing, discouraged her from pursuing Abdullah's, Kurdi said.

Kurdi spoke of the family's ordeal and the struggle to help her relatives, who fled to Turkey as violent clashes escalated in Syria.

"There is one thing should be done, to end the war."

Kurdi said her brother Abdullah's family should not have been forced to flee the civil war in Syria by paying smugglers for a dangerous boat trip.

Tima Kurdi: 'It has to be a wakeup call for the whole world"

7 years ago
Duration 1:42
Tima Kurdi: 'It has to be a wakeup call for the whole world"

Images of Alan's body have drawn worldwide attention to the Syrian refugee crisis and placed the Canadian government under fire after reports emerged the family had sought refugee status in Canada.

"To be honest, I don't just want to blame the Canadian government. I'm blaming the whole world for this, not helping enough the refugee[s]," said Kurdi, sobbing as she spoke in front of her home.

'Auntie, can you buy me a bicycle?'

Abdullah Kurdi's family was living in Turkey as refugees after fleeing war in their hometown of Kobani, Syria, Tima Kurdi said. Tima Kurdi: 'Those two kids did not see a good life at all'

7 years ago
Duration 0:58
Tima Kurdi: 'Those two kids did not see a good life at all'

"Those two kids, they didn't see a good life at all," she said. "Two weeks ago, Galib said to me, 'Auntie, can you buy me a bicycle?'" she said, breaking down in tears. "He wanted a bicycle, like other kids. And I [had] said to my brother, one day I'll send you extra money and you can buy him a bicycle."

She had given Abdullah the money to pay for the attempt to cross the Mediterranean to Europe. Reham, his wife, had been terrified of the sea crossing because she couldn't swim, Kurdi said.