Arresting officer thought Fowler might be a serial killer

The Oregon police officer who first arrested Bobby Jack Fowler, the U.S. convict recently linked to three B.C. cold cases, says he had a strange feeling the accused murderer might turn out to be a serial killer. 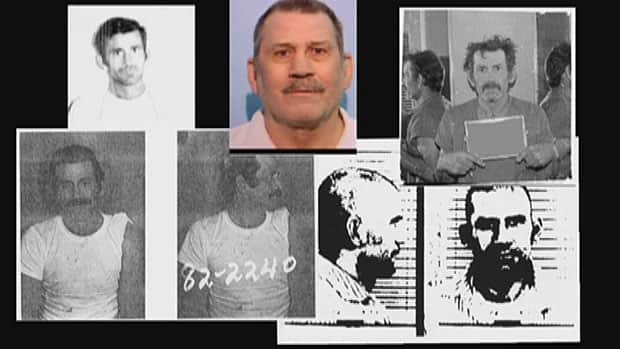 The Oregon police officer who first arrested Bobby Jack Fowler, the U.S. convict recently linked to three B.C. cold cases, says he had a strange feeling the accused murderer might turn out to be a serial killer.

Dave Bavaro worked as a patrol officer for the Newport Police Department in June 1995 when he responded to an emergency call about a naked woman jumping from an open motel window two storeys to the parking lot below. When he arrived on the scene, he says he saw the backup lights of a car coming on and pulled in to block the vehicle from leaving.

The driver was Fowler, the man now linked by DNA to the 1974 murder of 16-year-old Colleen MacMillen near Lac La Hache. Bavaro says he placed Fowler in the back of his police car. More than 17 years later, he says he still recalls a conversation he had with a prosecutor at the time.

Bavaro says the case still sticks out in his mind because of the disturbing nature of what happened to the victim. According to court documents, the woman met Fowler at a bar and agreed to accompany him to his hotel room, where she took a shower.

She claimed that when she emerged in a towel, Fowler began talking in a way that alarmed her.

"As [she] sat there, defendant said he believed that women actually wanted to be raped," a statement of the case reads.

'I knew he was going to kill me'

Fowler left the room and came back with a rope, which he put around the victim's ankle. She testified that he punched her four times in the face and then began speaking in a "very low, very slow ... and very deep" voice.

Bavaro says her fear matched his recollection of the events that followed. The woman jumped first from the window of Fowler's room onto a roof and then from the roof to the ground below. She still had a rope around her ankle.

"She was trying to shake the rope off her leg like it was some sort of monster — like it was a big snake or something wrapped around her leg," he says. "She was screaming and crying and saying that he was going to kill her."

Authorities now suspect that may have been the case. Fowler was incarcerated in 1996 for kidnapping, assault and attempted rape in connection with the woman's allegations. He died in prison in 2006, but this spring his DNA turned up as a match to evidence from the MacMillen murder.

RCMP believe he is also a "strong suspect" in the 1973 murders of Gale Weys and Pamela Darlington in the Kamloops area.

Fowler is also being investigated in a pair of double-homicides of teenage girls in Oregon. U.S. and Canadian officials say they're trying to track his movements over several decades, but have already noticed a disturbing pattern between his movements and the disappearances or murders of young women.

Bavaro remembers the man he detained as unkempt, and desperate to get away from the scene.

"He was cooperative. He acted afraid, if anything, continually saying that he didn't do anything ... He almost acted timid," he says. "He just continually said that he didn't know what was going on. He just wanted to leave. He had no identification. I don't even  remember if he gave me his correct name or not."

Bavaro, who now works for Lincoln County Parole and Probation, spent decades as a police officer. He says he's pleased to know he may have played even a small part in putting a serial killer behind bars.