Vancouver Park Board workers began digging up trees along the Arbutus Corridor on Wednesday morning to save them from destruction by CP Rail crews reactivating the old railway. 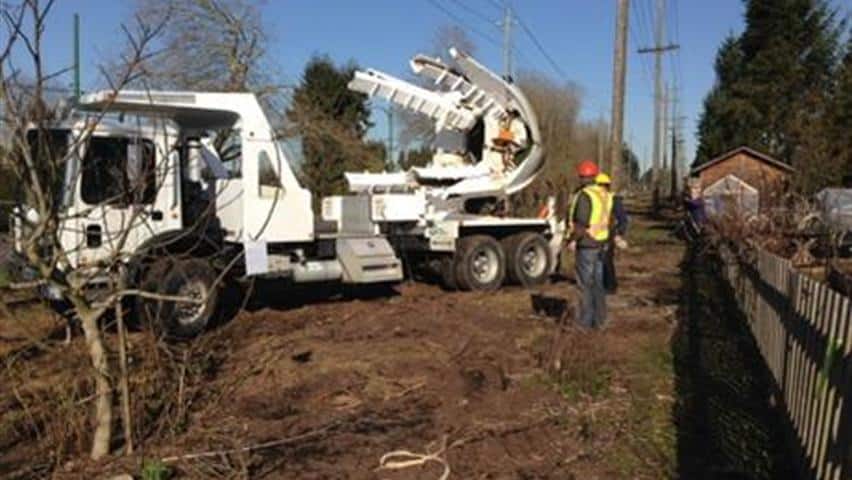 6 years ago
0:47
Vancouver Park Board workers move in to save fruit trees planted in the community gardens 0:47

Vancouver Park Board workers began digging up trees along the Arbutus Corridor on Wednesday morning to save them from destruction by CP Rail crews reactivating the old railway.

The city workers are digging up the smaller trees with shovels at a cost of about $150 each. They will be donated to the TreeKeepers, a non-profit society that will find new homes for them.

The larger trees are being dug up with mechanical tree spades at a cost of about $300 to $400 per tree. The majority will be replanted along the greenway at the city's McCleery Golf Course.

Most of the trees being saved are fruit trees, according to city officials.

The railway route is being reactivated by CP Rail after negotiations to sell the land to the city broke down last year.

CP Rail obtained a court injunction allowing it to clear out community gardens along the right of way that had sprung up since the route was last used more than a decade ago.