CP Rail has resumed its clearing of the community gardens along the Arbutus corridor, to the distress of local residents.

CP has restarted the clearing of the Arbutus rail corridor 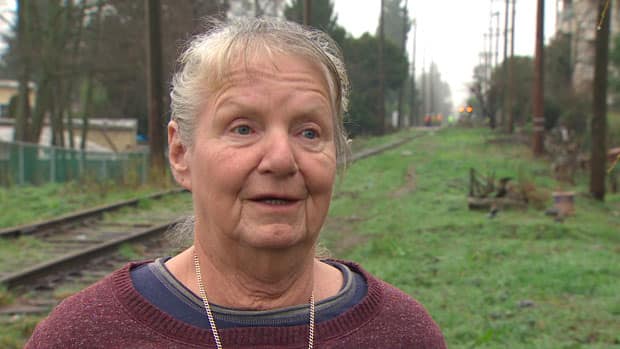 CP Rail has resumed its clearing of the community gardens along the Arbutus corridor, to the distress of local residents.

Wexler told CBC News that when the work began last August it was a shock.

"It was actually traumatic for the people who had gardens out here."

She is as upset with the city as she is with CP.

"I blame it actually on both of them," she said. "Because they need to reach an agreement, and I don't see a lot of work happening in that direction."

CP announced it would resume brush clearing in the Vancouver neighbourhood last week, less than a month after a B.C. Supreme Court judge ruled the City of Vancouver has no claim to the land.

"It is neither safe nor legal for anyone to use CP’s land along the Arbutus corridor as a commuter route (walking,
running, cycling), for storing personal goods, or for gardening (planting or removal)," said a statement from the company, warning people to stay away from the disputed area for their own safety.

CP announced in May 2014 that it planned to reactivate the track along the Arbutus corridor after more than a decade.

The rail line had become an urban greenspace popular with gardeners and cyclists. After serving notice, CP began bulldozing sheds and gardens in August.

The city stopped the work with a court injunction.

While both sides waited for the judge's decision, they tried to work out a deal for the land, but neither side could agree on a price.

With files from Bal Brach