Wheelchairs for dogs and mistaken identity. Not the usual inspiration for a film, but somehow it worked

Vancouver filmmaker Ann Marie Fleming learns how to look at aging positively after creating a three-minute animated film with help from a 100 Mile House, B.C., entrepreneur who bears the same name and sells assistive tools for senior dogs.

Connections simply too hard to ignore: same name, soft hearts and even parents who weren't sure who was who

The connections simply became too hard to ignore: same name, soft hearts and even parents who weren't sure who was who.

There's the Ann Marie Fleming who makes films in Vancouver and the Ann-Marie Fleming who makes wheelchairs for old dogs in B.C.'s Cariboo region. After being confused for each other for years, the filmmaker received a phone call from her parents in England, who got a clipping in the mail asking if she'd moved into the pet business.

Old Dog, the animated short film, was on its way to being born.

It turns out the Ann-Marie Fleming who owns Dog Quality in 100 Mile House, B.C., had made a bit of a splash last August. After selling accessories and furniture — specifically strollers, ramps and diapers — for senior dogs with mobility and incontinence issues, she designed a dog wheelchair with the British Columbia Institute of Technology.

The story made it to the U.K. where the filmmaker's parents wondered if their daughter had embarked on a new business venture.

"I thought, 'Oh, my god! This is such a wonderful project of hers.' And she totally inspired me to try to come up with this film," said filmmaker Fleming to Shelley Joyce, host of CBC's Daybreak Kamloops, about what she felt after learning more about the other Fleming's innovation.

The result is the charming and touching Old Dog that tells the story of an aging pug who needs a lift on a long walk and can't see very well anymore. It features the clever gadgets from 100 Mile House Fleming and the filmmaker's own experience of watching her father age.

The three-minute film was completed in mid-March after the two Flemings finally met at Dog Quality last November, two months after their first phone conversation.

100 Mile House Fleming was mistaken for the filmmaker for a long while, and was sent screenplays from people working in the creative industry. Although she has zero experience in filmmaking, she didn't hesitate to share her expertise when the artist showed interest in making a movie about aging dogs.

"When they [viewers] see a dog in a wheelchair [and] see a dog in a diaper, they're like 'Oh yeah, that makes sense, it must be a senior' as opposed to being surprised by it," said 100 Mile House Fleming on Daybreak Kamloops about how the film might enlighten viewers.

"You're OK, dad?" says a female voice at the end film. "We're good," replies an old man while walking away with his senior pug Henry, both wearing a purple-coloured diaper.

"That's a particularly poignant moment for me," said the movie director. "I remember people in my life and seeing that they need some help with incontinence."

Vancouver's Fleming used to feel that conversations about losing abilities were difficult, but by working with Cariboo's Fleming on the film, she can now view aging — human or canine — positively.

"When I saw Marie's little dogs with their little pink and orange diapers paddling around so happily, I thought I would really like to impart that spirit of joy into just being alive," she said.

"We're all alive. We're doing our best. And we shouldn't be afraid to share what we all go through."

Old Dog is being screened at Vancouver's Spark Animation Festival until Nov. 8.

Tap the link below to listen to the two Flemings' interview on Daybreak Kamloops: 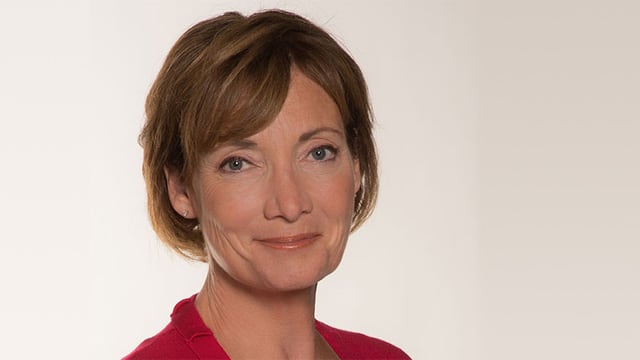