Anisa Salmi says her ex-boyfriend posted nude photos of her online and she wants new laws put in place to protect women against this type of cyberbullying. 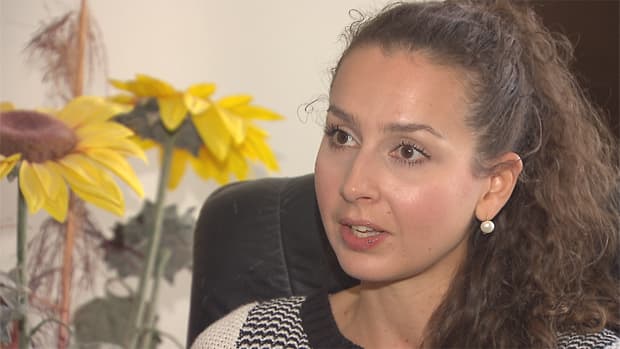 6 years agoVideo
2:10
Anisa Salmi, 27, says the laws need to change when it comes to unauthorized publishing of private images 2:10

A Richmond, B.C., woman hopes her story of having nude photos leaked online will foster laws to protect women against cyberbullying.

Anisa Salmi was working at her desk when she got the call from a friend: Did you see what was posted about you online?

When the 27-year-old typed her name into Google she saw intimate photos of her posted online on The Dirty, a U.S. website known to feature photos of men and women and comments about them.

"It was horrifying. I just felt like my life was over," said Salmi. "I felt violated."

Salmi said she immediately knew how those photos got there. She had only shared the photos with an ex-boyfriend.

When she filed a complaint with Richmond RCMP, she was equally as shocked by the response she said she got.

"They kept saying because I shared the photos willingly it was my fault," said Salmi.

Vancouver-based criminal lawyer Deanne Gaffar says if that's the case, it wasn't appropriate for the police to tell Salmi she was to blame. But, Gaffar says, under current law there isn't much the officers could have done to help her.

"The problem that exists right now is there is a gap in the jurisdiction," said Gaffar.

One city over, in Vancouver, police said that unless there are instances of criminal harassment or extortion, there isn't much they can do. But police say there is the possibility someone can sue in civil court.

However, new legislation has been proposed in the House of Commons to amend current voyeurism laws.

"It essentially deals with what is colloquially referred to as cyberbullying," said Gaffar.

If Bill C-13 passed, it will criminalize the publication of intimate images without the consent of the subject of those images.

For now, Gaffar suggests that a young woman in a similar situation should start by sending a 'cease and desist' letter to the person who posted the photos.

She also suggests that women be mindful of taking intimate digital images.

"In this day and age, with Internet and digital images which can be shared in a millisecond, you lose control over those things if you're placing the trust in someone else," said Gaffar.

Salmi was eventually able to remove the online images by paying online reputation management company Dirty Defenders $2,000 to help her.

She would have liked to pursue the matter in civil court, but the lawyers she spoke with told her it would cost up to $30,000.

Salmi says she's gotten a lot of support from other women since she posted her open letter online.

"A lot of my friends came up to me and said they were put in the same position," she said.

She says she identifies with the plight of actor Jennifer Lawrence who recently spoke out against the unauthorized online sharing of photos of her and of other celebrities that were stolen off servers, calling it a "sex crime."

"As a woman I understand how vulnerable and how horrifying it feels to have your private life on display and for people to judge you and shame you for it," Anisa said.