A former Simon Fraser University student who was convicted of torturing and killing animals and admitted to wanting to kill homeless people has been released from jail and will live in Vancouver.

WARNING: This story contains graphic details that some people may find troubling 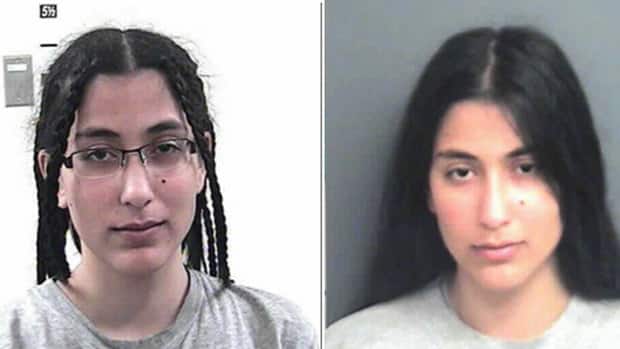 8 years ago
2:39
Despite having a high risk to reoffend, Kayla Bourque was released to live in Vancouver 2:39

A former Simon Fraser University student who was convicted of torturing and killing animals and admitted to wanting to kill homeless people has been released from jail and will live in Vancouver.

Kayla Bourque, 23, was convicted in November of causing unnecessary pain, suffering or injury to animals, wilfully and without lawful excuse killing animals, and possessing a weapon for a dangerous purpose. Child pornography charges she was facing were stayed.

The former SFU criminology student has admitted to taking delight in killing animals and fantasizing about shooting homeless people. Several psychologists who interviewed Bourque found she showed no remorse or insight into her crimes.

On Monday morning, B.C.'s Ministry of Justice confirmed Bourque was released on probation after serving just over seven months in custody.

"Bourque has an escalating criminal history," said the public notification issued by the ministry. "She has offended violently against both people and animals and is considered high risk to reoffend."

She will be closely monitored by authorities and will have to abide by 46 court-ordered conditions that will severely restrict her movements and activities, said officials.

Under the conditions, Bourque is not allowed to have anyone in her home from 6 p.m. to 6 a.m., and anyone who does visit must be made fully aware of the charges she pleaded guilty to and their circumstances.

She can't associate with anyone under the age of 18 or access the internet. She is also banned from possessing duct tape, hypodermic needles or knives.

Showed no remorse or insight

One psychologist who spoke with Bourque ahead of her sentencing in Vancouver provincial court last year testified she will likely require supervision for the rest of her life.

While intelligent and articulate, she had a preoccupation for causing pain.

Other doctors described her as a sexual sadist and narcissist with an anti-social personality disorder and sociopathic tendencies.

"It is clear that Ms. Bourque is a very unique and troubling case," Judge Malcolm MacLean said last November as he delivered what he described as "probably one of the most comprehensive probation orders I've ever done."

Adopted from a Romanian orphanage at the age of eight months, Bourque grew up in Prince George, B.C. While in high school, she admitted to having the urge to "kill someone," the judge said.

Enrolled at SFU in criminology

After graduation, she enrolled in criminology and psychology at Simon Fraser University.

While living in residence last March, she told another student she had disemboweled and dismembered cats in the Prince George area and that she fantasized about getting a gun and shooting a homeless person.

She also said she wanted to kill someone in residence and was taking forensic classes because she wanted to "get away" with something in the future.

The classmate told campus security, and police were alerted.

Bourque was initially arrested under the Mental Health Act and a search of her residence turned up a blue nylon bag with a kitchen knife, a razor blade, three large garbage bags, a hypodermic needle and a mask.

Bourque's mother has said she does not want her daughter living in the family home.

"While intelligent and articulate," MacLean said. "She had a preoccupation for causing pain."

The probation order will be reviewed in three months.