Port Moody's Aniela Guzikowski says cigarette butts should be part of a federal single-use plastic ban expected from Ottawa by 2021. 'She's always trying to make little changes that will add up to big changes,' says her mom Vicki.

A 12-year-old Port Moody girl has been steadily making headlines for her efforts to end cigarette butt pollution. Now Aniela Guzikowski is upping her game, by initiating an online petition asking that butts be part of the single-use plastics ban expected from Ottawa in 2021.

"Kids can make a difference and if people can listen to kids then they're going to learn something," she said.

After she began volunteering at the Mosson Creek Hatchery for salmon in 2018, she learned the negative affect that cellulose acetate — the plastic that cigarette butts are made from — have on fish in marine environments.

Since then she's picked up about 7,000 cigarette butts from beaches and streets to help keep them from polluting waterways. But she says it's not enough and now hopes her petition will result in even more meaningful change on the issue if enough people sign it.

"If we've got a huge number of people working together, even if its small actions, we can do something incredible," she said.

As of Sunday evening, more than 500 people had signed Guzikowski's petition.

People close to Guzikowski say her commitment to doing something to tackle cigarette butt pollution reminds them of Greta Thunberg, the 16-year-old Swedish youth, who began protesting for greater action on climate change by not going to school on Fridays. Thunberg now has a world following.

"I think Greta Thunberg's generation, Aniela's generation is more frightened than any other generation and that is part of what is driving them to speak up," she said, "But they needed a leader and Greta is one and Aniela is another."

Plastic straws, cotton swabs, drink stirrers, plates, cutlery and balloon sticks are just some of the single-use plastics that are expected to be banned by the Trudeau government as early as 2021.

"We're incredibly proud of her, she cares so much, she's an old soul with a huge heart and she believes she can make a difference not just with plastic pollution but she talks about climate change all the time," she said.

In the meantime, Aniela says she is not against smokers, she just wants them to stop dropping their cigarette butts on the ground, and place them instead somewhere where they won't end up as ocean litter.

WATCH: Aniela Guzikowski's appeal to smokers to do the right thing with cigarette butts. 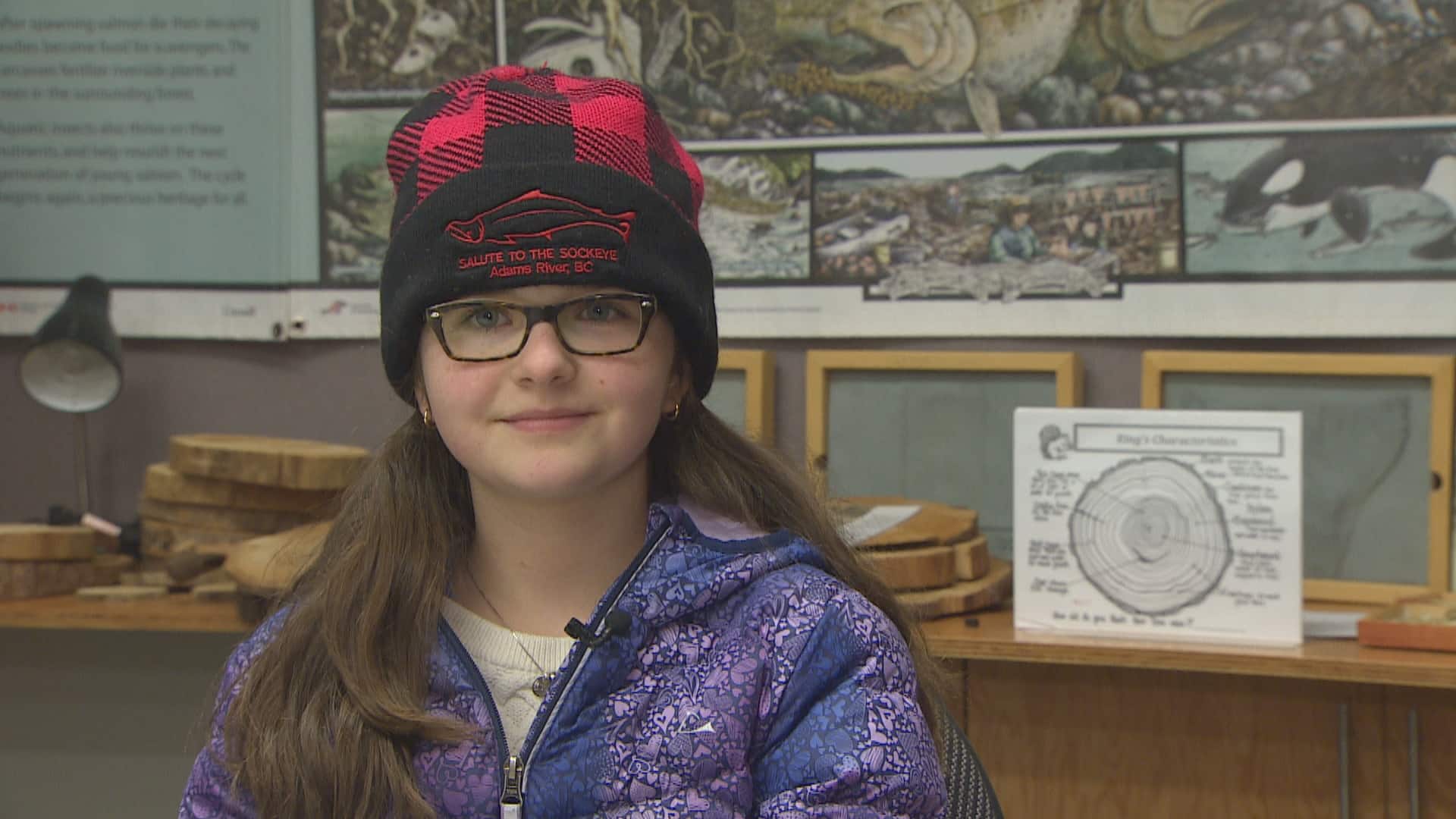 'Put it out properly'

10 months ago
0:09
Port Moody's Aniela Guzikowski wants smokers to not toss cigarette butts onto the ground. 0:09

With files from Deborah Goble