The tragic story of B.C. teen suicide victim Amanda Todd has taken another bizarre twist as the internet activist group Anonymous names a man the groups says was the girl's primary tormentor.

'Anonymous' names man it claims bullied B.C. teen who took her own life 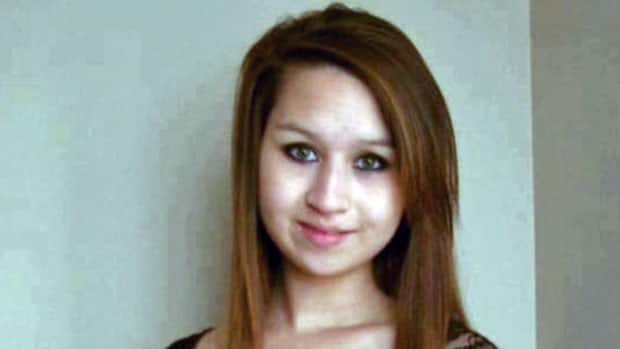 8 years agoVideo
2:32
The RCMP have been inundated with tips in their investigation into the death of Amanda Todd 2:32

The tragic story of B.C. teen suicide victim Amanda Todd has taken another bizarre twist as the internet hacking and activist group Anonymous has named a man the group says was the girl's primary tormentor.

Todd, 15, of Port Coquitlam, died last Wednesday, a month after posting a haunting video on YouTube that cited the sexualized attack that set her down a path of anxiety, depression and drug and alcohol abuse.

During her nine-minute video, the teen explains in handwritten notes that she was in Grade 7 when she was lured by an unidentified male to expose her breasts via webcam.

She says that a year later, she received a message from a man on Facebook threatening that if she didn't give him a show, he would send the webcam picture to her friends and family. She says police later told her the man followed through with his threat.

Anonymous published the name and address of a Vancouver-area man that the group claims was bullying and preying on Todd via the internet.

The activist group, whose members are known for wearing Guy Fawkes mask in order to hide their identities, claims the 32-year-old man has also made postings to child pornography sites.

The man himself has now been threatened online by others vowing to carry out vigilante justice, a development that worries Vancouver defence lawyer Eric Gottardi.

"The system isn't supposed to convict someone before charges are laid. It’s not supposed to be judge, jury and executioner, all in the public forum," Gottardi said. "We have a justice system. It’s supposed to work, it does work."

Todd's family has pleaded with people to report anyone desecrating online tribute pages to Amanda and also to come forward with information about those who bullied her online:

Her aunt, Leanna Todd, of Halifax, told CBC News that the public response to Todd's death and the discussion about bullying have provided the family with much comfort.

"I've really been overwhelmed by it. I knew there would be an outcry. I didn't know it would be an international outcry and I don't think her parents expected it either."

Two dozen RCMP investigators have been assigned to look into the bullying, which could bring charges of criminal harassment.

A spokesman told CBC News Monday that police are aware of the social media speculation about Todd’s alleged tormentor, but would not comment further.

A national child anti-exploitation group, cybertip.ca, says it received a tip almost a year ago about Todd.

A concerned citizen contacted the organization last November to report that images of Todd were being circulated online, said spokeswoman Signy Arnason.

"We did receive one report, and that was passed along to law enforcement as well as child welfare," Arnason said Monday. "It was not a report from her, but it was a report from a concerned citizen."

The kind of sexual exploitation described by Todd is part of a seedy cyber-underworld that targets young girls and it is not bullying, but a vicious crime that should be pursued even after her death, say child advocates.

"Threats are a very common tactic utilized by individuals in their attempts to extort more information off of the kids," said Arnason, whose group will release a report on online luring later this week.

About one per cent of the 67,000 reports they've received since 2005 involve luring – a number that is significant when cases can spiral out of control as they did for Todd.

"Being sexually curious is not an abnormal thing as an adolescent. It's quite developmentally normal. The problem is that when you combine it with the online world then the effects can be devastating."

"You get a lot of youth — and Amanda's not unusual — where they do feel like their life is over, and it's just so incredibly tragic what occurred for her," Arnason said.

With files from The Canadian Press and CBC's Chris Brown