5 years after the death of Amanda Todd, her story still resonates

On the fifth anniversary of her death by suicide, Amanda Todd's mother says her death has helped expose ongoing problems with online bullying and harassment.

In the five years since B.C. teen Amanda Todd died by suicide, her mother Carol Todd has been working toward raising awareness about mental health issues and depression among teens.

"Her story resonates in people because it could hit close to home. It's not only if you're affected, it's about if you have a family member or friend who's affected," Todd told CBC News.

Amanda took her own life on Oct. 10, 2012, after posting a video on YouTube saying she had been blackmailed by an online predator.

In the video, the 15-year-old held up flashcards explaining how she sank into depression after being taunted and physically attacked at school.

Her mother has watched that video countless times in the past five years as she spoke with parents, teenagers and communities across the country about mental health and how to help loved ones who are suffering.

"When Amanda was alive six years ago, I remember struggling to find resources. I had to ask and ask and dig, and now it's a lot easier to find help and support," Todd said.

"But I'm also concerned at the number of people we see with depression, anxiety, that go untreated." 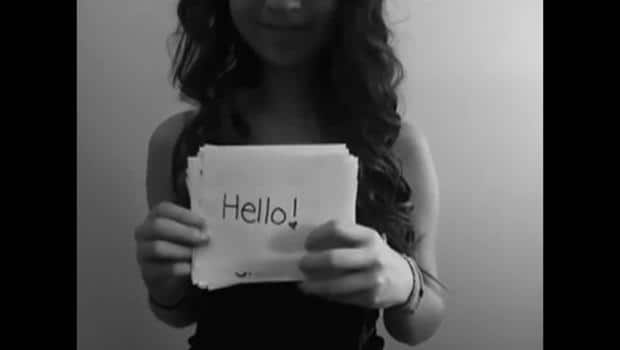 The Sextortion of Amanda Todd

7 years ago
45:13
With never-before seen videos and online chats, the fifth estate tells the real story of what happened to Amanda Todd, the B.C. teen haunted by one revealing photo on the Internet. The blackmail and the sexual extortion that drove her to her death -- and the new breed of online predators who threaten the many other young people who take risks online. 45:13

To mark the anniversary of Amanda's death — which just happens to fall on World Mental Health Day — her mother started the Light Up Purple campaign.

Every year on Oct. 10, world landmarks and public buildings are lit in Amanda's favourite colour to spark conversations about mental illness.

Last year, the London Eye ferris wheel participated. This year, Toronto's Bloor Viaduct — a frequent site for suicides — will be purple as well.

While Todd feels many people have become more open about their mental health in the years since Amanda died, cyber-bullying is still a problem with the capacity to ruin lives.

"We have to be a more compassionate society these days in order to make it go away," Todd said.

The message she stresses when people reach out to her with stories of their struggles is that empathy is crucial.

"I always tell young people, you have to look after yourself physically, emotionally, and be kind to each other," Todd said.

With files from Jesse Johnston

Stalking Amanda: The Man in the Shadows

6 years ago
45:11
The name of Amanda Todd became synonymous with cyber-bullying and loss after the B.C. teenager committed suicide. Mark Kelley of the fifth estate reveals the never before told story of her accused online stalker, the global police hunt for him and troubling questions about why the suspect wasn't stopped before Amanda took her own life. 45:11
CBC's Journalistic Standards and Practices|About CBC News