Alleged street-racing cars may be confiscated

Police say a number of luxury vehicles used in alleged street race in Metro Vancouver could be confiscated by the B.C. provincial government. 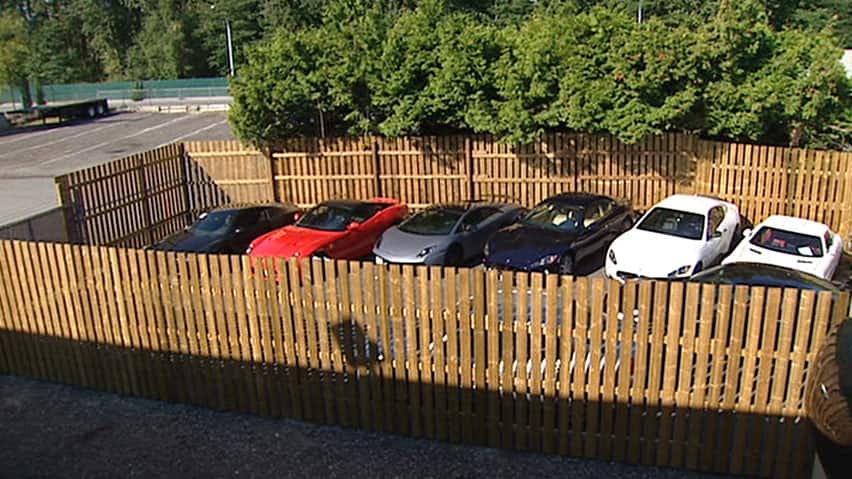 9 years agoVideo
2:05
Some of the 13 expensive sports cars caught racing down Highway 99 in B.C. may be seized by civil forfeiture, the CBC's Tim Weekes reports 2:05

Police say a number of luxury vehicles used in alleged street race in Metro Vancouver could be confiscated by the B.C. provincial government.

Police had pulled the vehicles over after witnesses called 911 with reports of cars racing at speeds of 200 km/h while southbound on Highway 99 in Richmond.

Included among the cars were three Lamborghinis, two Maseratis and an Aston Martin.

The drivers were issued $196 tickets for driving without due care and attention.

But police say there wasn't enough evidence to proceed with criminal charges, which would have made impounding the vehicles more straightforward.

However, RCMP are still recommending that five of the vehicles be impounded, said spokeswoman Cpl. Holly Marks.

"Based on the fact that they had been involved in street racing, that there was the potential for catastrophic injury or death, that their driving showed a complete disregard for the other motorists on the road," Marks said.

B.C. Solicitor General Shirley Bond said the province sought to impound all of the cars allegedly involved in the race.

"It’s only for a lack of enough evidence … that we don’t see 13 vehicles on this list," said Bond.   "I think the major message today is that there will be serious consequences to pay in situations like this."

Marks said RCMP have received many calls from the public about the Highway 99 incident.

"Driving in this province is a privilege, not a right, so there’s been a lot of outcry for more action to be taken."

Two of the drivers paid a $300 impoundment fee as they picked up their vehicles in Vancouver Thursday.

Neither of the young men would comment to CBC News and one tried to hide his face from cameras Thursday before driving off.