Confessed serial killer Israel Keyes made at least two stops in British Columbia, according to the FBI, as he criss-crossed his way across the United States between 2001 to 2012. 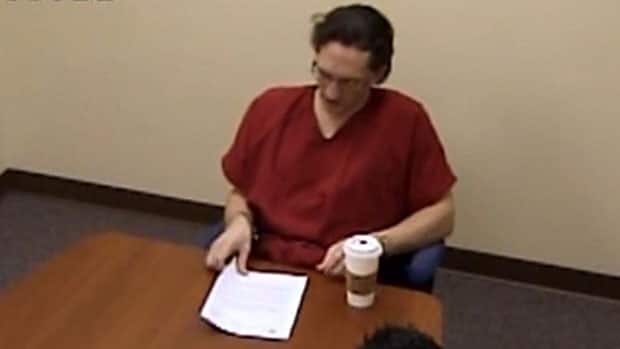 Confessed serial killer Israel Keyes made at least two stops in British Columbia, according to the FBI, as he criss-crossed his way through the U.S. between 2001 to 2012.

Keyes committed suicide last year while in jail for killing an Alaska barista. He is believed to have killed up to 11 people.

According to the FBI, from 2001 to 2007, Keyes lived in Neah Bay, on the northwestern tip of Washington state near the Canadian border.

Financial records show he stayed for at least a few days at the Traveller’s Inn on Douglas Street in Victoria in April 2006, and that he rented a boat through Island Boat Rentals in the Victoria harbour during his time in the B.C. capital.

A year later, in March 2007, Keyes stayed in the Bonaparte Motel in Cache Creek, about 350 kilometres northeast of Vancouver, on his way to Alaska.

The FBI said that while Keyes was in custody, he was slow to come forward with details, warning investigators he would stop talking if his name was released publicly.

When he committed suicide in an Alaska jail, he left behind an incomplete picture of a loner who travelled the country for more than a decade, picking victims at random and methodically killing them.

Officials believe there are more victims, but they may never know who they are.

Jeff Bell, one of the FBI officers who interrogated Keyes, said the FBI isn’t sure if there were any Canadian victims.

"Most of the time he spent in Canada was when he was driving from Washington to Alaska. That would have been the most opportunity that he had to commit one of those crimes," he said.

Bell said the FBI is now sifting through leads from all over the continent hoping to catch a break in the case.

"When we got to Canada, he made a joke that said Canadians don't count," Bell said. "I did take that to be a joke, that he really wasn't responsible for something in Canada, however, with the trip especially in 2006, anything's possible with him."

In interviews with investigators, Keyes detailed extensive planning, including burying caches of weapons at various points across the U.S.

The FBI said it recovered weapons and items used to dispose of bodies from hiding places just north of Anchorage and near Blake Falls Reservoir in New York.