A Burnaby family is shocked to find their two-year-old is not guaranteed a seat next to a parent on an Air Canada flight. 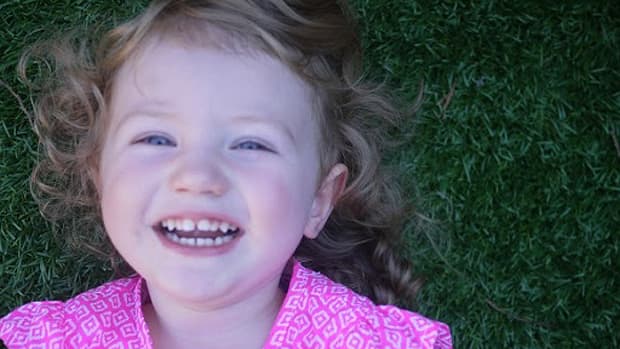 4 years ago
2:06
Family discovers that, on Tango flights, it is only required that a parent of a child aged two to eight is seated in the same cabin as their child 2:06

Many parents may dream of taking a flight with their toddler assigned a seat far, far away, but few would consider it a serious — or safe — option.

But as Caley and Matt Hartney discovered after booking return flights from Vancouver to Toronto for themselves and their two-year-old daughter, Charlotte, Air Canada only guarantees a child between the ages of two and eight will be seated in the same cabin as a parent or guardian, not an adjacent seat, or even the same row.

Unless, that is, a $40 fee is paid to reserve a specific seat.

Confused at what the online ticketing system appeared to be telling her, Caley Hartney called Air Canada customer service, where the agent confirmed the required fee and referred her to the company's conditions of service on their website.

The agent said that according to Air Canada rules, it is only required that a parent of a child aged two to eight is seated in the same cabin as their child.

When she asked to speak to someone else, the agent said the only other route to protest the fee was to write to Air Canada's president (which they have done).

The Hartneys did pay the fee for the two adult seats, but have refused to add the $40 charge to their daughter's already full price fare, arguing that the current system makes no sense.

"My wife refused," Matt Hartney, an accountant from Burnaby, told CBC News Thursday. "[She explained] that she's comfortable paying for both adults, but that a child should not have a reserved seat fee, given that a two-year-old should have to sit next to a parent.

"You can't book a two-year-old a seat on their own — the system won't allow it. You have to add the child to the adult's ticket," he added.

"If it is the policy of Air Canada, that every time a child flies, to ensure they sit next to a parent they have to pay a $40 charge, then it's not optional. And if it's not optional, it should be disclosed up front and included in the fare when you reserve the flight."

And the idea that a toddler could happily be seated away from her parents for the duration of a flight is, Hartney says, "a bit silly.

"It's not fair to have our two-year-old sit with other folks who have to take care of her. She's not necessarily communicative.

"We can understand her sometimes," he laughed. " But I'm not sure everyone else is going to."

He may joke, but Hartney says there is a serious point here.

"Who's responsible for her on board? Is it the other passengers or is it the Air Canada staff? Are they going to take her to the washroom and change her? Are they going to feed her? Entertain her? I'm not sure how that would play out."

Hartney says that although his family can pay the extra fee, he empathizes with those families who book flights only to find charges that make their trip hard to afford.

"There may be other folks out there who, for them, it is a significant fee, and it should be disclosed to them before they book."

Hartney says he expects that once the family is on board, reason will prevail, and Charlotte will be found a seat next to one or both of her parents, but insists that the system is flawed.

"If it's mandatory, the fee should be built in. That way, when we book, we know that a child seat is essentially more expensive than an adult seat and that's the rules of Air Canada, and everyone's aware of it."

In an emailed statement, Air Canada said that the seat fees are only an issue on the airline's Tango fares.

Air Canada says on its website that Tango offers "our lowest fares when you don't anticipate changes to your travel plans."

"The best way for customers travelling on a Tango fare to guarantee specific seat assignment is to purchase seat selection at time of booking for a nominal fee," the statement reads.

"In the event that customers have not pre-selected their seats, we have in place processes to reduce the possibility of being separated."

"We encourage parents to advise us that there are children in their party by completing the necessary fields when booking on aircanada.com. We also communicate to our travel agency partners the importance of collecting this information at time of booking. (Our safeguard process to reduce the possibility of being separated onboard will only work as designed if we are aware that children are travelling.)"