After overcoming the odds, B.C. UFC fighter forced to put career on hold due to pandemic

Tristan Connelly was training for his sophomore UFC fight when the global pandemic was declared. The 34-year-old is uncertain when he'll return.

When Canadians across the world were being urged to come home by Prime Minister Justin Trudeau, Tristan Connelly was pouring sweat onto the mats of a Las Vegas gym, training to fight another man inside an eight-sided cage. His physical conditioning was at its peak, and Connelly wasn't ready to let months of hard work go to waste.

"As long as there was even a fraction of a chance I'll get to fight, I was going to stay," the prizefighter told CBC News.

"I was feeling like I was 100 per cent, and everything was coming together. And then, within a very short period of time, as everyone knows, everything went to chaos," Connelly said.

He was preparing for his second fight with Ultimate Fighting Championship. It would be a highly anticipated return, after his Rocky-like UFC debut in front of a hometown crowd at Vancouver's Rogers Arena last summer.

But as coronavirus outbreaks spiked in countries across the world, Connelly saw the walls start to crumble. Major sports leagues began shutting down, businesses closed up shop, and travellers rushed to get home.

It wasn't long before the UFC indefinitely postponed its next three events — including the April 11 card in Portland, Oregon, where Connelly was scheduled to compete.

Like hundreds of fighters on the UFC roster, Connelly's career is now on hold — there's no clear timeline for when he'll return to the cage. He fears it could be months, even a year — valuable chunks of time in a sport where an athlete's competitive window only last so long.

It took Connelly nearly a decade of fighting on regional shows before he was called up to the UFC. He was brought in as a last-minute replacement to fight a larger opponent in Brazilian Michel Pereira at an event in Vancouver last August.

Connelly, on five days' notice and as a nearly four-to-one underdog, braved an early onslaught of kicks and punches from the flashy Pereira. He slowly took over the fight, wearing his opponent out, and scoring a unanimous decision victory.

"Very few people gave me any credit at all to be able to win the fight, the betting odds were all against me," Connelly said.

"It just blew up from there. The internet went crazy, there were all sorts of memes and videos over the next few weeks ... it went from [only hardcore fans] knowing who I was, to everyone in the industry knowing who I was." 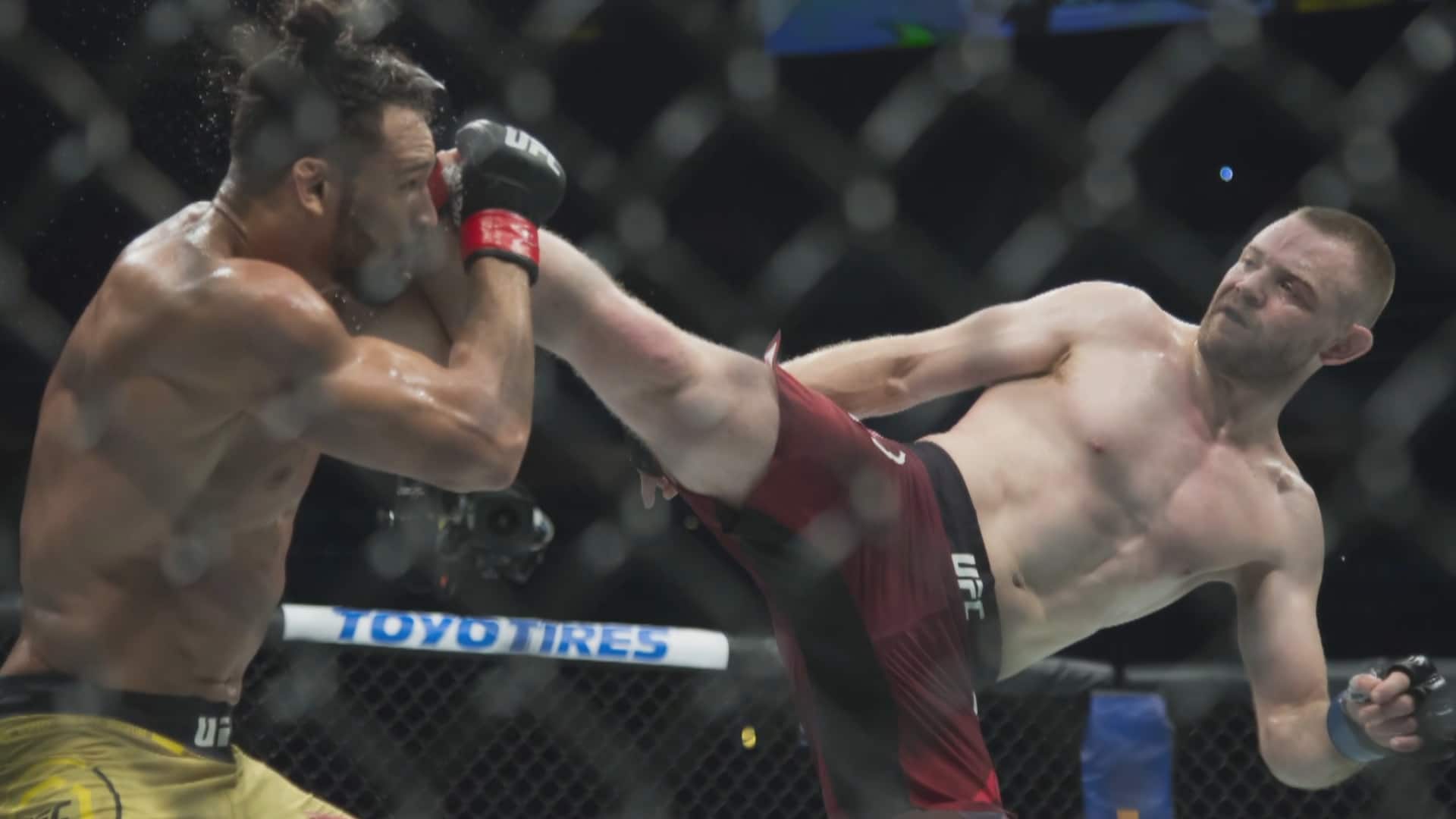 Why Tristan Connelly would be tempted to fight during the pandemic

7 months agoVideo
1:04
UFC fighter says he’s in his athletic prime, and the clock is ticking 1:04

Down, but not out

Eager to build on the momentum, Connelly signed a contract to fight UFC fighter Alex da Silva at an event in Portland. Connelly started his training camp in January, putting his work as a mixed martial arts instructor on hold. He travelled to Nevada, training at a handful of gyms as well as the UFC's performance institute.

The UFC isn't contractually obligated to pay fighters if a show falls through.

The company planned to resume its schedule and host crowdless events starting April 18, even though public health officials advised against it. Those plans were scrapped after its broadcast partners — Disney and ESPN — stepped in. The company is now pursuing hosting events on a private island.

Connelly said he's staying in shape should he get another short-notice call to fight. But in the meantime, he's focused on a new chapter in his life — fatherhood.

"I have a baby coming in July, so right now, [I'm] keeping everything ready and safe for them, and making sure they have a safe entry into this world," he said.