An increasing number of Vancouver homeowners are changing the numbers in their property addresses — to attract either good luck or Chinese homebuyers. 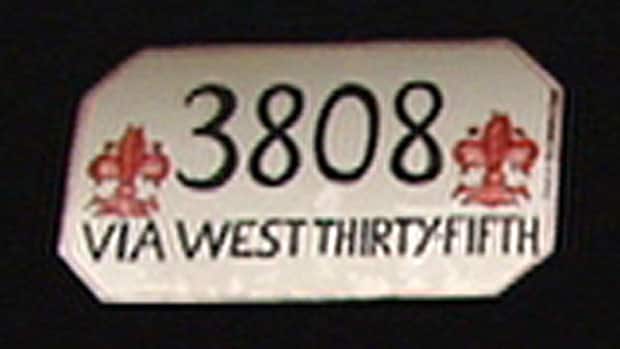 10 years ago
2:07
More Vancouverites are changing their address numbers to sell their homes faster and for more money, the CBC's Leah Hendry reports 2:07

An increasing number of Vancouver homeowners are changing the numbers in their property addresses — to attract either good luck or Chinese homebuyers.

Homeowners can apply to the city — for a $676 fee — to have the numbers altered to something more culturally appealing.

The number four may seem innocuous, but for some cultures the word sounds similar to the word for death.

"In Chinese, it is pronounced as sssss, and the Chinese [word for] death is zssss," said Vancouver realtor Alec Zhang. "That is why people do not like the four."

A number ending in four is especially avoided, he said.

In Cantonese, the number eight sounds like the word for fortune and the number six means smooth and easy, Zhang said.

Last year, 135 Vancouver homeowners opted to change their address number and the trend is continuing, according to Bonnie Lee, the City of Vancouver's addressing coordinator.

"It's definitely picking up this year already," said Lee. "We've had about eight just in the first week of March. It's a happening thing."

Realtor Wayne Hamill changed his own address number to 3808 from 3806, which was already a good number — but the new one could even be better.

Linda Wener had her home on the market for five weeks before it sold for well below her asking price.

Zhang said the number could have been a factor in how the sale went.

"If you keep this number, it may reduce your house value by two, three, even five per cent," he said. "If you can change the number to 3468 or 3466, that would be a perfect number for Chinese buyers. "

But the agents add that an unfortunate address can always be overlooked if the price is right, and even throwing some eights into the listing price might bring some good luck.

With files from the CBC's Leah Hendry