A B.C. teenager says she can't get the owners of a U.S. website to take down allegedly libellous and hurtful comments someone has posted about her. 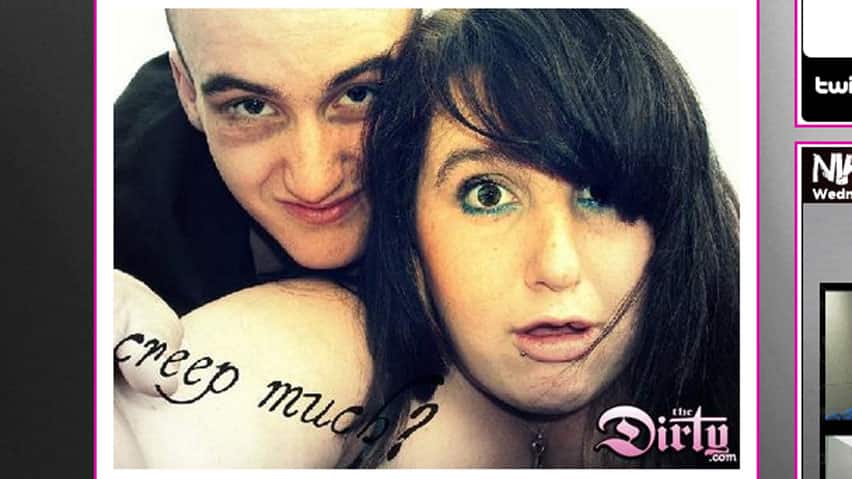 9 years ago
2:17
A Kamloops, B.C. teen is fighting back against a website that some say takes cyberbullying to the extreme, reports the CBC's Leia Hutchings 2:17

A B.C. teenager says she can't get the owners of a U.S. website to take down allegedly libellous and hurtful comments someone has posted about her.

Jordin Steele, 19, of Kamloops, says that although her reputation is at stake, she’s been told there's not much she can do to force the California-based website to comply.

The website openly solicits readers to "submit dirt" about other people.

Steele said she felt sick to her stomach when she saw the nasty comments someone posted about her online.

"I was appalled and disgusted by all the stuff that was written on there," she said, after being notified of the posting by a friend.

Someone had taken pictures of Steele and her boyfriend from her Facebook page and made up a story implying that she was grossly promiscuous and he was possibly a pedophile.

"I just kind of felt like my public reputation was ruined — and my work reputation," Steele said. "What bothers me the most is that I work in customer service, and with children."

Steele said she emailed the website last week and asked to have the comments removed, but the post was still there Monday.

She said she called the RCMP, but was told that because the website is based in a foreign country, there is little they can do about it.

There is legal recourse someone in Steele's position can take, but it can be time-consuming and expensive, according to Vancouver media lawyer Dan Burnett.

"A person who's a victim of abuse on a website is in a difficult position," Burnett told CBC News.

He said the first thing someone should do is notify the website operator of the abuse and if they're reputable they'll do something about it.

"If one of those doesn't work, you're looking at the expense and time of seeking a court order," which could be issued against the web operator or web host, Burnett said.

Burnett said it might take a series of court orders to find out who actually posted the abusive material, but once the person is identified, legal action could be taken against them.

Steele said she suspects that a former friend posted the pictures and comments, but isn't certain.

She hopes speaking out publicly about this extreme form of cyber-bullying will serve as a warning to others.

With files from the CBC's Brady Strachan