School officials in Abbotsford, B.C., say stabbings at a local high school that left one student dead and another in hospital were a "random act of violence."

School officials in Abbotsford, B.C., say stabbings at a local high school that left one student dead and another in hospital were a "random act of violence."

"In the middle of this — again — horrific situation, they stopped this individual first by just yelling at him and then the staff converged on him and got him," said Godden.

"The knife fell from his hands and [they] got him to take a seat while they held him in some restraint and then provided first aid to the students who were obviously hurt."

One of the students died later in hospital. The other is in hospital in stable condition. 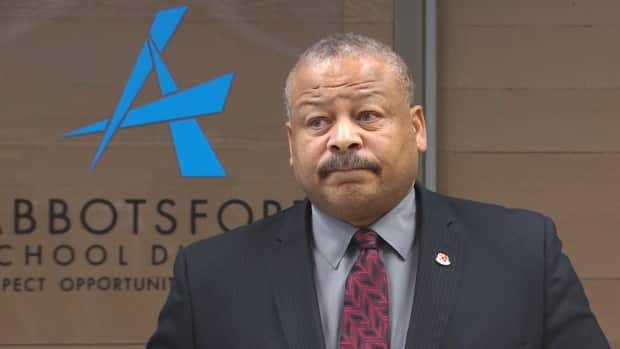 How the staff at Abbotsford Secondary subdued the alleged attacker

The suspect remains in police custody and no charges have been announced yet. His identity has not been released but officials confirmed he is not a student at the school.

Out of respect for the families, Godden said he would not yet release any more information on the identity of the female victims, though details about both have been widely circulated on social media. Police have also not released their identities.

Abbotsford Senior Secondary School, east of Vancouver, was closed today, and Godden said the school district will announce later today when it will reopen.

Godden said the quick reaction to the incident by staff showed the school's safety procedures were effective.

"While we practise lockdown drills throughout the year, you can never truly prepare for a situation like this. The quick reaction of our school staff shows that our critical incident protocols are effective."

Nevertheless, he said, in the coming days officials will be debriefing staff and conducting a full review of safety protocols.

"There is nothing that would preclude any stranger from walking into any school," said Godden Wednesday morning.

"It is one of the things we are going to look at — that we have to look at."

He also said other schools in the district would be locked today with just a single point of entry.

Premier Christy Clark also spoke about her concerns on Wednesday morning and expressed her condolences to the families involved.

"I think that it would be an understatement to say that we're all shaken by what happened in Abbotsford. For any parent the loss of a child is the most frightening prospect and absolutely the most painful thing that can happen in a parent's life," said Clark. 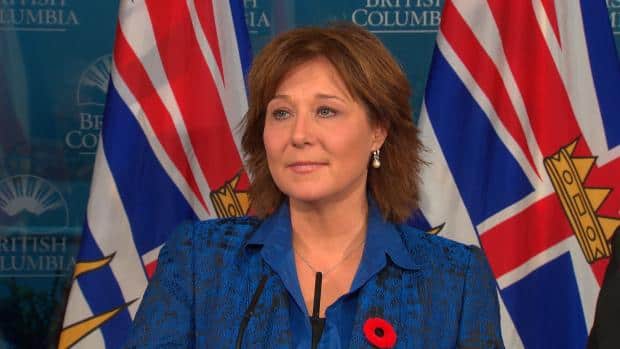 4 years ago
0:59
"For any parent, the loss of a child is the most frightening prospect": Christy Clark 0:59

Clark also promised a full review of the incident after the police investigation concludes and praised the school staff who stepped in to subdue the attacker.

"Two senior staff stepped in and probably saved a life. They thought fast and they showed real courage, and one of those children is alive today because of that."

Plea to 'cease circulation' of video

Godden also pleaded for anyone with a copy of a video of the stabbing that was captured by a student and shared on social media "to cease circulation of it."

"This video is a trigger to trauma, not only for our students and our community, but for any person that has been involved in a traumatic incident."

Meanwhile, counselling services were being offered for students and others in the gym at St. Ann's Roman Catholic Church just across the street.

"We extend our sincere condolences to our families and to both the students. Our thoughts are with the students and staff at Abbotsford Senior and also our community as a whole. When one of us hurts we all do," said Godden.

Counselling/support available for those affected by the Abby Secondary incident yesterday. Starts at 9 at St Ann's parish on Mayfair <a href="https://t.co/CWBuQHDnSr">pic.twitter.com/CWBuQHDnSr</a>

Details of the attack have not been released by police or school officials, but students reported hearing screams coming from the hallway.

"All of a sudden, I heard screeching from the lower rotunda area. It was just like a girl screaming for help, then a whole bunch of screams for ambulances," Grade 11 student Jordan Hlady told CBC News Tuesday night. 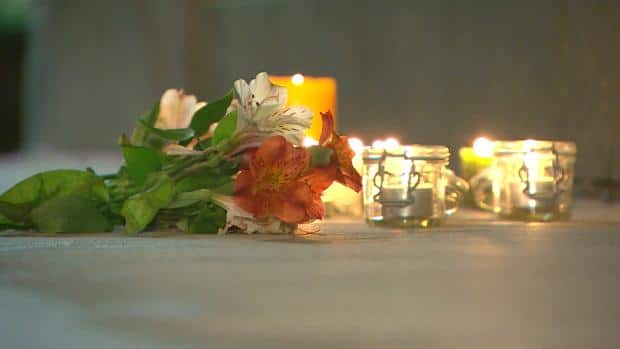 The school was locked down for three hours as police dealt with the victims and assailant and searched the school for any possible accomplices.

"I really can't forget hearing the screams," said Hlady. "It was really disturbing. It could have been any of us. I guess they were just in the wrong place at the wrong time."

Anxious parents were kept back from the school for several hours by police, before the students were finally released later in the afternoon.

"Anytime something like this happens, you just think of the worst-case scenario — that it could have been your own kid, and it just makes me want to hug them even tighter," said parent Becky Edwards.

By Tuesday evening, a small memorial of flowers and candles had been set up outside the school.

News of the stabbings has led to an outpouring of concern across Canada, with many on social media using the hashtag #abbystrong.

As a parent, it is heartbreaking to hear of the tragedy at Abbotsford Senior Secondary. My thoughts are with the entire school community.

As a sign of support, other schools in the district say students can wear Abbotsford Senior Secondary's colours, black and red, to school Wednesday.