Two suspects have been charged after an alleged theft at an outdoor recreation store in Abbotsford, B.C., on Friday led to a police-involved shooting.

Two suspects have been charged after an alleged theft at an outdoor recreation store in Abbotsford, B.C., on Friday ended with one of the suspects being shot by police.

Andrew Edmunds and John Moon are facing multiple charges in relation to the incident outside the Cabela's store in the McCallum Junction shopping centre, police said in a statement Monday.

Officers were called to the store just after 3:15 p.m. PT Friday for a report of a theft in progress.

An officer confronted two suspects leaving the store, and police allege that one suspect used pepper spray on them as both ran away.

Police allege that the suspect with the pepper spray then returned, sprayed the officer again and then assaulted the officer.

The officer then shot the suspect. 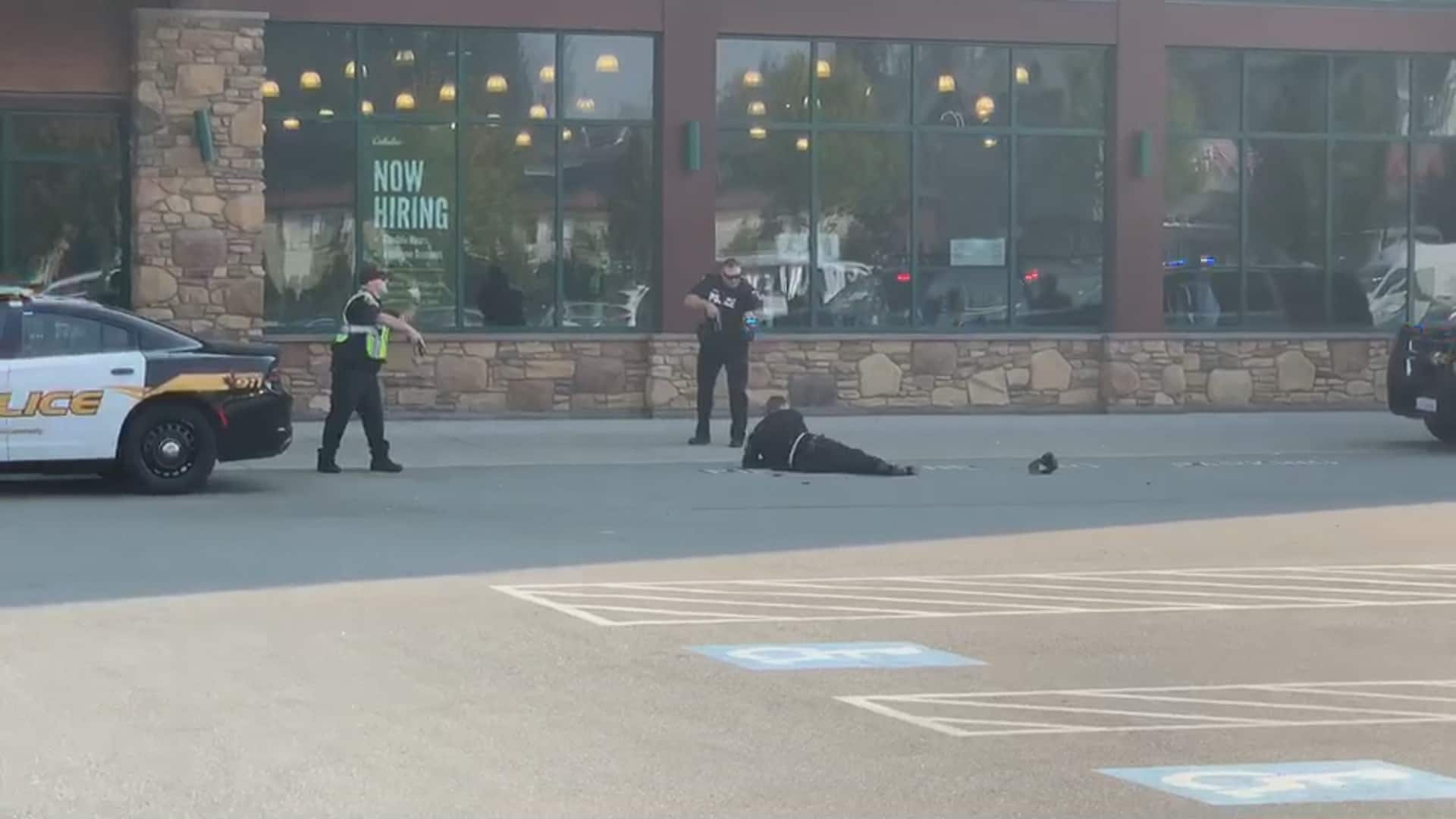 1 month ago
0:53
Bystander video shows a suspect in a theft at a Cabela's store in Abbostford who was shot by police. 0:53

Video from the scene shows a man lying on the pavement outside Cabela's, dragging himself on the ground as a police officer points a gun at him. One person standing nearby throws something at the man on the ground.

Other officers eventually arrive, surround the man with guns drawn and yell at him. One of the officers appears to shoot him with a projectile.

Both the suspect and first responding officer were taken to hospital. One person was in critical condition and the other in serious condition, B.C. Emergency Health Services said.

On Monday, police said Moon is still in hospital with non-life-threatening injuries and remains in custody.

"The Abbotsford police officer has been released from hospital and is recovering at home," the statement added.

Edmunds and Moon have been charged with theft, assaulting a peace officer with a weapon and wearing a disguise with intent to commit an indictable offence. Moon was also charged with possessing a weapon for a dangerous purpose.

The Independent Investigations Office (IIO) is investigating the shooting.

Anyone who saw what happened or recorded video of the incident is asked to call the IIO at 1-855-446-8477 or use the contact form on its website.

With files from Bethany Lindsay, Tina Lovgreen and Dan Burritt