7 p.m. cheer hasn't stopped in this Vancouver neighbourhood — and won't any time soon

A group of neighbours in Vancouver haven't stopped cheering for health-care and essential workers and vow to keep at it until a COVID-19 vaccine is ready.

A group of neighbours in Vancouver haven't stopped cheering for health-care and essential workers and vow to keep at it until a COVID-19 vaccine is ready.

Christina Braybrooke, who lives near Main Street and 41st Avenue, says a core group of about 15 people are resolute in keeping the cheer going.

"The hospital workers and essential workers don't get to stop," she said. "We're here to support them as long as they're continuing, we'll be here for them."

Many municipalities in B.C. began a nightly cheer at 7 p.m. in March, copying what was being done in other cities around the world to thank workers on the frontline of the global pandemic which to date has killed more than one million people.

The cheer has people standing outside on sidewalks, yards or balconies, banging on pots and pans, even playing musical instruments.

In the summer and into the fall, cheering began to wane in B.C. as daily case numbers ebbed. Braybrooke admits that earlier sunsets and colder weather is also turning down the noise for some, but not for her and her neighbours.

"Interest has waned a little bit," she said about other parts of the city.

"We've all gotten tired and the weather has gotten worse and we just wanted to show that we're here until the end." 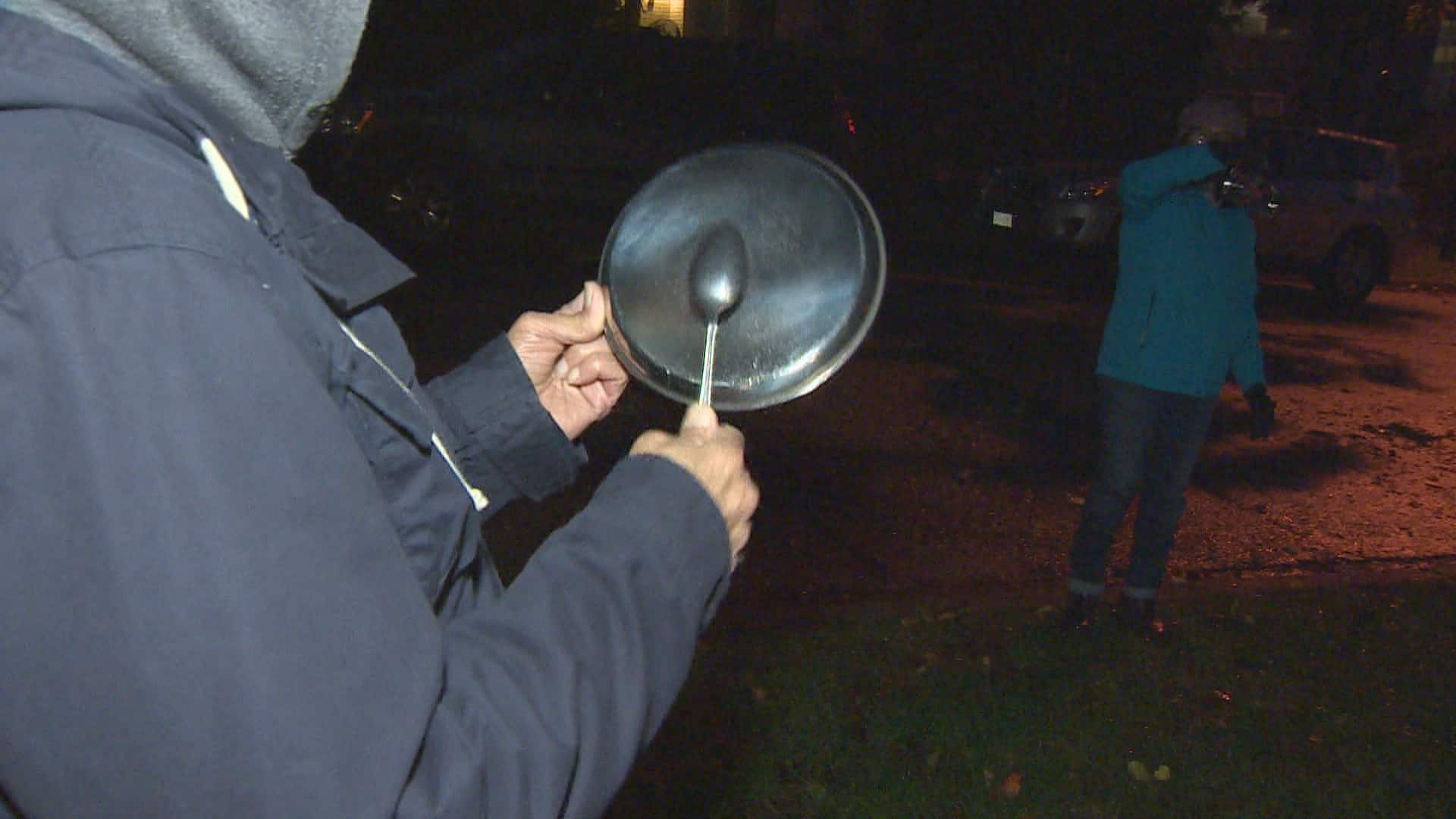 1 month agoVideo
0:21
A group of about 15 people in Vancouver have been cheering for frontline workers since March 2020. The nightly gatherings are fostering community spirit, they say, along with saying thank you. 0:21

Braybrooke said that the nights of gathering and making noise for months has brought the neighbourhood closer together.

The group share hope each night by giving each other physically distanced greetings, having bring-your-own-meal dinner parties and hot drinks.

Braybrooke said that the group didn't actually know each other all that well at the beginning, but that has changed.

They now celebrate birthdays and other life events at the cheer sessions along with thanking pandemic frontline workers.

"Together our group has kept each other hopeful, shared our concerns, and comforted others," said Braybrook.

With files from Meera Bains and Kevin Li.