TransLink is coming under fire for its plans to spend more than $600,000 on public art installations at the Main Street, Commercial-Broadway and Metrotown SkyTrain stations. 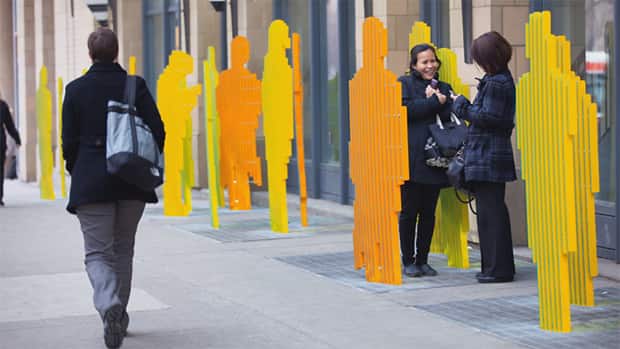 TransLink is coming under fire for its plans to spend more than $600,000 on public art installations at the Main Street, Commercial-Broadway and Metrotown SkyTrain stations.

In addition an artist selection process is underway for art installations at Commercial-Broadway and Metrotown stations, which are expected to cost $450,000, Ling confirmed.

It hasn't yet been revealed what form the installations will take, but Ling said many other transit systems in North America benefit from public art programs.

"The artwork will make the station more welcoming, creating a vibrant community, and developing a safer environment. The art is people-friendly and will add to the rider experience and benefit our customers— it is a customer amenity," she wrote.

"Rarely are public art works defaced or vandalized. People, if they feel a connection to them, they feel a sense of ownership in them — almost a stewardship for them — and they take care of them," said Anholt.

But some critics such as Delta Mayor Lois Jackson say the cost for Metro Vancouver is too high.

She believes the money should be spent on improving stations and increasing service instead.

"You know in some stations we don't even have escalators for some of the seniors to go up and down, yet we've got all this extra hundreds of thousands of dollars for art. And I think that's totally wrong-headed," she said.

"I wish they were taking the money they're putting into art, and putting it into a bus. Even one little bus extra would be helpful."

"It has to be prioritized," she said. "And I think that is where the thinking needs to come from. The station is needed, there is no doubt about that. But when you look at the dollars, there are scarce dollars. Is it better spent there or is it better spent somewhere else?"

Earlier this year, TransLink was criticized for funding the installation of a white poodle statue in Mount Pleasant at a cost of $100,000.

Ling said news reports that artwork would be commissioned for New Westminster station are false.

"The development integrated with the station includes a significant public art component," she said.