6 more have died as B.C. confirms unprecedented 1,120 new cases of COVID-19 over the weekend

Deputy Provincial Health Officer Dr. Réka Gustafson announced the latest numbers on Monday afternoon, revealing that the active caseload is now 2,945 patients. Of those, 90 are in hospital, including 19 in intensive care.

There are now 2,945 active cases of the coronavirus, including 90 people who are in hospital

B.C.'s COVID-19 numbers continue to grow at an unprecedented rate, with another six deaths and 1,120 new cases confirmed over the weekend.

Deputy Provincial Health Officer Dr. Réka Gustafson announced the latest numbers on Monday afternoon, revealing that the active caseload is now 2,945 patients, 90 of whom are in hospital, including 19 in intensive care.

The new case numbers confirmed for each of the last three days are the highest that B.C. has seen so far, with 352 from Friday to Saturday, 389 from Saturday to Sunday and 379 from Sunday to Monday.

"These numbers are concerning to all of us, but we have learned a lot about COVID-19 since the beginning of the pandemic," Gustafson said.

She said the goal of public health officials will continue to be minimizing severe illness and death while keeping communities as open as possible.

The vast majority of new cases are in the Lower Mainland, including 830 in the Fraser Health region and 234 in the Vancouver Coastal Health region.

To date, 15,501 cases of the illness caused by the novel coronavirus have been confirmed in B.C. and 269 people have died. Three new outbreaks have been detected in the health-care system, bringing the total number of active outbreaks to 28, including 26 in long-term care and two in acute care.

There are now 6,448 people under active monitoring by public health workers because of potential exposure to the virus.

Asked how big a caseload B.C. would need to see before bringing in tighter restrictions seen elsewhere, including measures like closing restaurants and mandating masks, Gustafson said the province is paying more attention to things like the ability to trace contacts and provide testing.

"At this moment, we have a concerning number of new infections, but, at the moment, the number of hospitalizations is still stable," she said.

Though Monday's numbers are higher than ever before, they were not unexpected.

That warning came after footage on social media circulated over the weekend of hundreds of people crowding Granville Street in Vancouver for Halloween festivities.

"It's a very irritating event because I think it was a visible symbol of people not following the rules of gathering, which are limited to 50 people," he said.

"Obviously, it was there for all to see."

It will take up to two weeks before health officials can determine whether that event led to more transmission.

WATCH | Dix talks about the 'disgraceful' behaviour on Granville Street on Saturday night: 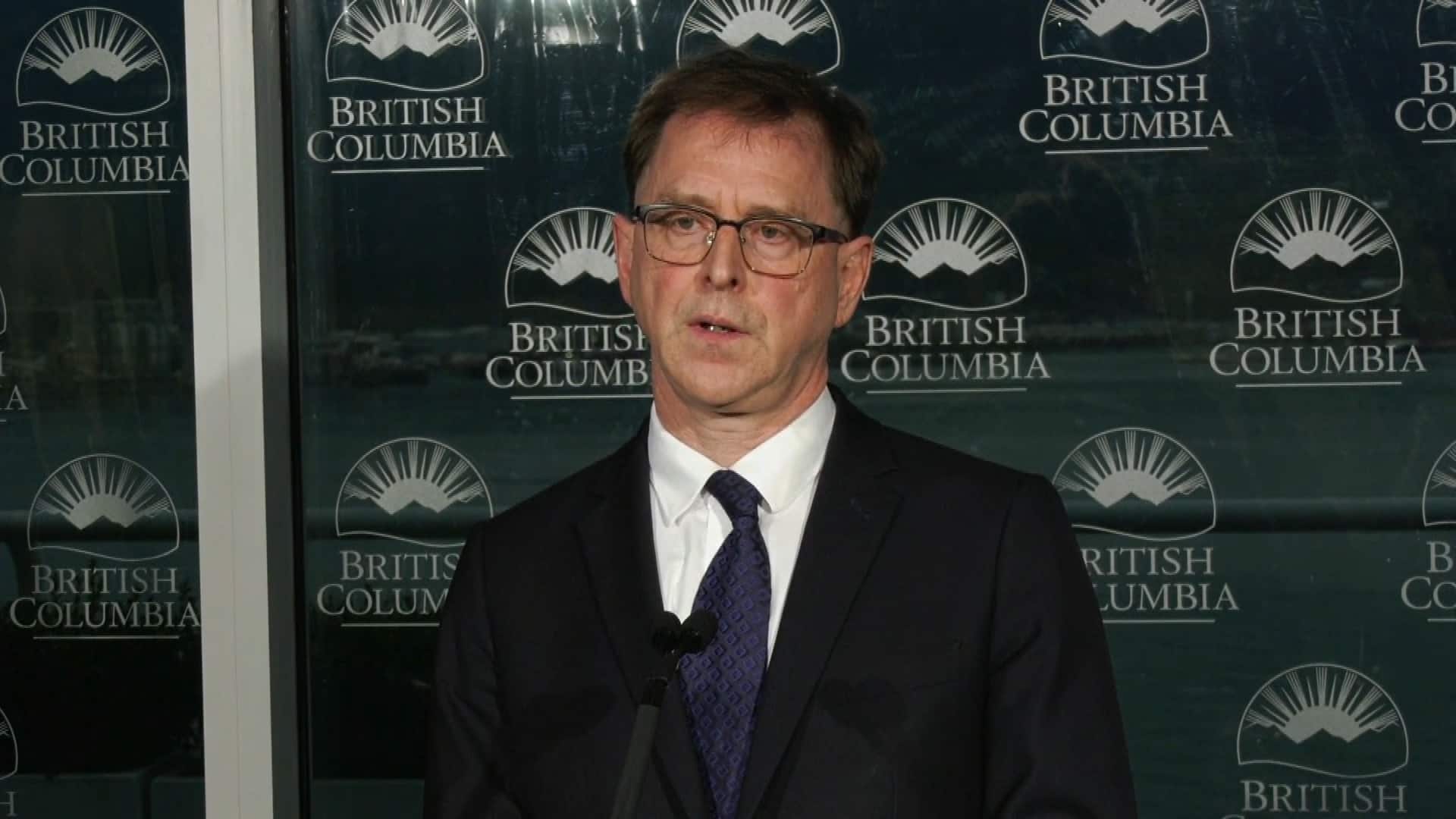 4 months ago
1:12
B.C. Health Minister Adrian Dix says the Halloween crowds on the Granville strip are an issue, but the bigger problem fuelling the province's rising case numbers is private gatherings. 1:12

Despite those images, Gustafson maintained Monday that the "vast majority" of British Columbians are being safe.

In response to questions about providing neighbourhood-level updates about COVID-19 numbers in light of the Granville Street party, Gustafson said health officials are working to provide "more granular" information to the public about where outbreaks are happening.

Dix said a bigger problem is house parties and private gatherings, which are not visible on social media but are fuelling the province's rising case numbers.

Officials in Fraser Health, B.C.'s worst-hit region, said people should limit gatherings to only those who live there.

"This is an unusual time," he said. "Let's celebrate virtually and with the people in our household."

He said the province needs to more effectively tailor its message to younger people and to those who may not speak English as a first language.

On Monday afternoon, Dix said the human desire to be together, which he described as "one of our greatest strengths," can also be a major weakness during a pandemic.

"We need to turn the tide. I believe we can do that," he said. "I ask everyone listening to us today and all the people you may talk to today to recommit to stop the spread."

With files from CBC's The Early Edition and Roshini Nair