The announcement comes on the 75th anniversary of the internment period, when more than 22,000 Japanese-Canadians were forcibly removed from the B.C. coast, and incarcerated in camps in the Interior, and beyond, between 1942 and 1949.

Sites from across British Columbia have been officially recognized by the provincial government as historic Japanese-Canadian places.

The 56 sites include language schools and churches but also former work camps and internment centres.

The 1st of April marks the 75th anniversary of the start of the internment period. Between 1942 and 1949, more than 22,000 Japanese-Canadians were forcibly removed from the B.C. coast and incarcerated in camps.

Oikawa's mother's side of her family moved to Canada from Japan in the 1800s, while her father's side came in 1906 — both sides spent time during the Second World War in internment camps.

For the program, Oikawa nominated all the internment camps and work camps to be part of the historic sites.

"And so I'm very happy that the 56 historic sites that were recognized include the incarceration sites and road camps," she said. "If you knew your history, if we know our history we wouldn't be repeating the same mistakes today."

Japanese-Canadians in B.C. were labelled as enemy aliens during the Second World War despite many of them having lived in Canada for generations.

"This was a dark part of B.C.'s history and it's important that we remember and respect the impacts of these events on people both then and now," said Teresa Wat, minister responsible for multiculturalism in a release. 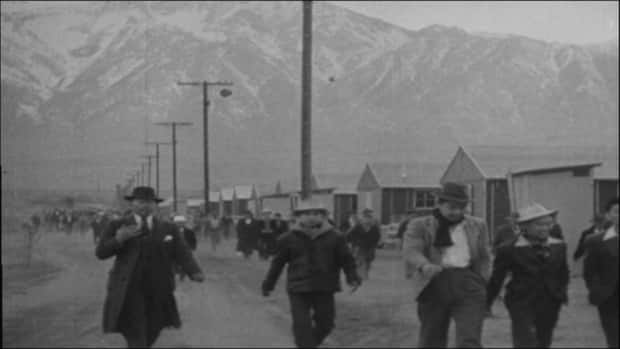 4 years ago
3:36
CBC archive video showing Japanese Canadians who are forced to sell major assets and relocate to internment camps in B.C.’s Interior. 3:36

On Saturday, the government announced the 56 sites recognized from a list of 264 nominated places.

"As the first Canadian of Japanese descent to be elected to the B.C. government, I am thrilled to see the Japanese-Canadian Historic places announced," said Naomi Yamamoto, MLA for North Vancouver-Lonsdale. "I'm very proud of my heritage."

The program follows another, which focused on 21 Chinese-Canadian places of historical significance in the province.

Now Oikawa hopes the government does more to mark the sites with signs or interactive elements, so that people can learn about Japanese-Canadian history in Canada when they come across the sites.

"This is B.C. history, this is Canadian history, it's the 150th anniversary of Confederation so part of the celebrating is to take a look at our past and learn from our history," she said.