Health authorities say they disagree with a new Canada-wide rating developed by CBC's fifth estate that found five of the nine lowest-rated hospitals in Canada to be in Metro Vancouver. 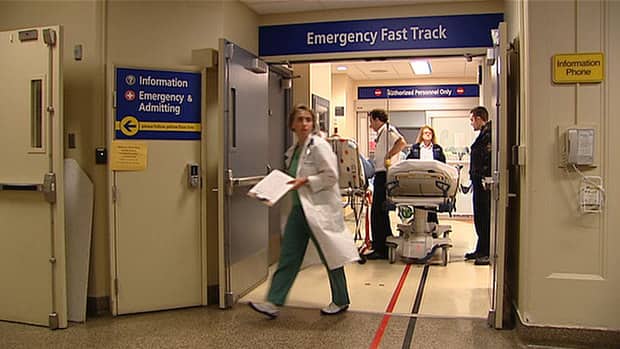 Health authorities say they disagree with a new Canada-wide rating developed by CBC's fifth estate that found five of the nine lowest-rated hospitals in Canada to be in Metro Vancouver.

Burnaby Hospital, Ridge Meadows Hospital, Surrey Memorial Hospital, UBC Hospital and Vancouver General Hospital all received the lowest rating — a "D" — in the study that based its assessment on data collected from hospitals by the Canadian Institute for Health Information.

The study used five of 21 clinical performance indicators, such as re-admission rates, rates of patients who died after major surgery and unexpected complications tied to low nursing levels such as bed sores or urinary tract infections.

On Wednesday, the Vancouver Coastal Health Authority said it does not agree with the study's findings. It says in a recent survey, more than 90 per cent of patients described their care as good to excellent.

"VGH and UBC met 98 per cent of 2,300 criteria, placing them among the very best health care facilities in Canada," the authority said in a statement.

The Fraser Health Authority urged caution, saying "while we acknowledge the opportunities for improvement... it would be misleading to judge the overall performance of a hospital based on this report alone."

On Wednesday, B.C. Liberal Leader Christy Clark told CBC the government would "look at the report more closely and see where we could do better," but she also defended the province, saying B.C. had "the best health outcomes of any province in the country and we get the best bang for the buck, except for Quebec."

B.C. Health Minister Margaret MacDiarmid said the report does not count many other important indicators of performance, but that it did add a measure of transparency.

She said she hopes health authorities would use the findings to improve.

"The Ministry of Health and the health authorities should take this very seriously and look at it carefully and see if there is a lesson there for us, or are there areas we're not already focused on in terms of quality improvement that we should be focusing on," she said.

MacDiarmid stressed that British Columbians have the longest life spans in Canada and the best outcomes for serious illnesses such as cancer.

Dr. Shelley Ross, president of the BC Medical Association, said the report's findings should not be dismissed.

"We've all got to work together so that whatever survey is done, we are an A-plus," she said.

And Debra McPherson, president of the B.C. Nurses' Union, said she could understand why so many B.C. hospitals received low ratings.

"They have been making the nurses do more with less now for over half a decade," she said. "And that's starting to show in terms of the outcomes for patients."

"I wouldn't necessarily panic. I think we do need to get to the bottom of why these hospitals are getting the 'D's and there are likely factors that can be done to improve the ratings," he said.

"I think it needs to be investigated but if I were living in the Lower Mainland, I would still encourage patients to go to their local hospitals."