One of U.S. President Donald Trump's first acts in office was to sign an executive order to scale back the Affordable Care Act. But 40 years ago today, the beginning of Jimmy Carter's presidency sparked a different tone.

Larry Martin was 23 and teaching drums in San Diego when the FBI came to tell him he had to fight in the Vietnam War.

"I was really scared," Martin said, recalling that moment in March 1969. "When I was 16, my neighbour's boyfriend came home in a box. He was killed in Vietnam.

"That's pretty much when I decided to come to Canada."

Martin had received his first draft notice shortly after graduating high school and had tried to appeal it — twice, to no avail — until he simply refused induction into the military.

The FBI officers gave him a few days to gather what he needed, at which point he did what tens of thousands of others did at the time. He headed north, in his case, to Vancouver.

There, he joined the Vancouver Committee to Aid American War Objectors.

Martin says he helped as many as 5,000 people immigrate to Canada or helped them resolve their legal status concerning the draft.

'Keeping people out of the war machine'

According to Canadian Immigration Canada, there are no official numbers of how many draft dodgers came to Canada. It estimates about 40,000 headed north, but Martin says it was more like 70,000.

Many of them settled in British Columbia — mostly in the Kootenays, Gulf Islands and Sunshine Coast.

Martin's three-bedroom home in the Kitsilano neighbourhood housed as many as 35 draft dodgers at one time — with men sleeping in the pantry, the basement, and other rooms separated by sheets.

"Our main goal was keeping people out of the war machine," he said.

And then, 40 years ago today, on his second day in office, president Jimmy Carter issued an official pardon for draft dodgers.

Here is a video taken at the time of a draft dodger in Vancouver's jubilant reaction to the news: 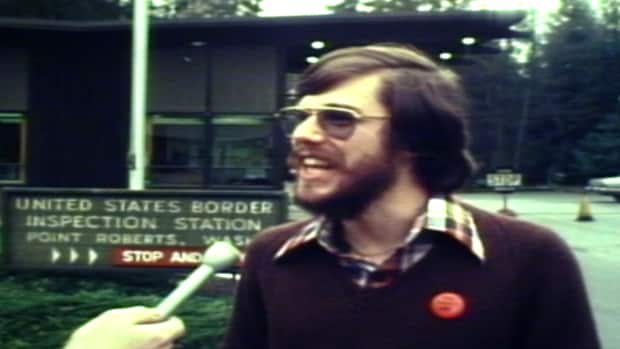 4 years ago
1:34
Draft dodger Carl Hinke expresses excitement over being able to return to the U.S. after then-president Jimmy Carter pardoned draft dodgers 1:34

Martin says most American media outlets at the time emphasized how the draft dodgers were clamouring to return home.

But he says the reality was that many like him had established roots in Canada, finding jobs and starting families.

The 1986 census indicated that half stayed in Canada, making them "the largest, best–educated group this country had ever received," according to Canadian Immigration Canada.

What most of them wanted, Martin says, was to be able to return to the U.S. to travel and occasionally visit family.

When Carter first mentioned the pardon as an election promise, it met with mixed reaction.

Some American veterans opposed it and others like Martin said it didn't go far enough because it didn't include army deserters.

In the following video, protesters vow to band together to include all those who had resisted the war: 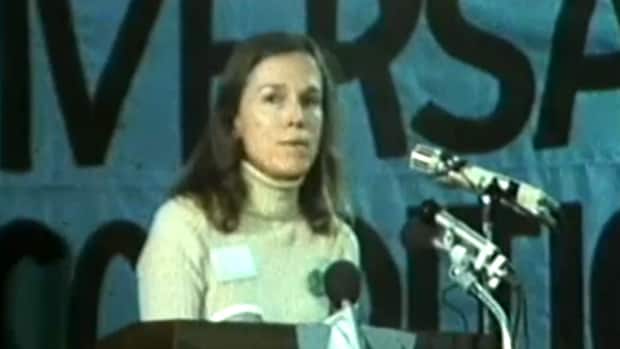 Martin says most of the draft dodgers were middle class and well-educated, and had more knowledge and ability to find excuses to avoid the draft.

On the other hand, the deserters were predominantly from lower income and working class families.

Martin also worked with the War Resisters Support Group, which he supported over the next few decades.

He says the group most recently tried to help U.S. military deserter Rodney Watson, who has lived in sanctuary in a Unitarian church on the Downtown Eastside for more than six years to avoid imprisonment.