Surrey resident Kristijan Coric, 29, was shot in his vehicle on Sept. 28, 2019, while he was at a gas station in the Cloverdale neighbourhood. Police called it a targeted hit.

Police say two men have been charged in connection with a fatal shooting at a gas station in Surrey, B.C., a year ago.

Surrey resident Kristijan Coric, 29, was shot in his vehicle on Sept. 28, 2019, while he was at a gas station in the Cloverdale neighbourhood. Police called it a targeted hit.

The Integrated Homicide Investigation Team says Monteith was already in custody on an unrelated matter.

New Westminster police arrested Monteith in November 2019 in relation to a shooting on Osborne Avenue that led to a women being taken to hospital with injuries.

Sgt. Frank Jang said the arrests wouldn't have been possible without policing partners in the Lower Mainland, Alberta and Ontario.

"We believe there may be others complicit in Coric's murder and we will continue to investigate until everyone involved in this crime is held to account," Jang said in a written statement.

Watch: Surveillance video of car believed to have been used as getaway vehicle in shooting 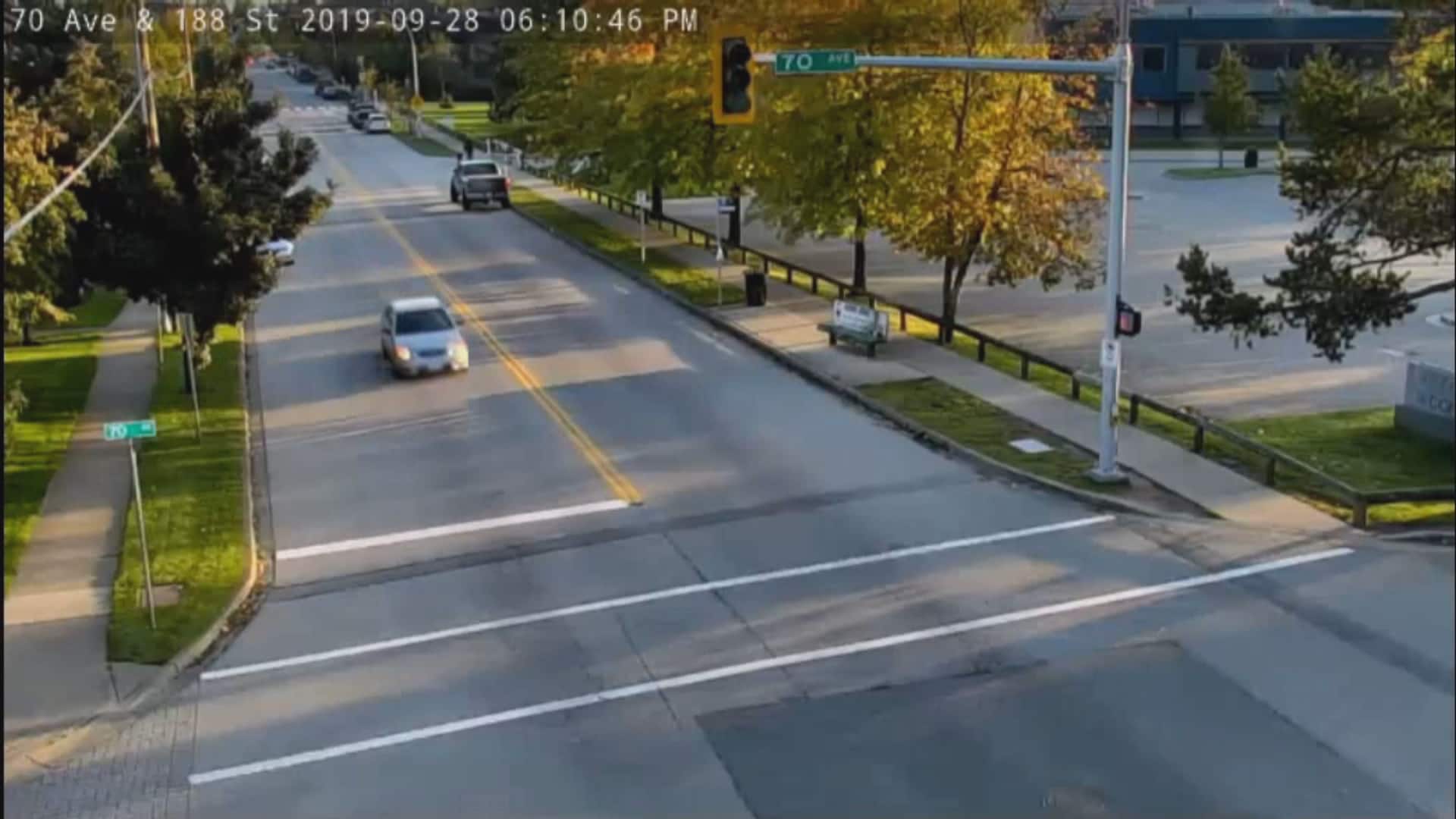 1 year ago
0:21
The Intergrated Homicide Investigation Team is seeking any information or dashcam video in Surrey, B.C., involving a silver sedan used as a getaway vehicle in a fatal shooting. 0:21

Coric was killed last year on a Saturday at around 6 p.m. at a gas station on the Fraser Highway, near 68 Avenue.

At around 10 p.m., Burnaby RCMP were called to a report of a burning vehicle — which police believe is the same getaway car used earlier — at the intersection of Willingdon Avenue and Kemp Street.