Anti-Black racism protests have put renewed focus on how little Black Canadians are reflected in school curriculum. While efforts are being made by some teachers in different parts of the country, parents are also taking matters into their own hands. 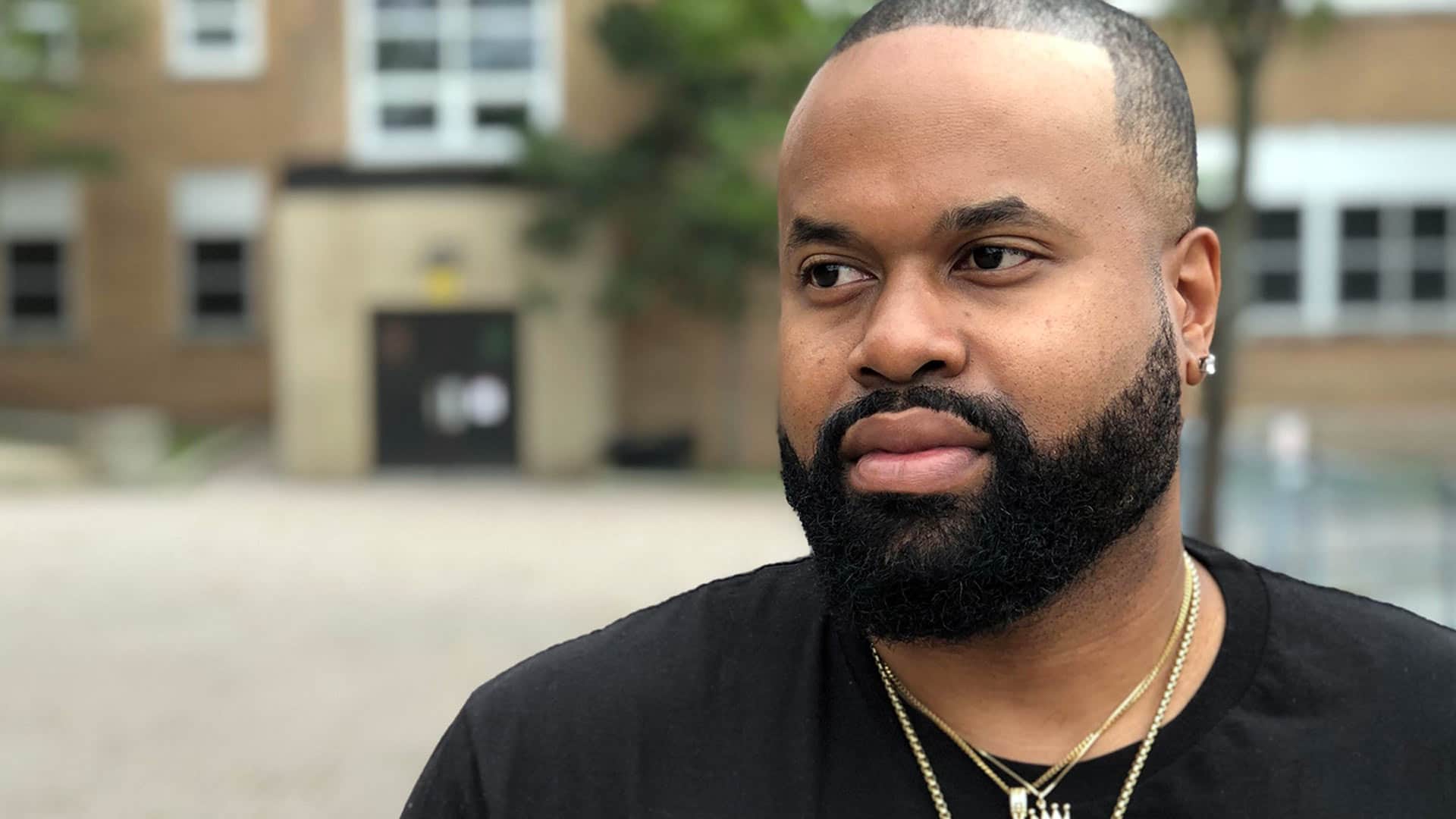 1 month ago
2:12
Some Black parents are taking it into their own hands to teach their kids about race and history in Canada, as both pandemic concerns and some teacher reluctance threaten to push a more inclusive education into the background. 2:12

Over more than a decade as a teacher, Jay Williams has always approached his work through an anti-Black racism lens and strived to be culturally responsive with what he brings to the classroom. But he also admits it took time just getting comfortable at school.

"Early on in my career, I felt as though I had to hide my true identity and couldn't really show up to work being my true Black self," the Toronto middle school teacher said.

Williams came to learn that his strength as an educator is grounded in who he is — "a person showing up daily, not changing who I am, leading with my vulnerability and experiences" — and supported by the fact he employs resources "that reflect my experiences and students like me."

The K-12 school curriculum in Canada's provinces and territories differs, but most pay scant attention to the Black experience beyond brief mentions of Black Canadians among several ethnic groups in Canada's history.

Widespread anti-Black racism protests this summer have put renewed focus on that deficiency, and in the face of the coronavirus pandemic, some Black parents — tired of waiting — are taking matters into their own hands.

The school curriculum is a guide that leaves interpretation up to individual teachers, Williams said. While he's among the educators who reflect Black Canadians in what they teach, he said he's concerned that not everyone does so in a meaningful way — or at all. 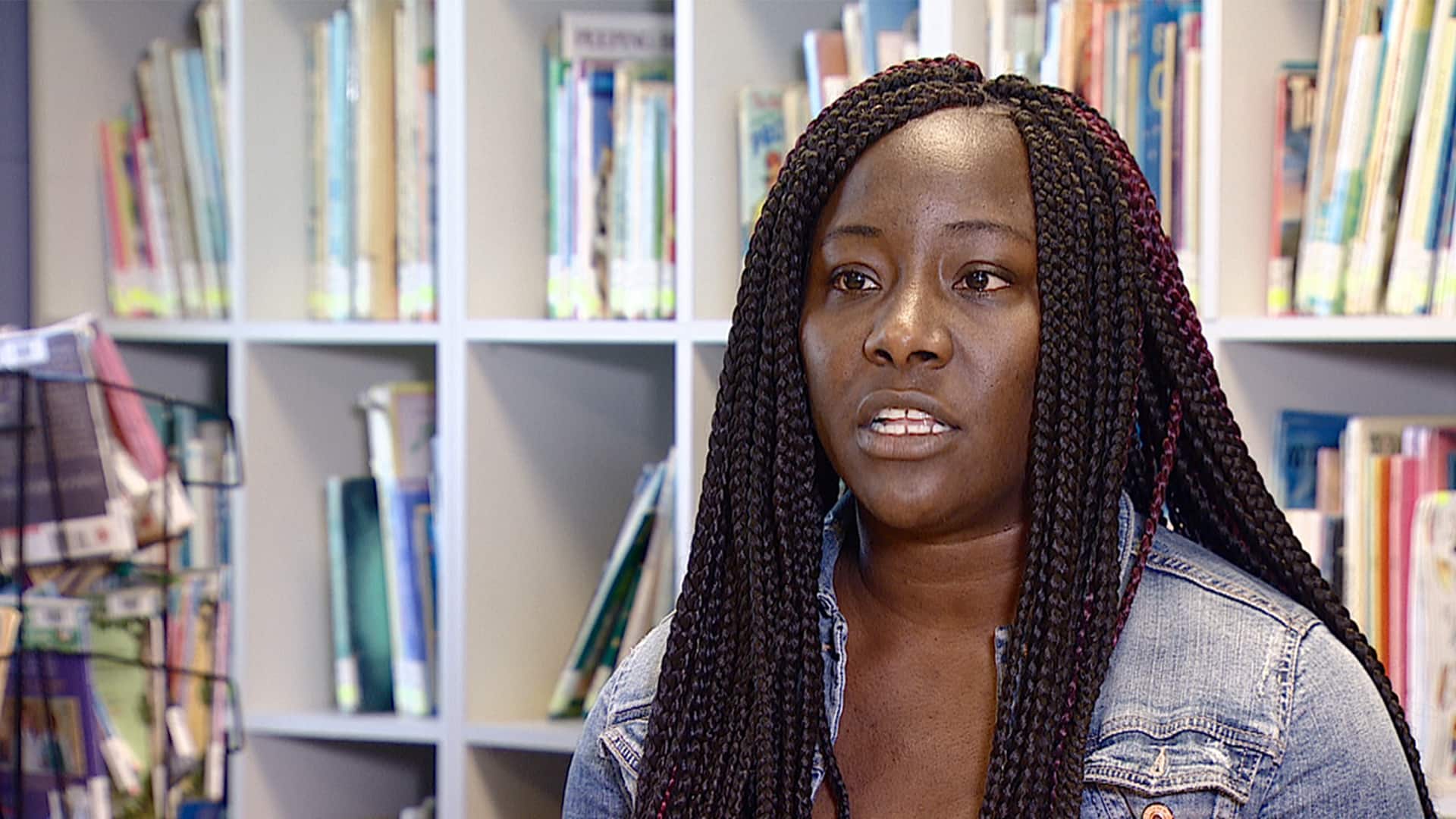 3 months ago
2:07
There are growing calls to change school curricula across the country to reflect the experiences of Black Canadians in all subjects. 2:07

"That conversations are now happening and [teacher training about anti-Black racism] is being mandated is fantastic. But that being said ... if you don't see that there's an issue in your schools — or not even in your schools, just in society in general — then that's a real big problem," said Williams, co-founder of QuarantineEd, a weekly, virtual sounding board that has connected myriad Canadian teachers during the pandemic.

"This is not something that you can simply just throw a [work]sheet at and simply say ... 'There, we've done the work' and check it off."

Amid mass protests around the world following the police killing of George Floyd, a Black man, in Minneapolis on May 25, B.C. Education Minister Rob Fleming pledged in June to get more Black Canadian history into the provincial school curriculum.

But as the summer progressed, Black students, their families and advocates reiterated their long-standing calls for schools to address anti-Black racism and for increased representation within the school curriculum. Protests and marches took place in cities like Toronto and Vancouver.

Consultation work continues toward creating an anti-racism action plan, a B.C. Education Ministry spokesperson told CBC News this week. "While Black history topics are currently included in the curriculum, there is room for improvement, and now is an appropriate time to strengthen these important topics."

'Systemic change has to happen systemically'

In Nova Scotia, officials have been working at embedding Black-Canadian experiences, achievements and history into the curriculum for nearly two decades. Moving beyond earlier initiatives such as specific high school courses centred on Black writers or on Black history, the Department of Education has since shifted to approaches that affect all students, said Augy Jones, director of the African Canadian services branch at the department.

One approach is to incorporate Black Nova Scotians into general subjects. This means, for example, that students in grades 7 and 8 are now learning about Black professional athletes and Olympians from the province as part of their physical education classes.

"We are embedding African Nova Scotian curriculum into science, into math, into phys ed — into the regular classes — because we realize that the way for change is definitely through education. When we can speak to all students — rather than the 20 that take [a specific] course — it's better for us," Jones said.

Key to the rollout of these updates, he continued, is discussion with and support for teachers: resources bolstered by online videos and links, guest speakers, suggested classroom activities and reading lists. "We've learned from the past that you can't just give a teacher a resource and expect them to use it," he said.

Jones believes it is important that these changes — born of collaboration between the African Canadian services branch and curriculum development teams — are made system-wide, though he acknowledges that the ongoing revision and updates take time.

"Systemic change has to happen systemically.... This is a province-wide, department-wide initiative," he said. "When we get a buy-in from everyone in the system, it doesn't leave it up to the Black teacher or the Mi'kmaw teacher or, you know, the rural teacher [to act alone]. It becomes systemic."

Some parents aren't waiting for these institutional changes, however, and are taking the reins themselves in order to enrich their children's education and fill in gaps they've seen within the traditional system.

Inspired by a U.S. program her children participated in earlier this year and spurred to action by the renewed Black Lives Matters protests following the killing of Floyd in police custody, Halifax educator Rachel Zellars co-founded the African Nova Scotian Freedom School this summer.

Held remotely twice a week in August, the program saw Black Nova Scotian educators teach students aged 12 through 17 about Black history, culture and leadership. Its inaugural class of 25 students graduated at month's end, with plans for future workshops and sessions.

In addition to preparing these Black students for a physical return to school this fall, Zellars said the intention was for "our students to go back to school and be in conversation — as leaders — with their teachers and [fellow] students, who we knew would not be prepared to have the kind of conversations with them that we believed were necessary."

Meanwhile, in Ontario, where dedicated remote learning is an option for this school year, Shernett Martin is starting a learning pod for her teen daughter and others that will teach the Ontario curriculum from a Black perspective.

"We still have the legacy of anti-Black racism that's always been there and which is compounded now within this new reality."

Martin, a former Toronto teacher, said Africentrism can be embedded in any subject, from math and science to social studies, history and geography. But it's not happening despite years of research, committees and meetings urging more inclusion, she said.

"Nothing has really emerged from all of that. We know there's a problem. We know that we're not reflected."

Through her work with the Vaughan African Canadian Association, Martin has helped build a deep archive of culturally relevant programming, resources, activities, books and more — a trove that other educators have reached out to discuss over the past six months and that will inform the learning pod she's building this fall.

"If I have to use a novel study, I'm going to find a novel study that is diverse.... If we're talking about science, I can bring in [Black] inventors," she said.

"If you're doing a poetry unit, ask your teacher, 'Can I do a poetry unit on an Indigenous poet? A poet [who's] from Pakistan? Can I do a Caribbean poet?'"

Bringing culture into their assignments helps students feel more engaged and connected, Martin said, while also helping them develop a more global perspective. Parents today are looking for different options that will best support their children's education, she said.

"What the [COVID-19] pandemic did is it kind of opened up that there's so many different options," Martin said.

"As much as there are challenges for working parents ... there's also been this reawakening that if it doesn't fit my child, maybe there's something else that does fit." 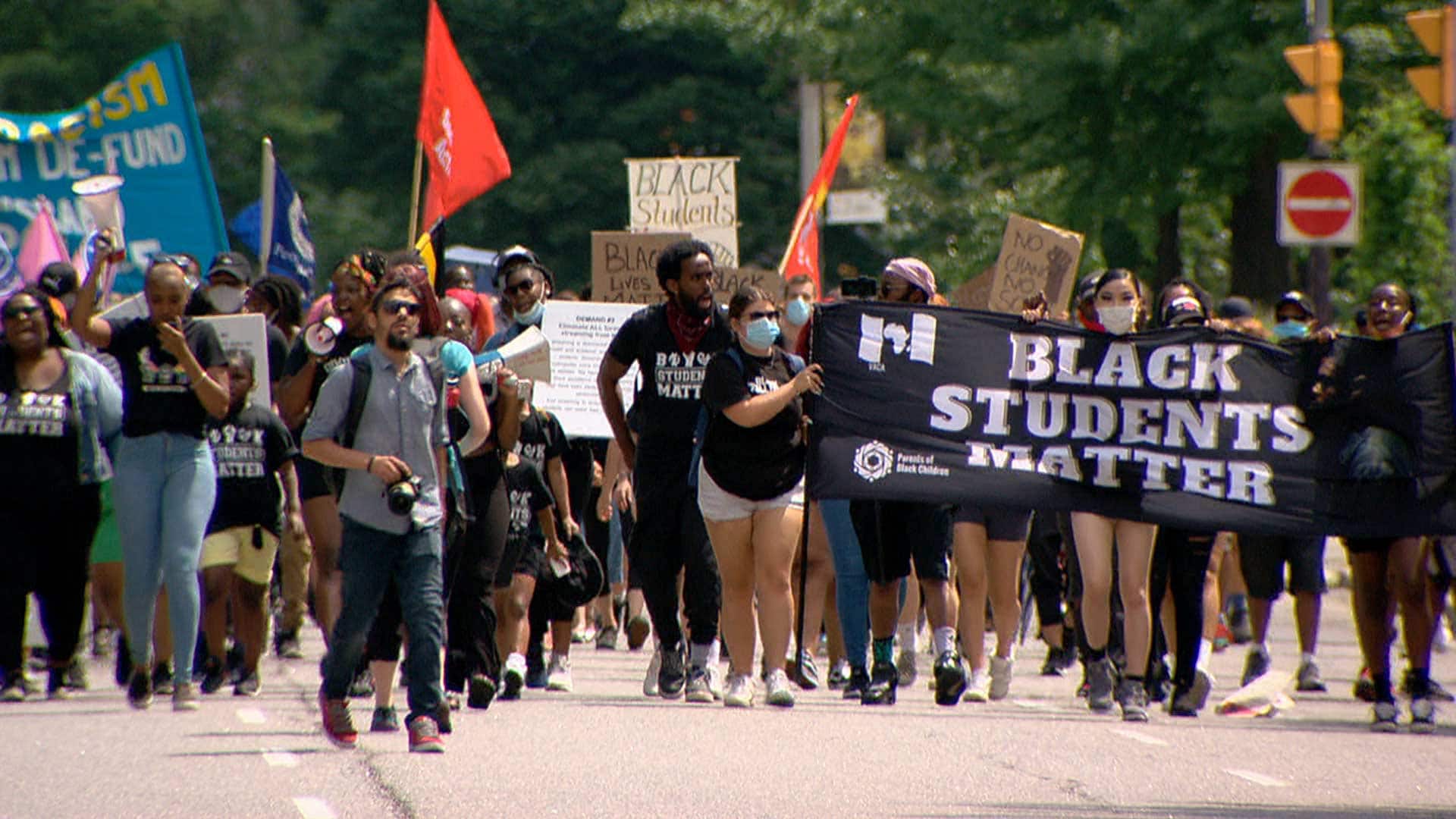 3 months ago
2:02
Black parent groups held a march in Toronto to demand further policy changes to support Black students and stop holding them back from achieving potential. They say the recent moves to phase out academic streaming and eliminate early-grade suspensions are only a start. 2:02

With files from Nigel Hunt and Deana Sumanac-Johnson