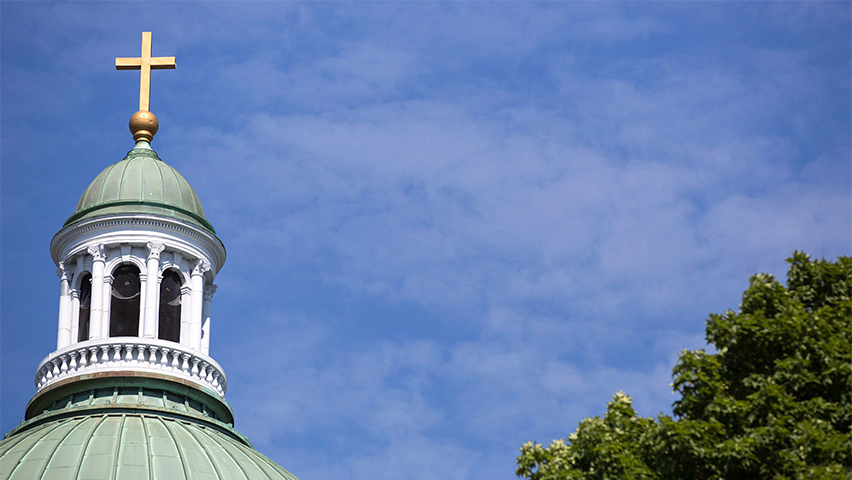 6 years ago
Duration 2:09
Passing the resolution required two-thirds of each of three orders — lay, clergy and bishops.

Some members stood up to say their votes had not been recorded during voting late Monday, when passage of the resolution failed by a single vote.

"That is an issue of concern," said Archbishop Fred Hiltz, primate of the church. "We cannot leave this synod with this kind of confusion."

To pass, the resolution required two-thirds of each of three orders — lay, clergy and bishops. The clergy failed to reach that threshold by one vote that was apparently not counted because it was counted in the lay order.

The error was discovered after delegates requested a detailed hard copy of the electronic voting records.

Hiltz then declared the resolution in favour of same-sex marriage had passed.

"That is our reality," Hiltz told stunned delegates. "That the motion is in fact carried in all three orders."

"Same-sex marriage. In the church. In my lifetime," tweeted Lauren Bryant-Monk, of Halifax. "I'm so proud to be Anglican today."

The resolution still needs affirmation by the next synod in 2019 before it becomes church law.

On Tuesday, several bishops said they planned to go ahead with same-sex marriages regardless. They leaned on a statement from the chancellor of the general synod, who said the current marriage canon does not specifically ban solemnizing same-sex marriages.

Bishop John Chapman of Ottawa said he would proceed immediately with such unions in his diocese, although no one would be forced to officiate at such a ceremony.

"It is time my friends," Chapman said. "It is past time."

"Take heart," said Rev. Melissa Skelton, bishop of New Westminster, B.C. "This is not over."

It was indeed not over as questions swirled Tuesday about the vote itself. And then the recount changed the church's position.

"This is the best news I have heard in a long time!" tweeted Marlene Wells, from Nova Scotia. "My weepy day has ended; let's celebrate."

"I'm flabbergasted, honestly," said Eliot Waddingham, 24, a transgender person from Ottawa, who had earlier spoken of being brokenhearted by the initial vote. "I can't believe this."

Not everyone, however, was pleased.

Northern representatives complained about feeling bullied, while Larry Robertson, Yukon bishop, left the floor earlier Tuesday in protest, saying he was angered at what he called the adversarial process.

Hiltz acknowledged the "deep differences" that exist around the issue.

"We sometimes find ourselves very much being pulled apart," he told delegates on Tuesday. "Our work on this matter is not done. It's not sufficient for us to simply say we dealt with the resolution."

He promised a pastoral letter in response by Thursday.

While some fretted the issue would cause a rupture and spark an exodus of members, others said they believed the church would hold together despite the bruising nature of the debate in which some used terms such as "abomination" in reference to the LGBT community.

"It was painful process, it was a difficult process, but at the end of the day, we've ended up moving forward," British Columbia Bishop Logan McMenamie said.

Toronto Archbishop Colin Johnson called same-sex marriages — at the discretion of the bishop and with agreement of local clergy — a logical step in the evolution of the church.

About 1.6 million Canadians identify themselves as Anglican, according to Statistics Canada, and church figures indicate more than 500,000 of them are part of about 2,800 congregations across the country.