The death of a man suspected of planning a terrorist attack in southwestern Ontario shows the need for Canada to step up its counter-radicalization efforts, the minister of public safety and emergency preparedness said Thursday.

The death of a man in southwestern Ontario suspected of planning a terrorist attack shows the need for Canada to step up its counter-radicalization efforts, the minister of public safety and emergency preparedness said Thursday.

Ralph Goodale made the comment shortly after a news conference in which the RCMP said that Aaron Driver — who died in a confrontation with police in Strathroy, Ont., on Wednesday — had made a "martyrdom video" and was planning an attack within 72 hours in an urban centre during morning or afternoon rush hour.

Driver, 24, was under a peace bond for communicating with what the RCMP called well-known ISIS supporters in the U.K. and the U.S.

"The government of Canada has to get far more proactive on the whole issue of outreach, community engagement, counter-radicalization, determining how and in what means the right positive constructive influences can be brought to bear to change what otherwise would be dangerous behaviour," said Goodale.

He stressed that law enforcement and intelligence officials are always taking "appropriate steps to keep Canadians safe" and that the national terrorism threat level for Canada remains at "medium," where it has stood since the fall of 2014.

Goodale pointed to "the half a billion or so" committed in the most recent budget to police, national security and border control measures as an example that the Liberal government takes the issue of terrorism seriously.

"We've made our first investments in that direction and there will be more to follow," he said.

At an earlier news conference in Ottawa, Mike Cabana, the RCMP's deputy commissioner for federal policing, said the FBI came into possession of the martyrdom video and tipped off the Mounties about 8:30 a.m. Wednesday.

The video, which the RCMP aired at the news conference, shows a man wearing a balaclava speaking directly to the camera pledging allegiance to ISIS leader Abu Bakr al-Baghdadi and railing against Western "enemies of Islam." The man said he was responding to a call for violence, adding, "we are thirsty for your blood" and praised recent attacks in France and Brussels before promising to act in Canada.

The RCMP said they were able to identify the person in the video as Driver by about 11 a.m.

Detonated explosive in back of cab

Police said that around 4:30 p.m., Driver left a residence in Strathroy and got into a cab that he had called. The RCMP's emergency response team surrounded the cab and "engaged with a suspect who detonated a device in the back of a cab," said Cabana.

The cab driver worked for Leo's Taxi in Strathroy. The company would not give CBC News details on the extent of the driver's injuries, but said he is at home, not in hospital. 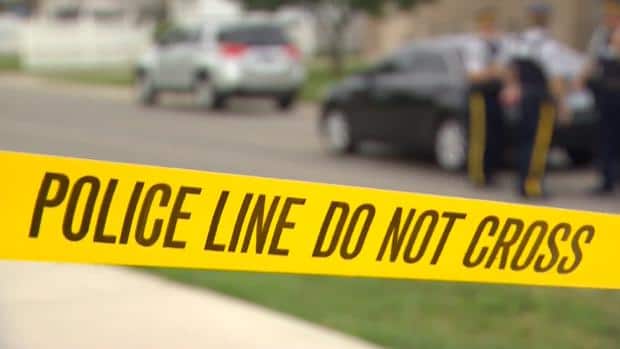 The RCMP's Jennifer Strachan, assistant commissioner and commanding officer for Ontario, said there will be an autopsy to determine how Driver died — it's unclear whether it was from the explosive or from police fire, adding that a police firearm was deployed after the explosion.

Police said they did not know of any specific location that Driver was planning to attack. They added that there is no information suggesting that Driver had any accomplices.

Cabana said investigators are combing through the home where Driver had been living, as well as another address in London, Ont., which is about 36 kilometres east of Strathroy.

P.Y. Bourdas, former RCMP deputy commissioner, told CBC News that Canadians shouldn't be alarmed it was the FBI that helped spur Wednesday's pursuit, arguing that it "highlights the fact that integrated policing is alive and well in North America." Bourdas added that the RCMP has shared information with its international counterparts where warranted.

The U.S. Embassy in Ottawa stressed that point in a statement released Thursday afternoon.

"This case is an example of the strong cross-border law enforcement co-operation that exists between Canada and the United States," the statement read. "Our partnership reflects our joint commitment to protecting the safety of our citizens."

Bourdas admitted it is "troubling" that, as revealed at Thursday's RCMP news conference, Driver was engaging in encrypted communications that the agency couldn't crack, reflecting the challenges faced by law enforcement.

Driver converted to Islam as a teen and underwent a radicalization process, his father has said. 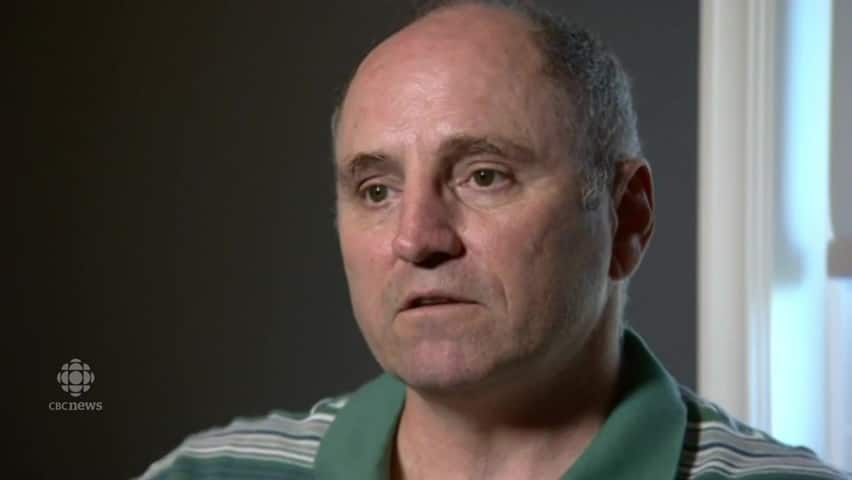 How the death of Aaron's mother changed him

He used the alias Harun Abdurahman for online and social media communications, and according to officials, communicated with liked-minded people such as a British teen later arrested for plotting an attack in Australia, an American who wounded a security guard in Texas in 2015, and Reyaad Khan and Junaid Hussein, two Britons who travelled to Syria to fight with ISIS and were subsequently killed.

Driver attracted the attention of intelligence officials in late 2014, and was arrested in June 2015. He agreed to the terms of a peace bond earlier this year and a number of requirements.

But the peace bond did not require Driver to wear a GPS monitoring bracelet or undergo religious counselling — two conditions that he faced when he was released on bail in 2015.

"What the peace bonds do not provide for at this stage is that interconnection with some kind of an intervener who can make a difference in that person's behaviour," Goodale allowed.

Goodale reiterated that the government will soon be holding public consultations on national security and plans to open an office to "develop and co-ordinate expertise on radicalization and to head off tragedies before they happen."

He said that all efforts will try to strike the balance between safeguarding the rights and freedoms of Canadians with the need for vigilance over potential threats. He added that there are no planned changes to Bill C-51 based on the events which transpired in Strathroy.

London Muslim Mosque released a statement Thursday indicating that Driver had come to their attention about a year ago. Members tried to "change his perspective" and kept the police informed of his presence, according to the statement.

"While he had wrong views about the world, at no time did any officials with the mosque know or suspect that Aaron was translating those views into any kind of attack. He did not display any outward signs of aggression."