Nova Scotia's Shubenacadie Sam, Pennsylvania's Punxsutawney Phil and Alberta's Balzac Billy all agree on whether or not we'll see an early spring, but Ontario's Wiarton Willie offers a different prediction.

How accurate are groundhog forecasts, anyway? Don't get your hopes up

The four-legged weather forecasters aren't on the same footing when it comes to whether we'll see an early spring.

According to tradition, if the groundhog doesn't see its shadow when it emerges from its burrow on Groundhog Day, an early spring is in store. 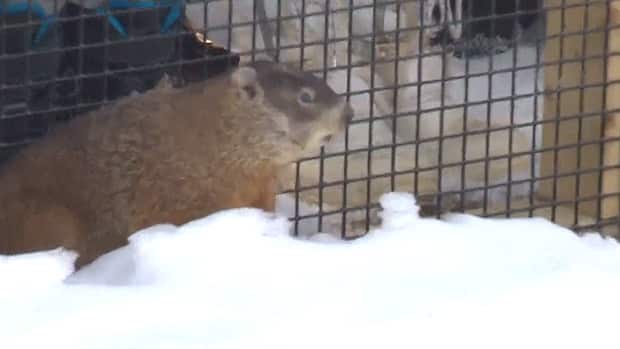 Groundhogs agree, an early spring it shall be

5 years ago
3:42
Well 2 of them anyway, Shubenacadie Sam in N.S. and Punxsutawney Phil from Pennsylvania both fail to see their shadows 3:42

This year's Groundhog Day festivities in Manitoba have been cancelled following Friday night's death of Winnipeg Willow, according to the Prairie Wildlife Rehabilitation Centre.

Forecasts aside, here are five things to know about Groundhog Day:

Like some human weather forecasters, groundhogs don't have a great track record for accuracy. A Canadian study looked at Groundhog Day predictions from the past 30 years and found they were right only about 37 per cent of the time.

"At this time of year, males emerge from their burrows to start searching for the females," Stam Zervanos, a biology professor at Penn State Berks, in Reading, Pa., told the National Geographic in an interview last year.

"The females come out probably seven days later and stay just outside of their burrow or maybe just inside their burrow." he said.

Groundhog Day is not a North American invention.

It's believed the holiday originated in medieval Europe, rooted in the Christian festival of Candlemas, and that hedgehogs were the soothsaying rodent of choice.

The original Willie, an albino groundhog, was in action for 22 years, and died just two days before Groundhog Day 1999. An unknown number of successors have also been known as Willie. Tuesday's event is Wiarton's 60th annual Groundhog Day.

Groundhogs are known by many other names, according to National Geographic, including land beavers, woodchucks and whistle-pigs, for their tendency to emit short, high-pitched whistles.