A widow is locked in a four-year battle with Apple over online material she already legally owns — unless she jumps through complicated and expensive hoops. Experts say tech companies refusing to hand over online assets is a big problem that will only get bigger.

Woman locked out of account due to U.S. law often applied to Canadians

An Ontario widow is locked in a four-year battle with Apple over online material she already legally owns.

Carol Anne Noble of Toronto wants access to an Apple account she and her husband shared — but was under his name — so she can fulfil a promise she made to him before he died.

But instead of giving her the password she's forgotten, the tech giant is demanding she jump through complicated and expensive legal hoops to satisfy what experts say is an outdated American law.

"It's a real slap in the face to me," said Noble who, after 41 years of marriage, was the executor and sole beneficiary of her husband's estate. Don Noble died from a rare spinal cancer in late 2016.

"Basically, they want an order from the court to give me what my husband owned and it is already bequeathed to me... it's very strange," Noble, 66, told Go Public.

His last words to me that night were 'You will have to write the book.'- Carol Anne Noble

Experts say that tech companies refusing to hand over digital assets is a problem affecting everything from stocks, insurance policies and PayPal to gaming credits, social media posts and family photos.

It's a "big" problem that will "only get bigger," leaving Canadians at the mercy of the U.S.-based companies and their rules, said Peter Lown, an online assets expert and director emeritus of the Alberta Law Reform Institute at the University of Alberta in Edmonton.

Noble's husband spent the last six months of his life confined to a bed as he battled a slow-moving form of cancer called chordoma. He'd spend hours chronicling the progression of the disease using Apple devices.

He was hoping to put it all together in a book for his family, but Noble says it eventually became clear he wouldn't live long enough.

"A few days before Don died I had to take him to the hospital … His last words to me that night were 'You will have to write the book.' He went into a coma shortly after," she said.

When Noble contacted Apple in early 2017, she was told all she needed to do was prove she has the legal right to her husband's estate. She sent all the documents the company asked for, including his death certificate and the will designating her as executor.

"They called me back and said, no, that's not good enough — you have to have a court order [but] having to pay to put in a court order is a huge deal," she said.

Court orders can cost from about $2,000 to tens of thousands of dollars — depending on whether they're opposed.

After going back and forth with Apple for years, Noble, out of desperation, hired a lawyer earlier this year to help navigate the company's demands.

"Digital assets are one of those things where it's being governed by a privately held corporation... it's not like a bank account where we can go in and say, here's a death certificate, here's a probate document and get access."

Lown says he has seen similar cases involving Google, Facebook and others, and that tech companies often "brush off" Canadian users "as a nuisance."

"So people are getting hooped by the hoops. Even if they get through some, there will be more," he said.

Apple refused Go Public's request for an interview and didn't respond to our specific questions about Noble's situation and its policies on digital assets.

The company told Noble providing the password would contravene a U.S. law — the Electronic Communications Privacy Act — written back in 1986.

The law, meant to protect Americans from unnecessary government and police surveillance, bars companies from giving out personal electronic information.

But the decades-old law isn't meant for today's heavily online world of social media and other digital assets, Lown says.

"[Yet] the service providers use it to their hearts' content … so they can say, sorry, I can't disclose this to you because that would be a breach of my obligations under the act."

Citizens of countries that have laws specifically addressing digital assets — including those in the European Union — don't have the same problems. For those people, the terms and conditions of Apple services grant jurisdiction to "the laws and courts of your usual place of residence."

For everyone else, California law applies unless users can convince a judge otherwise.

Some Canadians have done that. After Maureen Henry's 23-year-old son's body was found at a marina in Toronto in 2014 — his cause of death deemed "undetermined" by the coroner — she wanted access to his digital accounts to see if they would give her any answers.

She got court orders, first from Ontario and later from a California court. Apple and Bell complied with the Ontario order. Google Canada fought it but gave her the data after Henry got the U.S. order. She's still fighting Facebook in court.

More often though, Canadians are subject to U.S. laws, Lown says, even though proposed legislation that would protect people like Henry and Noble is already written and ready to be adopted.

A proposed change to provincial inheritance laws, the Uniform Access to Digital Assets by Fiduciaries Act, was put forward in 2016 by an independent group of lawyers, judges and academics, of which Lown is a member.

It would solve these sorts of problems for Canadians but, so far, only Saskatchewan has made it law.

"This will force these giant tech companies to deal with the problem, because as it stands right now, good luck trying to get a hold of anyone in one of these companies who are almost always based in California."

Only when Canada has that kind of "leverage," said Lown, will tech companies accommodate the needs of Canadians.

Noble says Apple has a responsibility to be transparent and upfront about its policies when users sign up for the service, instead of putting that information in the fine print.

She also wants to see provincial and territorial governments do a better job of addressing the issue.

"This is an area that needs to be addressed immediately … it's very important that people are able to access their loved ones' final photos and all kinds of things," she said.

After Go Public contacted Apple, it reached out to Noble with details on what the court order needs to include.

On a fixed income, she didn't think she could afford to do it and was ready to give up, until Sindhwani, her lawyer, offered to complete the application pro bono.

WATCH | Carol Anne Noble is one of several Canadians who have tried to gain access to their late loved ones' digital accounts but been stymied by tech companies' enforcement of U.S. privacy laws: 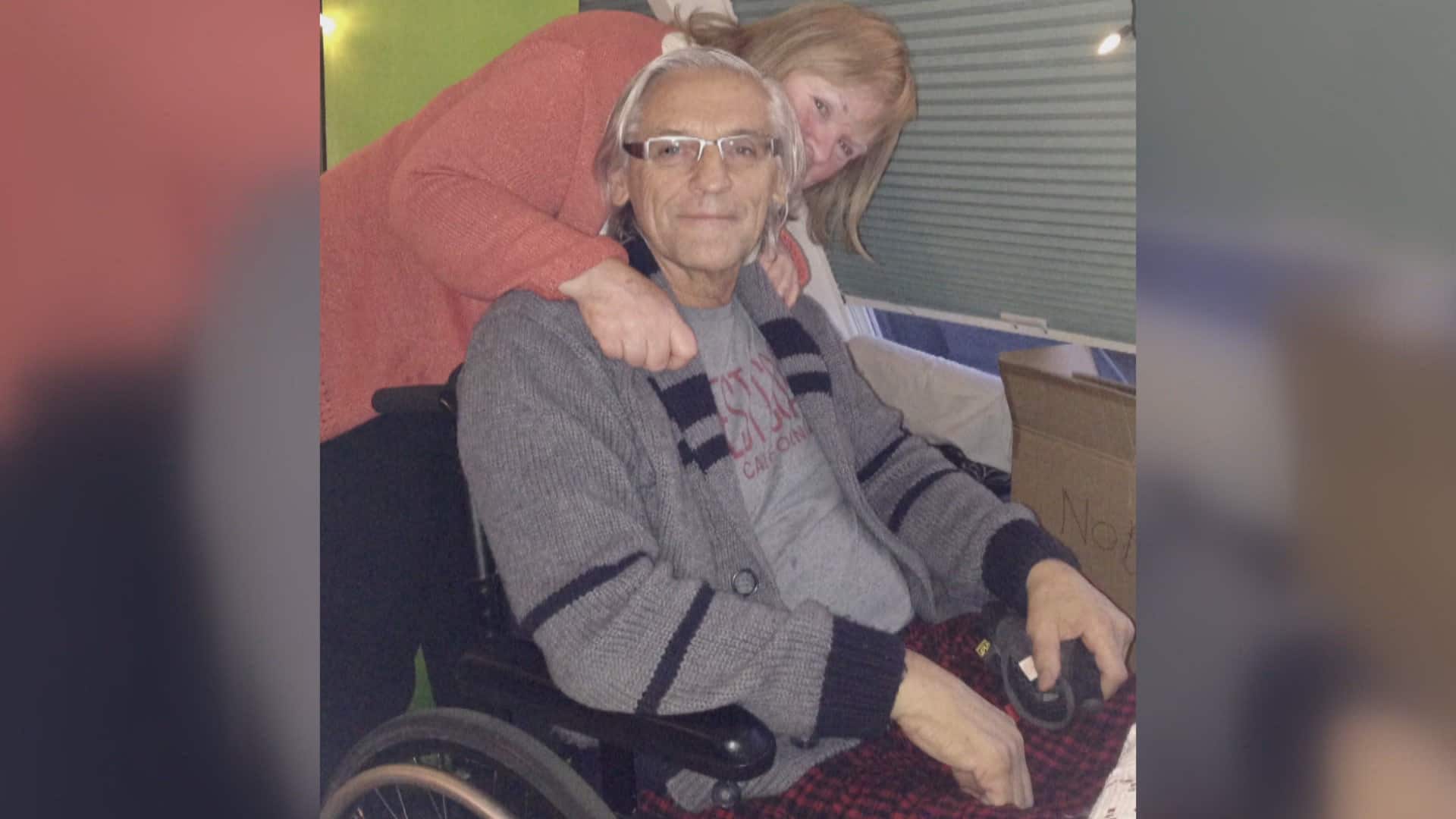 1 month agoVideo
2:32
Carol Anne Noble of Toronto wants access to an Apple account she and her late husband shared — but was under his name — so she can fulfil a promise she made to him before he died. 2:32

If you have a story in the public interest, or if you're an insider with information, contact gopublic@cbc.ca with your name, contact information and a brief summary. All emails are confidential until you decide to Go Public.