What you need to know before arranging a funeral

A recent investigation by CBC's Marketplace and the Toronto Star found some staff at funeral homes run by a large Canadian chain are pushing costly package deals, often with big markups. So how can you prepare yourself as a consumer? Here's what you need to know before you walk into a funeral home.

When preparing for a funeral, people should always ask what's not included in the quoted price, expert says

A recent investigation by CBC's Marketplace and the Toronto Star found some staff at funeral homes run by a large Canadian chain pushing costly package deals, often with big markups.

So how can you prepare yourself as a consumer? What questions do you need to ask? What services do you really need? Here's what you need to know before you walk into a funeral home.

Josh Slocum, a consumer advocate and executive director of the U.S.-based Funeral Consumer's Alliance, says people should discuss plans with family well in advance, and know what their budget is before they begin.

"Look at the prices of at least three or four funeral homes and comparison shop with their price lists," says Slocum. Even if a death has just occurred, calling two or three different funeral homes can save a lot of money, he adds.

According to Slocum, planning a funeral is easier "when people realize that this process, although it's more emotional, uses the same steps you use for other transactions."

Ask about what's not included

When preparing for a funeral, people should always ask what's not included in the price, according to industry insider Shane Neufeld, who has been in the funeral business for decades, including years at major funeral home chains.

"Insist they identify what is not included in their fee structure. Ask for a written quote and insist they sign it," Neufeld says.

He explains that funeral homes will often quote a price that doesn't include expensive extras like the casket, urn, burial or cremation. 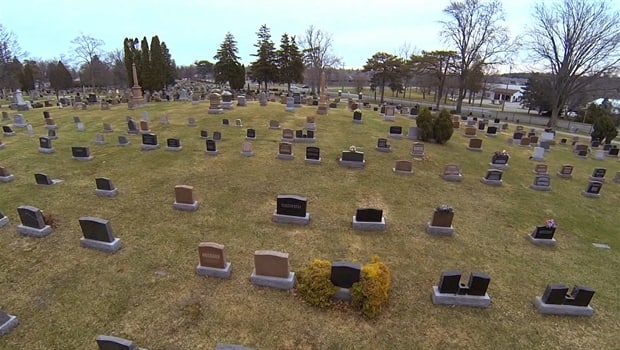 4 years agoVideo
22:34
Marketplace heads inside one of Canada's largest funeral home chains, and reveals consumers need protection from the very people who promise to help you most at your time of need. A joint investigation with Marketplace and the Toronto Star. 22:34

If possible, take your time

"People are often under the impression that there's a big hurry to move the body from the place of death," Neufeld says. But if a person dies in hospital, he says, you have time before agreeing to have the body transferred to a funeral home.

"Go in and talk to them before the body is moved," he says, and then make a decision on which provider you use.

If the body has to be moved quickly, Neufeld suggests first establishing what the funeral home will charge for transferring the body to a different funeral home if you change your mind later.

Slocum suggests bringing "somebody who is not as emotionally invested in the death as you are" to make the arrangements with you. They'll be able to "put their hand on your shoulder and say, wait a minute, let's think about this," he says.

Neufeld agrees. "Take a trusted, less emotionally vulnerable person along with you."

Know your rights — and who you're dealing with

According to Slocum, the consumer has the right to buy what they want, item by item.

"You don't have to buy a package."

If funeral home staff say something is necessary, "make them explain why," Slocum says.

Neufeld urges people to find out whether the person you're dealing with is a licensed funeral director.

If they're not, then the person you're speaking with is "almost certainly being paid a commission on what you buy," he says.

"If they're owned by a big conglomerate," Neufeld says, you could end up paying more.

Embalming is a choice

Embalming — an invasive procedure designed to temporarily preserve a body — is a choice. Funeral homes need your permission before carrying it out and adding it to your bill.

It's "only required by law under rare circumstances" such as if you're planning on moving the body out of the province, Neufeld says.

Slocum says funeral homes will often say it prevents the spread of diseases, but "this is absolutely false." It's rarely recommended for closed-casket funerals, he adds.

There's no requirement to use a traditional funeral home.

You can also use options like transfer services, which can move the body, register the death and take the body to a cemetery or crematorium.

This can be an economical option for those in need of simple arrangements, and those who wish to make arrangements for a memorial service themselves.

Luke Denne is an investigative journalist for Marketplace. Originally from the U.K., he's based in Toronto.