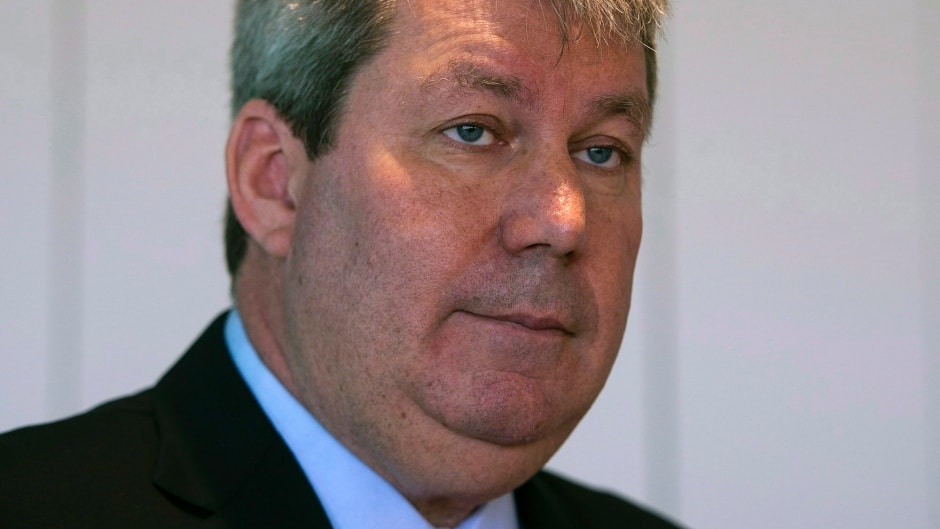 The tough words from Senate Republicans and Democrats came as billionaire hedge fund manager William Ackman defended the company's business model and its outgoing CEO expressed regrets for its most egregious price increases.

As the hearing opened, lawmakers on the Senate aging committee laid into the Laval, Que.-based drugmaker's approach to buying older, niche drugs and increasing prices.

"Valeant's monopoly model operates at the expense of real people," said Senator Susan Collins, a Republican from Maine, in her opening statement.

Berna Heyman, a patient with a rare genetic disorder called Wilson's Disease, testified that the co-pay on her medication increased from $700 US per year to more than $10,000. The 30-year-old drug, Syprine, was acquired by Valeant in 2010 and has seen its price increase more than 3,000 percent.

"The notion that we can sit idly by while smart people on Wall Street can do ledger entries to create another layer of profit in the health care sector to benefit multimillionaires on the backs of patients and ultimately taxpayers can't continue," McCaskill said.

The committee questioned Valeant's outgoing CEO, J. Michael Pearson, its former chief financial officer, Howard Schiller, and Ackman, whose hedge fund holds a large stake in Valeant and controls two seats on its board of directors.

Valeant's stock surged under Pearson's leadership, fuelled by a strategy of gobbling up smaller companies and raising prices on niche drugs — bypassing the huge research and development investments typical of the drug industry. Valeant raised net prices on its portfolio of U.S. drugs by 41.3 per cent between October 2014 and October 2015, according to research by Sector and Sovereign Research analyst Richard Evans.

Ackman told lawmakers this "low-cost and disciplined" business model made Valeant a smarter investment than its peers.

"A number of observers have suggested that the more a pharmaceutical company spends on R&D, the better for society. We do not believe this to be true," said Ackman, who is founder and CEO of Pershing Square Capital. Ackman, whose hedge fund controls $12 billion, went on to say that Valeant's strategy can do "more for innovation in pharma by acquiring other drug companies" than by developing its own drugs.

He added that certain drastic price hikes — including those that first attracted congressional scrutiny — were mistakes that have caused "great reputational damage."

Pearson's comments come shortly before he is due to be replaced as Valeant CEO, and may not win much sympathy from Senate lawmakers.

Valeant announced Monday that it would replace Pearson as CEO early next month with Joseph Papa, CEO of generic drugmaker Perrigo Co.

In recent months, Valeant has been swamped by a host of problems including three ongoing federal probes of its accounting and pricing practices, massive debt and the threat of default on agreements with creditors and bondholders.

The intense scrutiny of the company has triggered repeated sell-offs of Valeant shares, which have lost nearly 90 per cent of their value since peaking last August.