In a surprise move, the Federal Reserve cut its benchmark interest rate by a sizeable half-percentage point Tuesday in an effort to support the economy in the face of the spreading coronavirus.

In a surprise move, the Federal Reserve cut its benchmark interest rate by a sizeable half-percentage point Tuesday in an effort to support the economy in the face of the spreading coronavirus.

At the same time, Powell sought to balance those concerns by noting that U.S. economy remained solid, with unemployment low and consumer spending solid.

"The economy continues to perform well," he said. "We will get to the other side of this."

It was the Fed's first rate cut since last year, when it reduced its key short-term rate three times. It is also the first time the central bank has cut its key rate between policy meetings since the 2008 financial crisis and the largest rate cut since then.

The Dow Jones Industrial Average, which had been down as much as 356 points shortly before the Fed's announcement, rose immediately afterward, but was down 2.94 per cent when markets closed. On Monday, the Dow had rocketed up nearly 1,300 points — its largest percentage gain since 2009.

The S&P 500 took a similar jump with the Fed announcement, but was down 2.81 per cent by end of day.

Canada's S&P/TSX Composite Index was faring somewhat better Tuesday, down 0.78 per cent at the close. 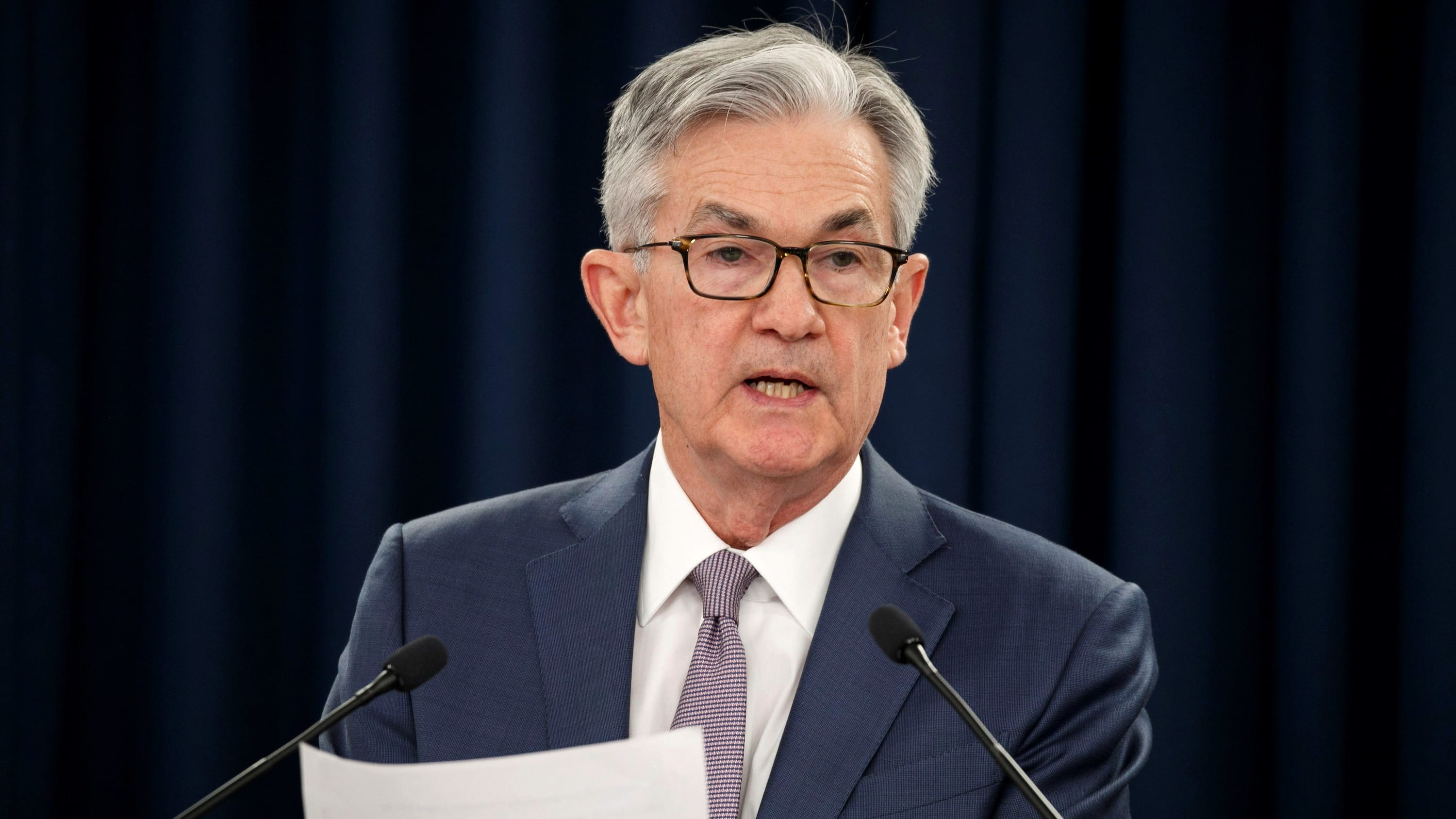 The Fed's announcement of a steep rate cut signalled its growing concern that the coronavirus, which is depressing economic activity across the world, poses an escalating threat and could trigger a recession.

Yet even before the Fed's Tuesday cut, economists had been cautioning that lower interest rates aren't the ideal prescription for the threat posed by the coronavirus.

Lower rates can lead people and businesses to borrow and spend, which can boost economic activity. But they can't directly address the problems that the virus has caused — from closed factories to cancelled business travel to disrupted company supply chains.

"It will be a shocker to me if Canada doesn't follow suit, considering Australia did this morning and there are expectations the Bank of England will follow suit this month."

Watson also said a rate cut will reflect the impact of rail blockades in addition to uncertainty around the impact of coronavirus. 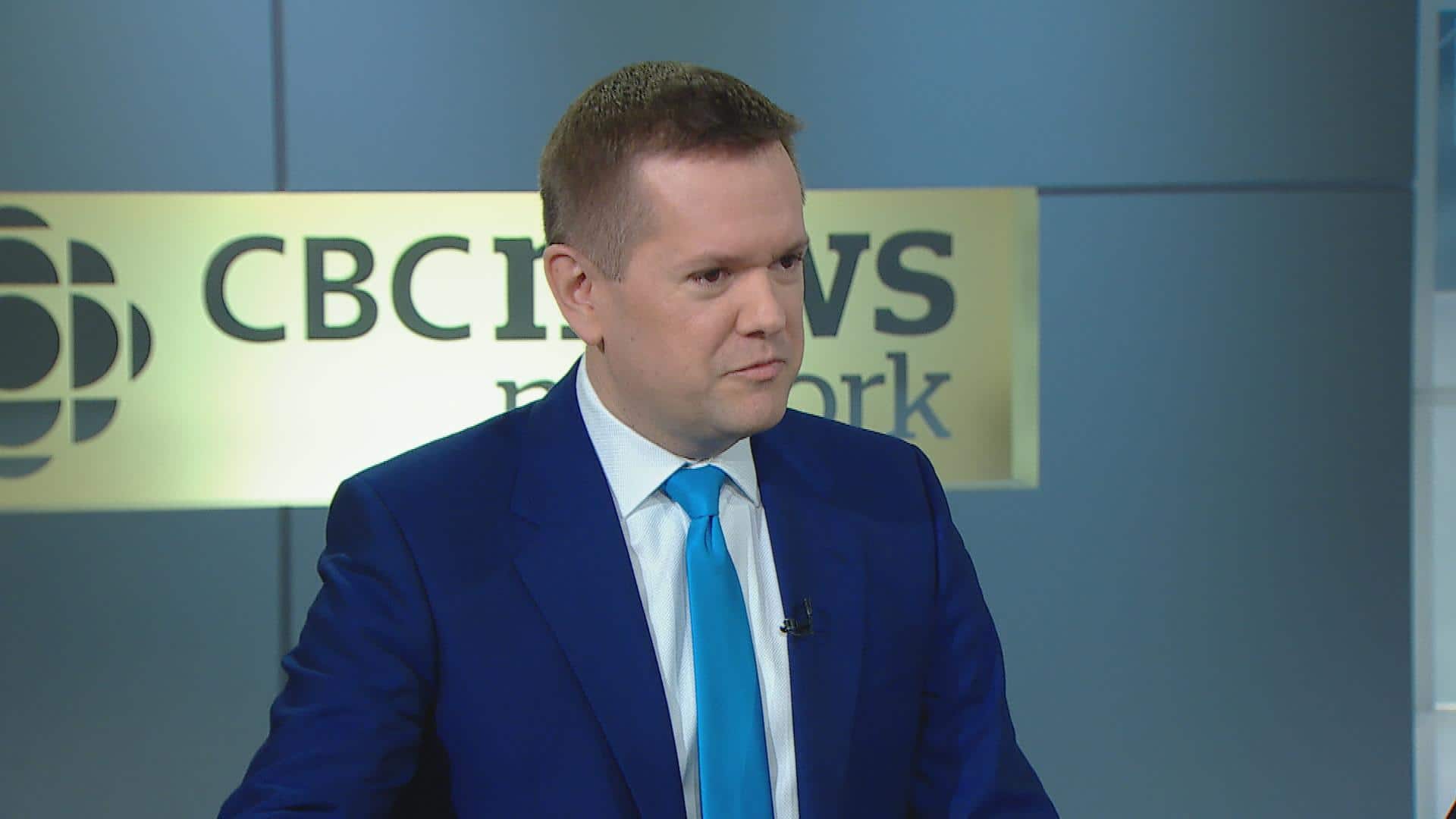 1 year ago
1:29
It could take months to counter the downward effects of the coronavirus, says Gareth Watson, a wealth adviser with Richardson GMP. 1:29

However, Simon Harvey, a foreign exchange analyst with Monex Canada and Monex Europe, said in a written statement that Bank of Canada Gov. Stephen Poloz could follow the U.S. Federal Reserve to the letter and also cut by half a percentage point.

Some economists have warned that a rate cut may not be enough to dampen economic shocks if people avoid spending at brick-and-mortar operations, pointing to a need for government stimulus money to prod consumer spending.

Across the world, business is slowing, and in some places stopping altogether. Factories in China have been struggling to grind slowly back to life. Many European vacation destinations have been all but deserted as leisure and corporate travel has diminished. And major companies around the world bracing for the risk that the economic landscape could worsen before it improves.

Google told its 8,000 full-time staffers and contractors at its European headquarters in Dublin to work from home Tuesday. Irish news reports have said a Google staffer is being tested for coronavirus. But the company issued only a brief statement that said it's continuing to take precautionary measures to protect the health and safety of its workforce.

Earlier Tuesday, seven major economies had pledged to use "all appropriate tools" to deal with the spreading coronavirus but announced no immediate actions.

The group of major industrial countries, referred to as the G7, said it was "ready to take actions, including fiscal measures where appropriate, to aid in the response to the virus and support the economy." The joint statement from the United States, Japan, Germany, Britain, France, Italy and Canada followed an emergency conference call among the finance ministers and central bank presidents, led by Powell and U.S. Treasury Secretary Steven Mnuchin.

The G7 has issued similar joint statements during periods of extreme market turmoil, such as the Sept. 11, 2001, terrorist attacks and the 2008 financial crisis.

Last week, the Dow plunged 14 per cent from recent highs, its worst week since the 2008 global financial crisis.

"Given the potential impacts of COVID-19 on global growth, we reaffirm our commitment to use all appropriate policy tools to achieve strong, sustainable growth and safeguard against downside risks," the G7 said.

World economy could shrink this quarter

Global agencies have indicated this week that there will be a significant economic impact as the virus spreads.

On Monday, the Organization for Economic Co-operation and Development said that the coronavirus, which was first detected in China but has now spread to 60 nations in Europe, the U.S., Latin America and other parts of Asia, could cause the world economy to shrink this quarter for the first time since the international financial crisis more than a decade ago.

The OECD lowered its forecasts for global growth in 2020 by half a percentage point, to 2.4 per cent — and said the figure could go as low as 1.5 per cent if the outbreak is sustained and widespread. There are signs that the outbreak has begun to ebb in China.