'Master of narrative' Trump tells voters his story about the U.S. economy

U.S. President Donald Trump is trying to shift focus from impeachment to the economy. While not everyone has experienced gains under the Trump administration's policies, he has a persuasive story to tell voters about the overall strength of the economy.

The economy is strong, but not everyone has experienced gains under the Trump administration's policies

U.S. President Donald Trump is heralding what he calls a "blue-collar boom."

With his impeachment trial in the Senate nearly behind him, Trump took the opportunity during last night's state of the union address to describe what he calls "the great American comeback."

He touted how he moved quickly when he took office to revive the U.S. economy by "slashing a number of job killing-regulations, enacting historic and record-setting tax cuts, and fighting for fair and reciprocal trade agreements."

"America's fortunes are on the rise. America's future is blazing bright," he said. "The years of economic decay are over."

WATCH | Trump says union is 'stronger than ever before': 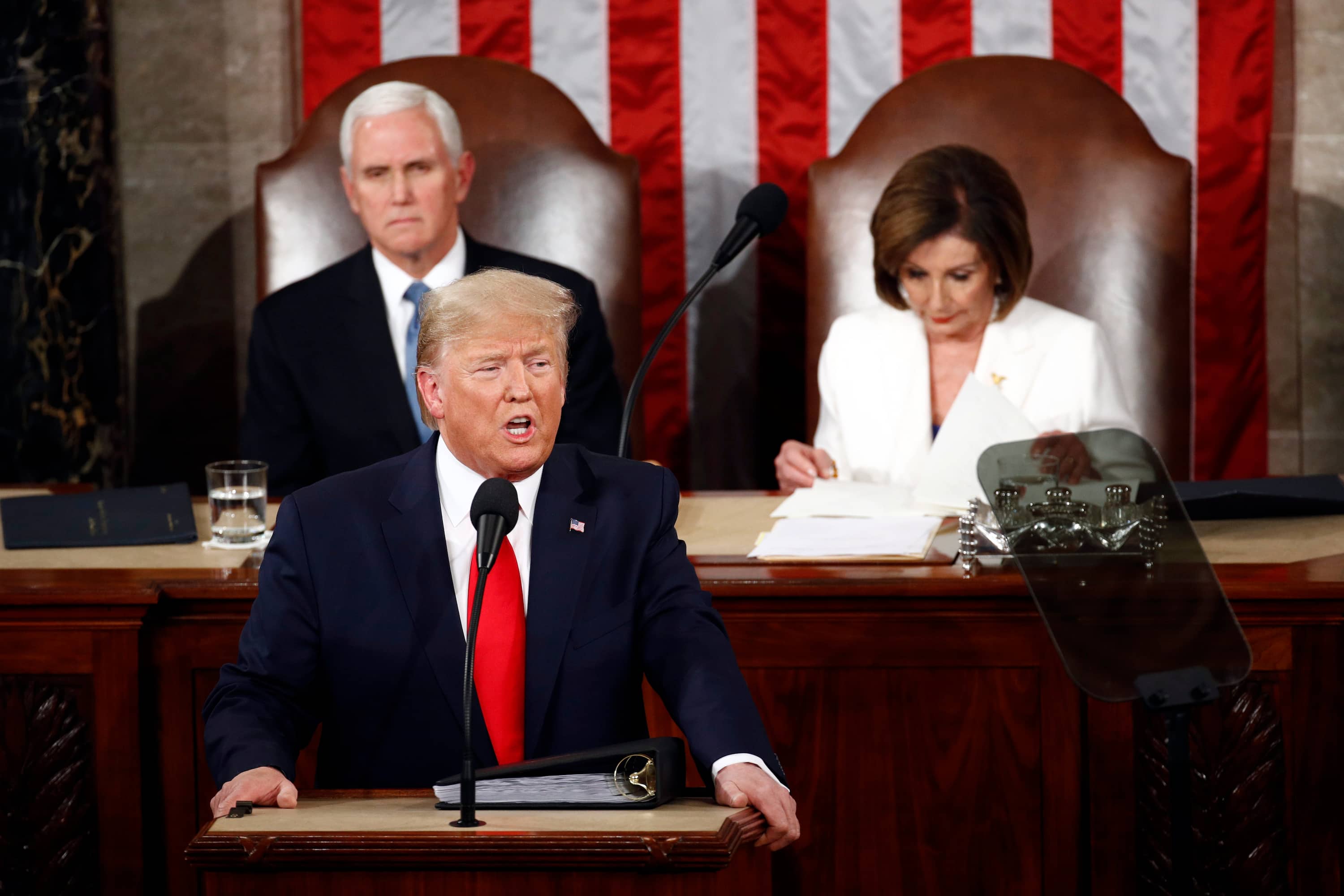 'Stronger than ever before'

12 months agoVideo
0:42
U.S. President Donald Trump tells Congress why the state of the union is stronger than ever before. 0:42

It's true, the U.S. economy continues to grow, stock markets are soaring and unemployment is at historic lows. But not everyone has benefited from Trump's economy.

"Like a lot of things in the Trump administration, there's the rhetoric and there's the fact," said Brett House, Scotiabank's deputy chief economist.

WATCH: Trump touts job growth in state of the union: 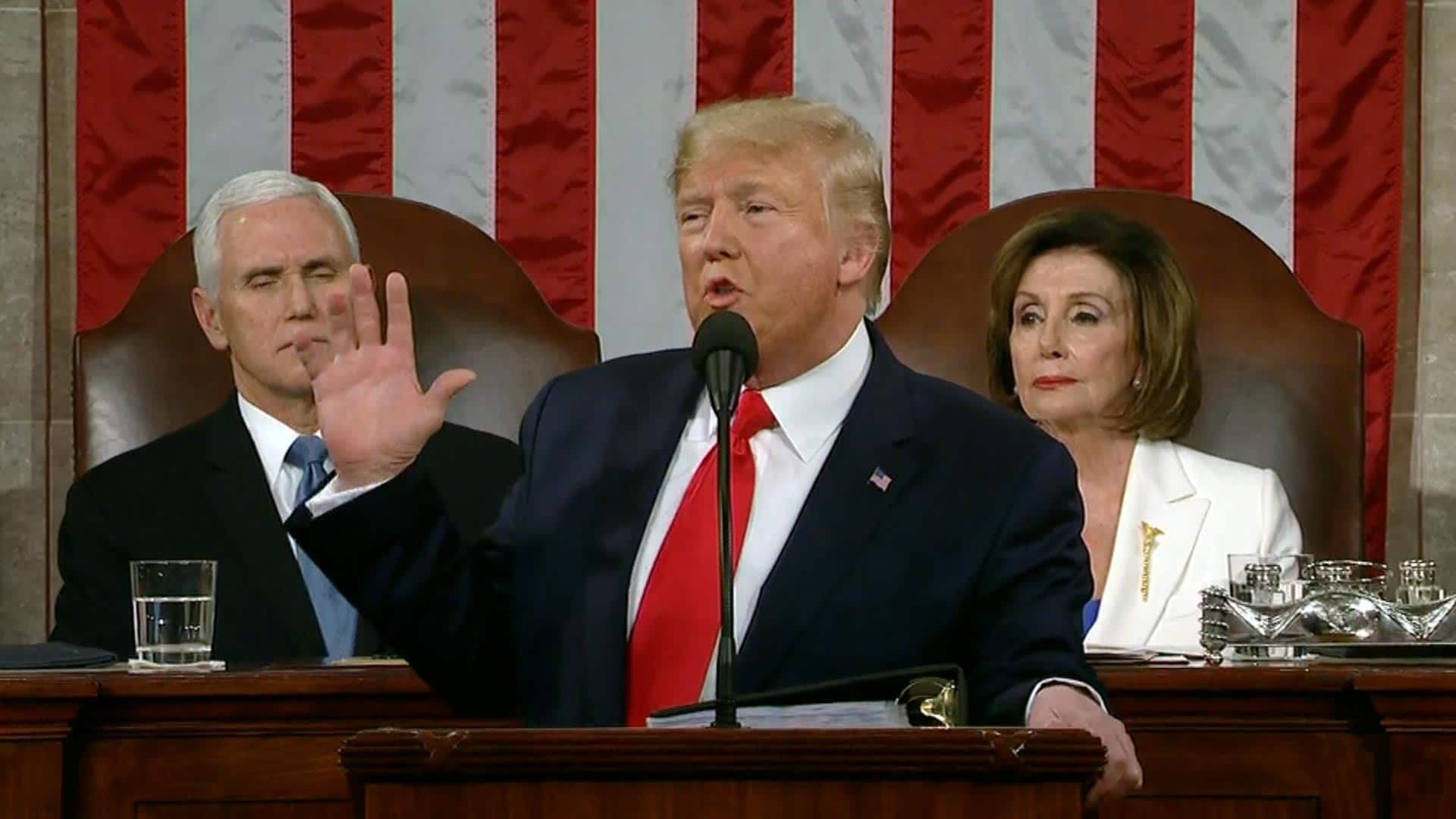 In the case of blue-collar workers and lower-income earners, in particular, the facts and the rhetoric don't always quite match, he said.

Among those "who are meant to be the real focus of revival in making America great again, in fact, things haven't been going really well for them," said House.

He points to slowing median wage gains, as well as the struggles of certain sectors that tend to employ lower- and middle-income earners.

"Manufacturing is more or less in a recession in the U.S." he said. "The farm bailout is twice what was given to the auto sector back in the financial crisis [of 2008]."

Trump has a well-documented tendency for hyperbole. However, it's important to say, the economy is doing well. It's just that the benefits of that growth are not being felt everywhere.

Yes, the stock market is soaring. But the vast majority of stocks are held by the wealthiest Americans.

Yes, jobs are being added, but the growth rate has begun to slow.

Yes, GDP is still growing at a respectable pace, but it's down from the high points under Barack Obama and earlier under Trump.

In 2016, Trump's campaign tapped into deep economic anxiety in regions that felt left behind during the recovery from the 2008 financial crisis. Part of that was the American economy transitioning from traditional manufacturing to a more services-based economy — a painful shift that had begun many years earlier.

WATCH | Trump says 'the best is yet to come' for the country: 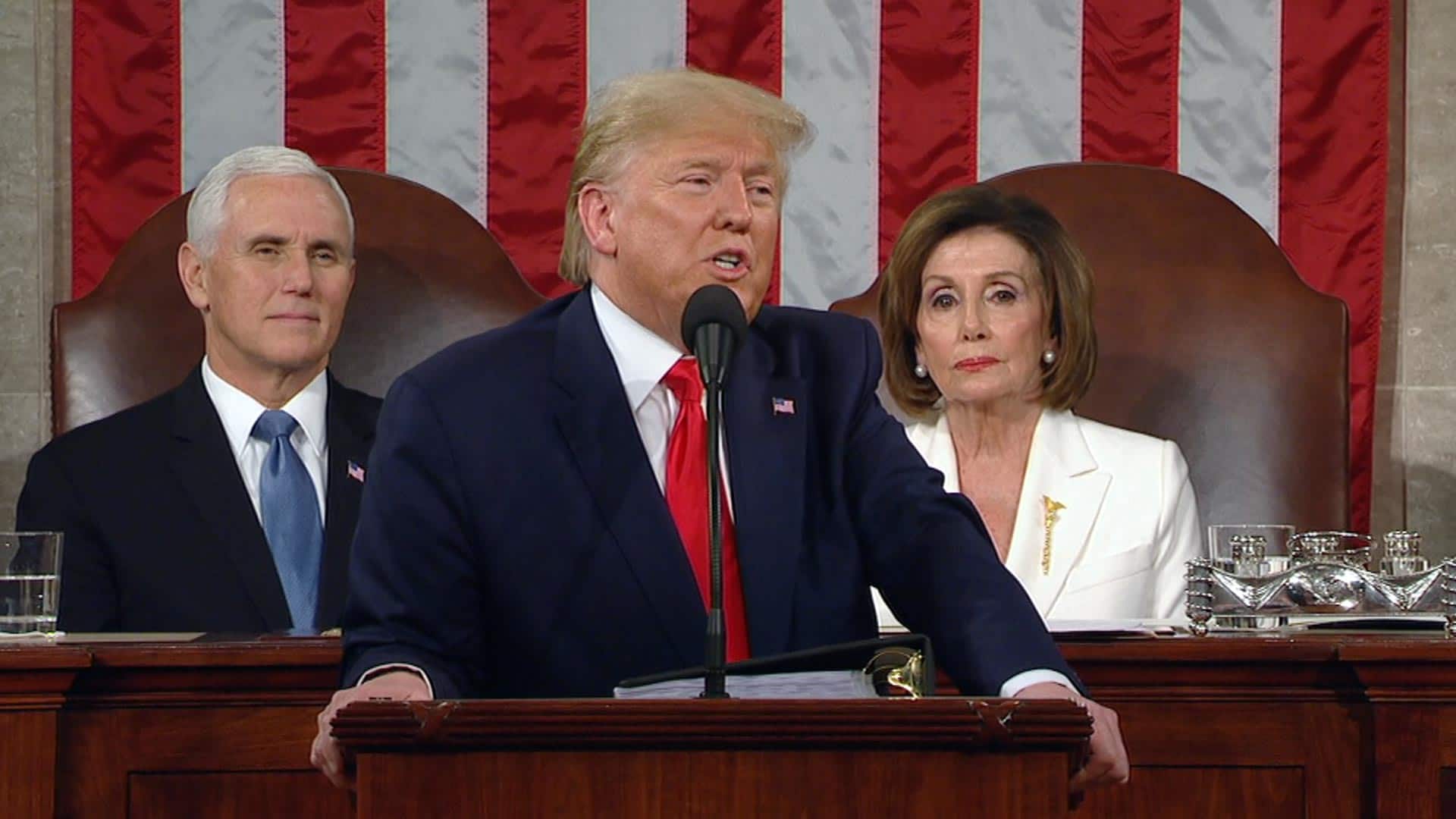 'The best is yet to come'

12 months agoVideo
1:09
U.S. President Donald Trump celebrates the United States as a place where 'anything can happen.' 1:09

A global manufacturing downturn has meant many people who live in those regions are worse off today than they were when Trump took office. While many sectors have added jobs these past few years, manufacturing has actually been laying people off. Factory activity contracted for five consecutive months to close out 2019. January of this year finally showed some positive numbers on that front.

"A number of [Trump's] real swing states that came into supporting him have actually taken more damage than other parts of the American economy," said Karl Schamotta, chief market strategist with Cambridge Global Payments, a Toronto-based provider of cross-border payment services and currency management solutions.

Coal-mining regions in states like Kentucky were promised Trump would revive their industry. But the coal comeback never emerged.

Meanwhile, farmers who supported Trump in the Midwest have been targeted by punitive tariffs in Trump's trade war with China.

But none of that may matter.

"Although Trump may not be master of the facts, he is a master of the narrative," said Schamotta. "He's very good at telling a story about the American economy that a large chunk of the population chooses to believe."

Looming over the whole economic debate is the vast increase in government spending that has occurred since Trump took office. The federal budget deficit surpassed $1 trillion last year. Trump promised he would start paying down the national debt, but his tax cuts and sweeping spending plans have seen the deficit soar to record highs.

Schamotta says spending that much while the economy is doing well runs counter to generations of Republican thinking — and he questions how well it's working. In 2018, the U.S. economy grew by 2.9 per cent. In 2019, Trump's enormous spending and tax cuts kicked in and yet the economy grew by just 2.3 per cent.

"So, it's actually decelerating despite all this money pouring in," he said.

Even those who feel Trump's economic record should stand on its own are worried about the impact of all that new spending.

"If there is a concern, it's that we've run up the deficit during good times," said Avery Shenfeld, chief economist of CIBC Capital Markets. "Should a recession hit, there's a fear that Congress might hesitate about amplifying that deficit, which would be a necessary step to fight the next recession."

Nonetheless, Shenfeld said, Trump's economic record is a good one. Based on the three years of data, the president has a reasonable claim that the average American family is better off, he said.

"If it wasn't for all the whiff of scandal and controversy around this president, he'd be sailing into re-election — if it was just a battle over the economic numbers."

To a degree, every election is about the economy. People look around and ask whether they're better off now than they were four years earlier.

The answer under Trump depends on where you live and where you fall on the income range. It's easy to point to job numbers or the stock markets and say everyone's better off. It's also easy to point out the regions that are being left behind by a changing economy and blame the president. The truth almost always falls somewhere in between.

Nuance makes for lousy talking points. But during an election year, nuance should be more important than ever.