Trump lauds U.S. economy at Davos as trial set to begin in Washington

Thousands of kilometres from his Washington impeachment trial, U.S. President Donald Trump took centre stage at Davos to tout the success of the American economy, while criticizing the U.S. Federal Reserve on Tuesday.

Thousands of kilometres from his Washington impeachment trial, U.S. President Donald Trump took centre stage in Davos, Switzerland, to tout the success of the American economy, while criticizing the U.S. Federal Reserve on Tuesday.

Trump, marking his second meeting of global political and business leaders at the World Economic Forum (WEF), also told a packed auditorium that trade deals struck this month with China and Mexico represented a model for the 21st Century.

"The Fed raised rates too quickly and has lowered them too slowly," Trump said, taking aim at the central bank's policy decisions.

In a wide-ranging address pitched to appeal to the Davos crowd, touting the achievements of his administration despite his unorthodox approach, Trump picked up on some of the themes he voiced when he first addressed the WEF two years ago.

He thanked overseas companies for investing in America and said the U.S. was on far better economic standing than he had imagined when he took office three years ago. 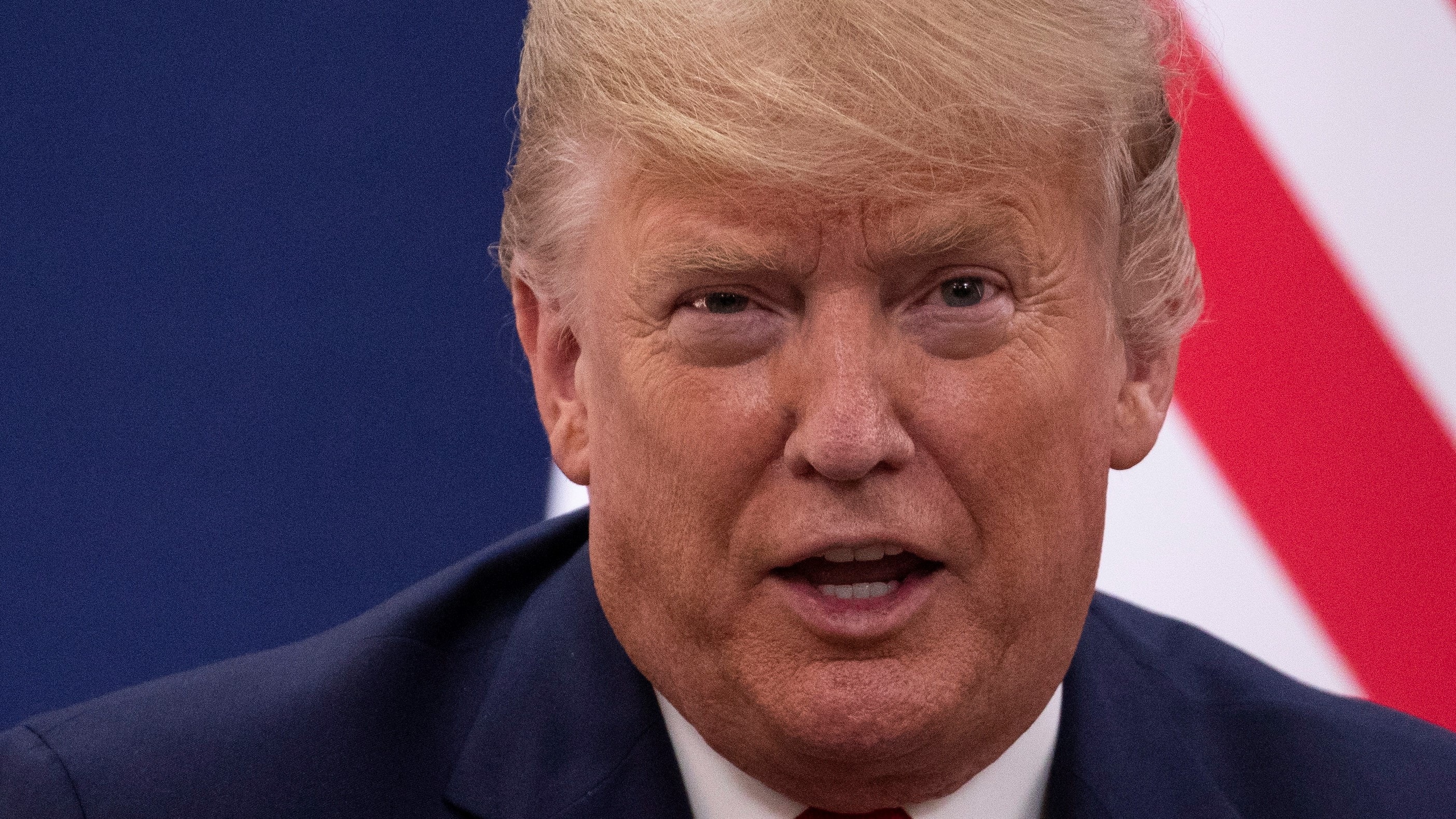 1 year agoVideo
0:53
U.S. President Donald Trump and climate activist Greta Thunberg offer vastly different takes on the current state of the environment in speeches at an economic summit in Davos. 0:53

"The time for skepticism is over," Trump said as he invited more foreign money.

"To every business looking for a place to succeed...there is no better place than the U.S.," he added.

Thunberg in audience for Trump speech

At a conference in which the main theme is the environment, and in which climate activist Greta Thunberg is a star guest, Trump spoke about the economic importance of oil and gas.

Thunberg was in the audience throughout Trump's speech. As she walked out, flanked by security and chased by cameras, she did not speak to reporters, but looked down.

Trump said the U.S. would join the one trillion tree initiative being launched at the WEF annual meeting, but called activists "the heirs of yesterday's foolish fortune tellers."

My generation will not give up without a fight.- Greta Thunberg,  climate activist

Thunberg later responded by referring to "empty words and promises" by world leaders.

"You say children shouldn't worry... don't be so pessimistic and then, nothing, silence."

Nobel economist Joseph Stiglitz said the strongest thing about Trump's speech was that it was scheduled between sessions on climate change. He criticized Trump's swipe at climate pessimists.

"As if what we are seeing with our eyes are not there," Stiglitz said. "It's astounding."

In Washington, the impeachment trial begins in earnest in the U.S. Senate after the Republican president was formally charged by the Democratic-controlled House of Representatives in December with "high crimes and misdemeanors."

Trump, who is expected to be acquitted by the Republican-controlled Senate, says he is innocent of the charges.

Thunberg doubled down on her criticism that world and business leaders aren't taking the threat of climate change seriously.

She dismissed some of the measures bandied about by governments and companies, such as setting long-term targets for cutting greenhouse gas emissions and planting billions of new trees to capture carbon dioxide from the atmosphere.

She told a panel of the WEF that "planting trees is good of course but it's nowhere near enough."

"It cannot replace mitigation," she said, referring to efforts to drastically cut emissions in the near term.

Thunberg accused leaders of "cheating and fiddling around with numbers" by talking about cutting emissions to 'net zero' — emitting no more carbon than is absorbed by the planet or technical means — by 2050.

Responding to those who have accused her of doom-mongering, Thunberg said her message was simply based on scientific facts, not irrational fears.

"My generation will not give up without a fight," she said.

Filippo Grandi, UN High Commissioner for Refugees, told reporters at the WEF on Tuesday that the world needs to prepare for potentially millions of people being driven from their homes by the impact of climate change.

His comments came after the UN Human Rights Committee (UNHCR) made a landmark ruling on Monday in relation to Ioane Teitiota, from the Pacific nation of Kiribati, who brought a case against New Zealand after authorities denied his claim of asylum.

"The ruling says if you have an immediate threat to your life due to climate change, due to the climate emergency, and if you cross the border and go to another country, you should not be sent back because you would be at risk of your life, just like in a war or in a situation of persecution," Grandi said.

Potential drivers include wildfires like those seen in Australia, rising sea levels affecting low-lying islands, the destruction of crops and livestock in sub-Saharan Africa and floods worldwide, including in parts of the developed world.

Whereas for most of its 70 years UNHCR, the UN's refugee agency, has worked to assist those fleeing poorer countries as a result of conflict, climate change is more indiscriminate, meaning richer countries may become a rising source of refugees.

"It is further proof that refugee movements and the broader issue of migration of populations... is a global challenge that cannot be confined to a few countries," said Grandi.

Pope Francis also had a message for the high-powered participants at the economic forum in Davos: people, not profit, must be at the core of public policy.

Francis issued written greetings to remind delegates of the "moral obligation" to place "the human person, rather than the mere pursuit of power or profit, at the very centre of public policy."

He says the forum provides an arena where "political will and mutual cooperation can be guided and strengthened in overcoming the isolationism, individualism and ideological colonization that sadly characterizes too much contemporary debate."

Francis is also encouraging the forum's deliberations to boost solidarity with those suffering "social and economic injustice and whose very existence is even threatened."

A Vatican cardinal is representing the pope at the gathering, which started Tuesday.