Foreign Affairs Minister Chrystia Freeland told reporters in Ottawa Wednesday that progress was being made on the deal and that she would continue to stand up for Canada's interests at the table.

"Let me be very clear, first and foremost with Canadians, that the government of Canada, the prime minister and I personally will always be absolutely resolute in our defence of the Canadian national interest, all the time, and very particularly during these NAFTA negotiations," she said.

"I have described Canada's position, I think at some length, and people can judge which adjectives they choose to apply to that position," Freeland said when asked about Trump's comments about Canada. 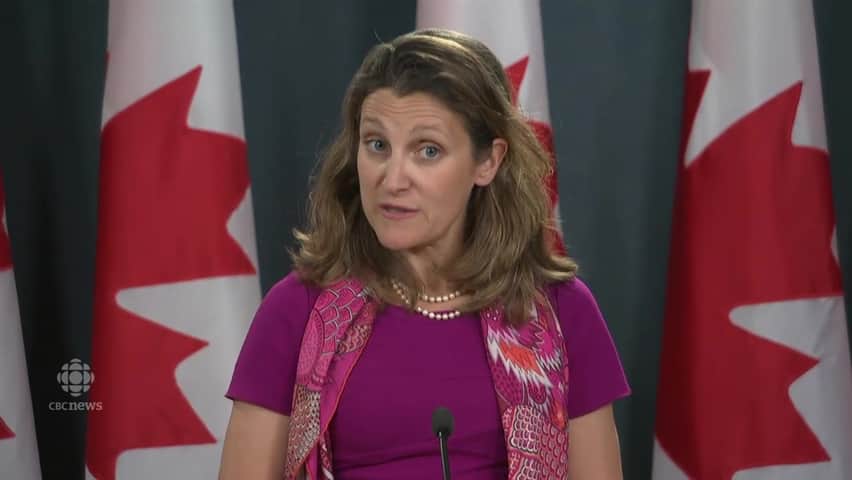 2 years ago
0:41
Foreign Affairs Minister Chyrstia Freeland says she will stand up for Canada and people can call that position whatever they want to. 0:41

Later in the day, the U.S. Commerce Department launched a national security investigation into auto imports and whether they threaten the U.S. industry's health and ability to develop new technologies.

The probe could lead to new U.S. tariffs — similar to those imposed on imported steel and aluminum in March — and appeared to follow up on a remark Trump made on Twitter on Wednesday, when he promised "big news" for the auto sector.

The White House declined to comment, and the Office of the U.S. Trade Representative referred queries to the White House.

Automakers scrambled after the tweet to get details. Some of them speculated that Trump could be referring to trade with the European Union.

In a meeting earlier this month with major automakers, Trump threatened to impose tariffs of 20 or 25 per cent on EU-built vehicles, according to three people briefed on the talks.

On Wednesday evening, the White House issued a statement saying U.S. Commerce Secretary Wilbur Ross was initiating an investigation under Section 232 of the Trade Expansion Act of 1962 to determine "whether imports of automobiles and automotive parts threaten to impair" U.S. national security.

"There is evidence suggesting that, for decades, imports from abroad have eroded our domestic auto industry," said Secretary Ross in a statement.

The investigation will look at the impact of imports of not just automobiles and parts, but SUVs and light trucks as well.

Section 232 was also used to slap tariffs on steel and aluminum imports earlier this year. The notice did not single out any country or automotive brand as a target. 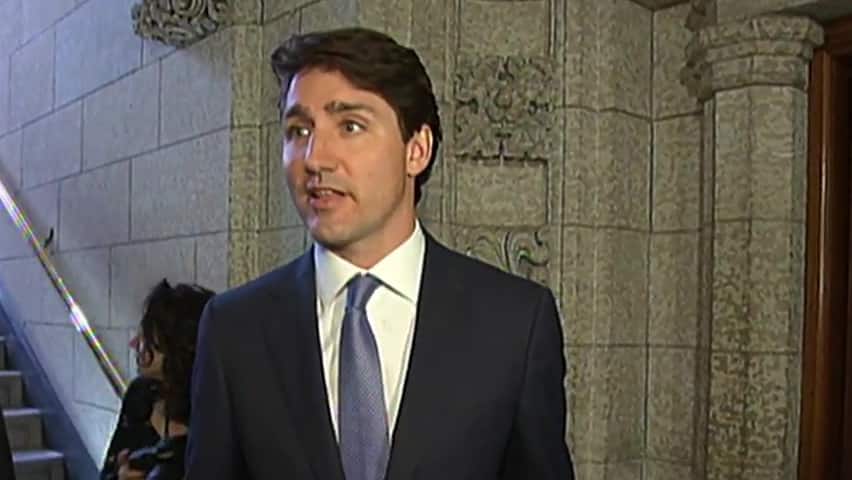 2 years ago
0:25
The CBC's Catherine Cullen asked the Prime Minister about the President's comments as he arrived for QP 0:25

Trump has repeatedly criticized the large trade imbalance on autos between the United States and the EU. In March, he threatened in a tweet to "simply apply a Tax on their Cars which freely pour into the U.S."

Auto trade has been a big sticking point in talks between the United States, Mexico and Canada as they try to update NAFTA.

The United States and Mexico have been deadlocked over U.S. demands for wage increases in the auto sector and for a boost in North American content in cars. Last week, the top U.S. trade official said the three countries were "nowhere close to a deal."

At the same time, Washington and South Korea are working to finalize language in an updated U.S.-Korean Free Trade Agreement.

Under an agreement in principle, South Korea agreed to an extension of a 25 per cent U.S. tariff on pickup trucks for another 20 years until 2041. These were due to begin phasing out in 2019, causing concerns that South Korea would soon begin exporting pickup trucks to the United States.

"We will have some pretty good news, I think, on trade," he told reporters as the two leaders sat down.