'We don't know what he's going to do,' Gary Mar says

Gary Mar, Alberta's representative in the U.S. capital for four years from 2007, said it's uncertain how Trump will feel about the province's decision to wade into the free market in a bid to raise Canadian crude prices.

But the president could take action if he becomes concerned with climbing prices, Mar said.

Trump has been a vocal advocate for lower oil prices, frequently calling on OPEC members to boost production in recent months. The vast majority of Alberta crude is sold in the U.S.

"The president of the United States obviously is very keen on his America First policy," Mar told CBC Calgary's News at Six in an interview this week.

"And if he sees that there is a change in the price because of a curtailment of production, he might not treat that very favourably. We don't know what he's going to do.

"But you can imagine that in an America First policy, as presented by the president of the United States, we could be in for some type of countermeasure against our increased price." 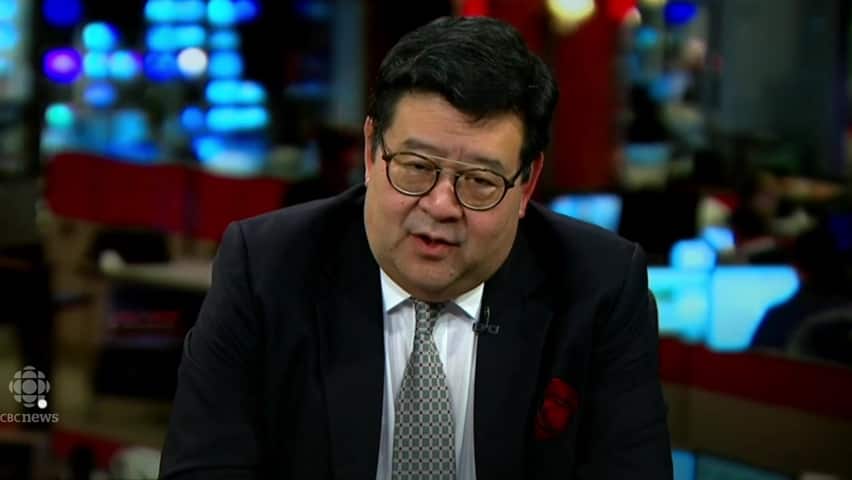 2 years ago
2:06
Alberta's representative in the U.S. capital for four years from 2007, said it's uncertain how Trump will feel about the province's decision to wade into the free market in a bid to raise crude prices. 2:06

Mar, now president of the Petroleum Services Association of Canada (PSAC), made the comments in Ottawa, where he is meeting this week with federal officials to stress the importance of the domestic energy sector.

His remarks follow Premier Rachel Notley's announcement Sunday of a temporary 8.7 per cent oil cut, or a decrease of 325,000 barrels a day, in the production of raw crude oil and bitumen starting Jan. 1.

The action is aimed at lifting Alberta crude prices, which plummeted earlier this fall after production growth and pipeline bottlenecks contributed to a costly oil glut.

The day after Notley's announcement, the price of Western Canadian Select heavy oil jumped $8.02 US to $29.95 a barrel.

Oil companies that had called for production cuts praised the premier for her decision. The move also found support among her political rivals.

However, Husky Energy and Imperial Oil — which both opposed mandatory cuts  — have warned that government-ordered curtailment could have implications for trade and investment.

"We believe the market is working and view government-ordered curtailment or other interventions as possibly having serious negative investment, economic and trade consequences," Husky spokesperson Mel Duvall said Sunday.

Christopher Sands, director of the Johns Hopkins University Center for Canadian Studies in Washington, also does not believe Alberta has opened itself up to either trade or diplomatic problems.

"The real trade vulnerability would be if curtailment led to lower shipments to the U.S. because then that would be actionable" under current trade terms, Sands said in an interview.

"By saying they will maintain all of their commitments to the U.S. ... they have, I think, covered their exposure."

Alberta's plan appears to be carefully devised, he said, and even if rising prices cause American refiners to grumble, they'll continue to take Alberta oil because their facilities are set up for it.

"The folks who are tuned to refine Canadian oil are going to absorb that price and, given the state of prices globally, it will still be profitable for everybody I would think," Sands said.

Carlo Dade, an expert on Canada-U.S. trade who's with the Canada West Foundation, doesn't think Alberta's curtailment violates the North American Free Trade Agreement (NAFTA), which is still in effect.

Also, with America awash with oil and the president preoccupied with other issues, Dade doesn't believe the cuts would be on his radar. Still, with Trump in charge, you can never be entirely sure, he said.

"What would have been a no-brainer not to worry about under Obama or any of the Bushes is something that we do have to keep in the back of our minds," Dade said.