Although Canada and the U.S. have agreed to close their shared land border to non-essential travel, they don’t appear to agree on several related issues — including what to do next.

Border will remain closed until at least Nov. 21

Although Canada and the U.S. have agreed to close their shared land border to non-essential travel, they don't appear to agree on several related issues — including what to do next.

More than seven months after the border closed due to the COVID-19 pandemic, Prime Minister Justin Trudeau and U.S. President Donald Trump have offered up contradictory messages about the border's future.

The Canada-U.S. border closure agreement was set to expire on Oct. 21, but the Canadian government announced on Monday that the closure will be extended until at least Nov. 21.

In an interview last Wednesday on Winnipeg podcast The Start, Trudeau said Canada plans to keep the border closed as long as COVID-19 case counts in the U.S. remain high.

"We keep extending the border closures because the United States is not in a place where we would feel comfortable reopening those borders," he said.

Four weeks prior, Trump offered a different prognosis for the Canada-U.S. border closure.

"We're looking at the border with Canada — Canada would like it open," he said at the White House on Sept. 18.

"So we're gonna be opening the borders pretty soon.... We want to get back to normal business."

6 months ago
0:48
U.S. President Donald Trump responded to a question about the border as he left the White House on Friday, Sept. 18. 0:48

Foreign affairs expert Edward Alden said the disconnect between the two leaders suggests there are currently no joint discussions about an eventual reopening plan.

Even though many Canadians support the border closure, which took effect in late March, it has devastated the tourism industry, separated loved ones and hurt border communities in both Canada and the U.S.

Alden said he understands why the border is closed for now, but that it's important to start laying the groundwork for a reopening plan.

"The problem of not having those negotiations is, when do we possibly have a sense of when it will be safe to reopen the border?"

CBC News asked both the Canadian and U.S. governments about the fate of the border closure and got disparate answers.

A spokesperson for the U.S. Department of Homeland Security said the two countries are exploring the loosening of some restrictions. The department's acting secretary, Chad Wolf, echoed this sentiment in a tweet on Monday.

"We are working closely with ... Canada to identify safe criteria to ease the restrictions in the future and support our border communities," he wrote.

But a spokesperson for Bill Blair — Canada's public safety minister — offered a less definitive statement on the next steps.

"We will continue to evaluate the best public health information available to us to make a decision on when and how to reopen our border," the spokesperson said in an email.

"This decision will be made in Canada."

According to Reuters — which spoke with well-placed Washington and Ottawa sources last month — the U.S. had floated the idea of relaxing some border restrictions, but Canadian officials showed little enthusiasm.

Canadians advised not to go to U.S.

In another disconnect between the two countries, Trudeau is warning Canadians not to fly to the U.S., while the U.S. is welcoming Canadian air passengers.

Although the U.S. agreed to close its shared land border with Canada, it still allows Canadians to fly to the country for leisure travel. The U.S. government declined to explain why it made this decision.

Conversely, Canada won't allow Americans to enter for non-essential travel by any mode of transport unless they get a special exemption. 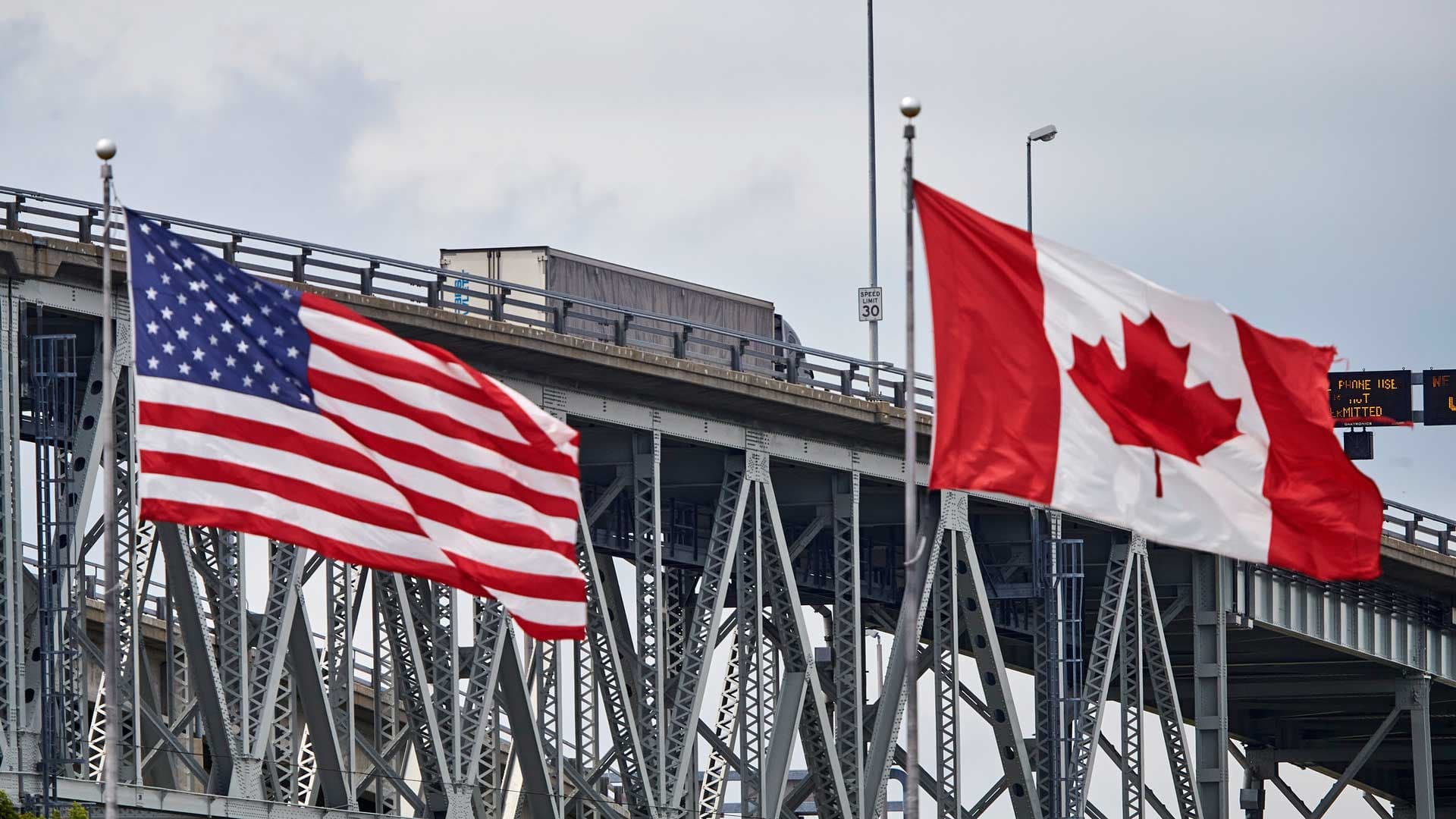 5 months ago
10:28
The federal government announced changes to its COVID-19 U.S.-Canada border restrictions on Oct. 2, 2020, providing some relief to families and couples seeking to visit loved ones. 10:28

CBC News recently reported on some Canadian snowbirds planning to fly to Florida this winter — because they can.

When asked about Canadians — including snowbirds — flying to the U.S., Trudeau said in the podcast interview that they should stay home due to the COVID-19 pandemic.

Case numbers down in sun states

Trudeau and Trump also disagree on the COVID-19 status of some of the U.S. sun destinations Canadians might be tempted to visit this winter.

"I know there's a lot of people very worried about what's happening south of the border in Florida and Arizona and California and other places where the virus is not under control — far less under control than we are here," Trudeau said in the interview.

However, when Trump suggested the border would soon reopen, he said that Florida and Arizona are "doing very well."

According to U.S. Centers for Disease Control and Prevention data, new daily COVID-19 case numbers in Arizona, Florida and California have declined dramatically since their worrisome peaks in the summer. However, the infection rates in these states and across much of the U.S. remain at concerning levels.

Meanwhile, COVID-19 case numbers have surged recently in some Canadian provinces. On Saturday, Quebec broke another record for new cases in a single day, despite being under a partial lockdown.

Trump made a point of highlighting Canada's recent surge in cases in a speech last week.

"All over the world you see big flare-ups," he told a crowd of supporters. "Big flare-ups in Canada."