The federal government has invested in large oilpatch projects before, but Kinder Morgan's proposed pipeline in Alberta and B.C. is not like federally backed projects in the past, which often were game-changers for the industry.

But some experts question why the government would back the proposed pipeline in Alberta and B.C., which is hardly as significant as past projects that helped kick-start both the oilsands in Alberta and the offshore drilling industry in Atlantic Canada.

There should have been no reason for the federal government to have to get involved.- Jim Davidson, GMP FirstEnergy

Federal cash was also instrumental in construction of TransCanada Corp.'s natural gas Mainline in the 1950s — one of the country's most important pipeline projects because it allowed Alberta to reach new markets for its natural gas, while Eastern Canada would access a substantial supply of the heating fuel. At the time, the main hurdle was digging a ditch and laying pipe through the jagged, unyielding terrain of the Canadian Shield in Northern Ontario.

TransCanada constructed the pipeline from Alberta to Ontario, while a federal Crown corporation took care of the real challenge — completing the line through Ontario to reach the Toronto area.

Without Ottawa's involvement, there was little chance the company would have built the project.

To the 'detriment' of Canadians

"This is the twinning of an existing 50-year-old pipeline that already had all of the right-of-ways in place," Davidson said. 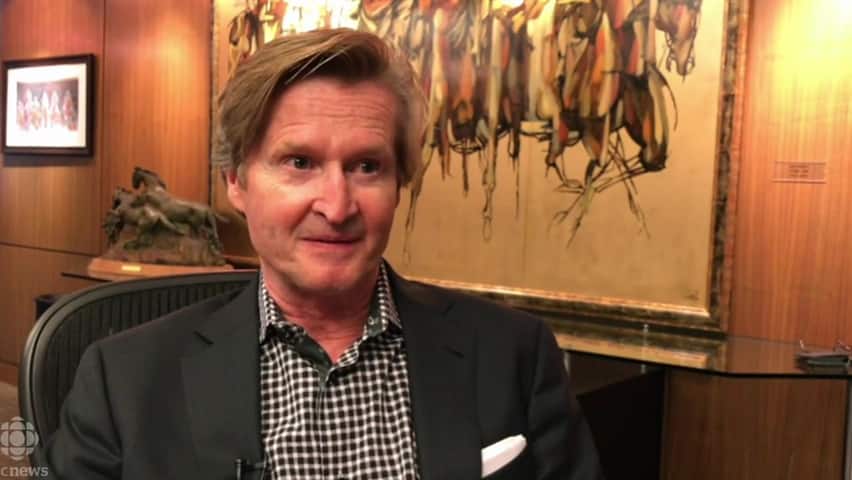 Jim Davidson says the oilpatch is happy that Ottawa may give Kinder Morgan financial assistance, but he says Ottawa should have taken other steps much sooner.

3 years ago
1:30
The deputy chairman of Calgary-based GMP FirstEnergy, an energy-focused investment bank., says he believes Kinder Morgan will move ahead with the Trans Mountain expansion pipeline. 1:30

"There should have been no reason for the federal government to have to get involved."

The Trans Mountain expansion would be an incremental improvement for the Alberta oilpatch, not a game-changer. Western Canada already has pipeline space to ship out about four million barrels of oil a day. Kinder Morgan's new pipeline would only add 600,000 barrels per day. Other projects, like TransCanada's Keystone XL and Enbridge's Line 3 replacement, would also add capacity if constructed but won't need federal funding.

"In a perfect world, I believe a private company would not want the government as its partner," Davidson said. "And as a citizen of Canada and the province of Alberta, I would not necessarily want to be a partner of a private company that has already proven its wherewithal to carry the project financially on its own accord."

Kinder Morgan tried to build the project on its own, but after ongoing regulatory delays and court challenges from First Nations and the province of B.C., the company suspended construction. Losing millions of dollars every month as the project drags on, Kinder Morgan imposed a May 31 deadline to seek assurances there won't be further risk to its shareholders if the project proceeds.

​Davidson said the only reason the federal government is considering financial help for the project is because Ottawa failed to act sooner to ensure the project's success.

"This could have, should have, been dealt with in a different manner earlier on so we didn't have to back ourselves into the corner that we are now in, of which the provincial government and federal government might have to backstop this project to the benefit of the Kinder Morgan shareholders and to the detriment of the citizens of Canada," he said.

One expert suggests federal government money would be better spent investing in refineries and upgrading facilities rather than installing new pipes.

"Canada has never had that strategy or mentality," Andrew Nikiforuk, author of several books critical of the oil industry, said in a phone interview from his home in Campbell River, B.C.

Nikiforuk himself has protested the construction of the pipeline. He opposes it primarily on economic and environmental grounds, describing the expansion as a "high-risk project any way you look at it."

Some have said the Trans Mountain expansion is less like TransCanada's Mainline and more like the Quebec Oka Crisis in 1990, when violent protests erupted as Indigenous groups opposed development of a golf course and condominiums.

"The people who have made that comparison are First Nations leaders, so I think they know what they are talking about," said Nikiforuk.

Others argue any investment in the energy sector is worth it: large resource projects create jobs, generate higher tax revenues and boost government royalties.

"Governments get a good return on those investments," said Peter McKenzie-Brown, an oilsands historian. "There's a long tradition of governments supporting these kinds of projects, and when you are as resource-rich as Canada is — especially in this area, especially in energy — it seems to me that it is to everyone's benefit that we support this."

In the 1990s, Brian Mulroney's Progressive Conservative government came to the rescue of Newfoundland's first offshore drilling project as Hibernia was nearing collapse. Ottawa had already provided more than $2 billion in grants and loan guarantees but had to provide more cash for the project to be completed and launch the country's offshore drilling industry.

When construction of the Syncrude oilsands project was in jeopardy during the 1970s, federal and provincial aid was needed after construction costs doubled to $2.3 billion. That Alberta facility bailed out by then-prime minister Pierre Elliott Trudeau, has operated for 40 years and has the capacity to produce 350,000 barrels of oil per day. 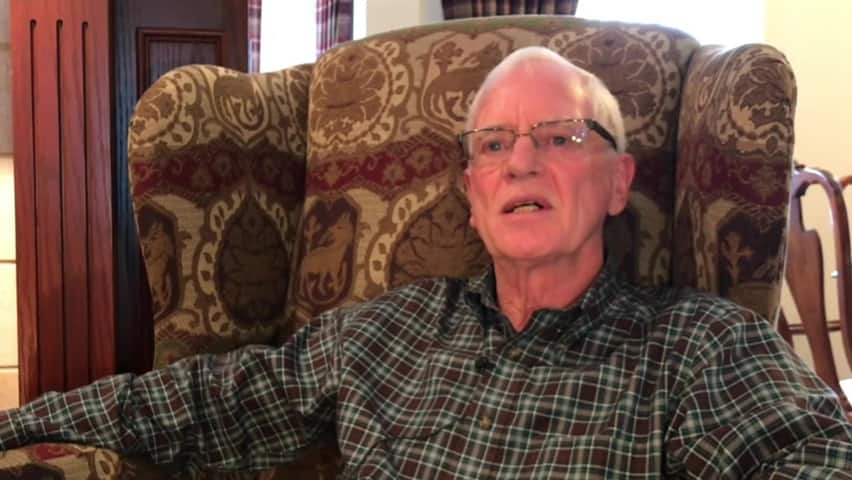 Peter McKenzie-Brown on the tough task of building the TransCanada mainline pipeline in the 1950s through Ontario.