Yearning to travel as COVID-19 drags on? Here's what you need to know now

As the COVID-19 pandemic drags on and provinces ease their lockdown restrictions, travel is opening up slowly. Here’s what you need to know now as you contemplate a potential trip — in Canada or beyond.

As lockdown restrictions are eased, travel is opening up — slowly

As the COVID-19 pandemic drags on and provinces ease their lockdown restrictions, travel is opening up — slowly.

Here's what you need to know now if you're yearning to take a trip — in Canada or beyond.

Many Canadians have struggled this summer to figure out where they can vacation in Canada. That's because each province and territory has created its own travel rules in response to the COVID-19 pandemic, and those rules are subject to change.

Currently, Canadians can freely travel to Quebec, Ontario, Saskatchewan, Alberta and B.C. without having to self-isolate for 14 days upon arrival. Visitors to Yukon, Manitoba and Nova Scotia may be required to self-isolate, depending on which part of the country they're travelling from.

Earlier this month, Canada's four easternmost provinces created a travel bubble that allows Atlantic Canadians to travel freely within those provinces — with no self-isolation requirement.

Canadians outside that bubble are barred from visiting Prince Edward Island, New Brunswick and Newfoundland and Labrador — unless they meet specific criteria, such as owning a cottage in P.E.I. or New Brunswick.

There's no word yet on when the three provinces will open their doors to all of Canada.

"I don't think we would be looking beyond the Atlantic bubble any time soon," P.E.I. Premier Dennis King said last week. 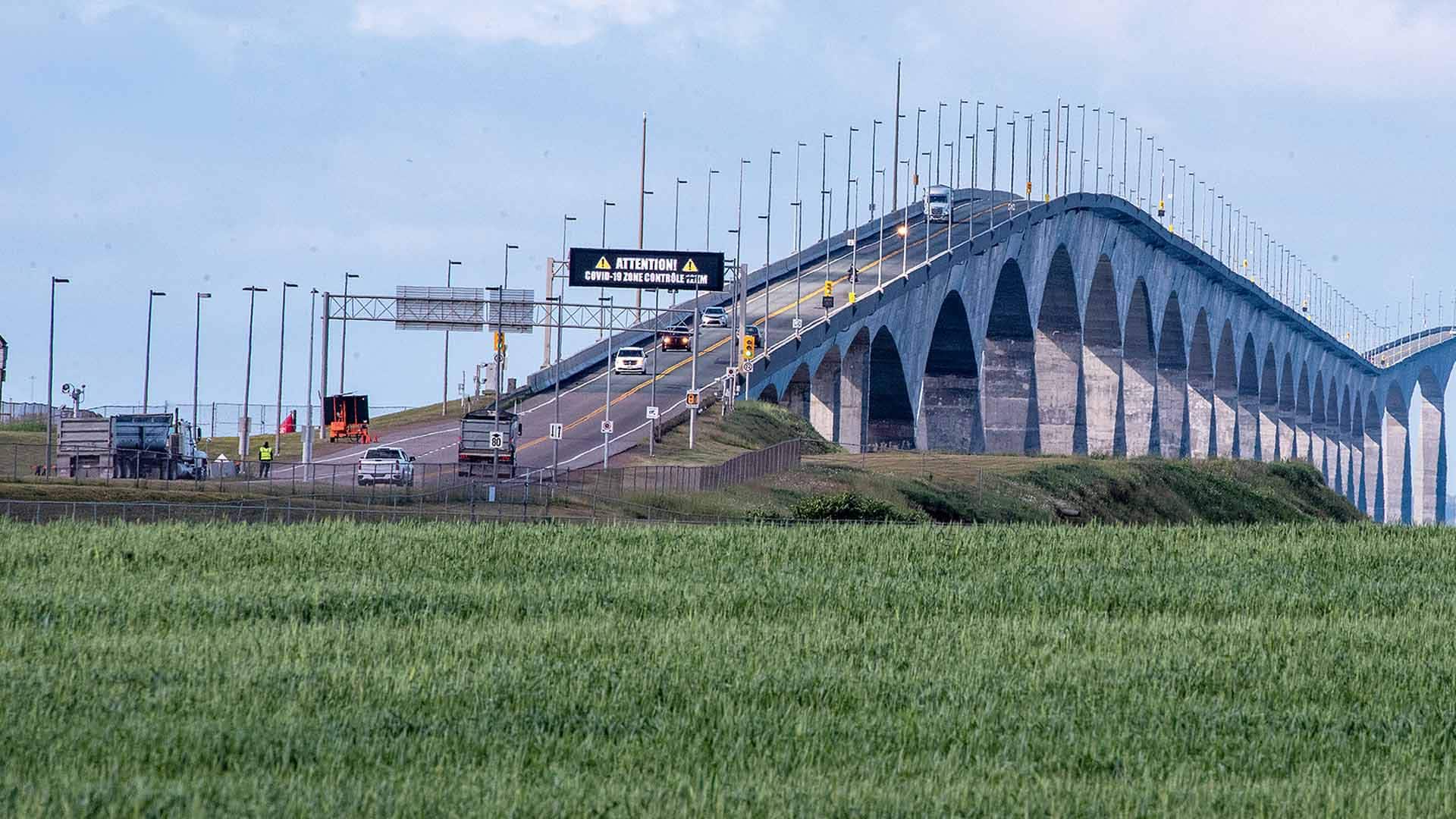 7 months agoVideo
1:53
As of today the four Atlantic provinces are allowing travellers to move within the so-called Atlantic bubble. The response was immediate, and overwhelming, as lineups formed. 1:53

Nunavut and the Northwest Territories remain off limits to vacationers from all provinces, with the exception of residents of Churchill, Man., who can enter Nunavut.

People can plug in their home province and their potential destination to find out what travel restrictions they may face.

The map also provides links to many provincial websites where Canadians can get the most updated information.

"There is so much confusion," said roundtable member Steve Sammut, who's also the CEO of Rocky Mountaineer, a rail-tour company in Western Canada.

"We think it's important for Canadians to understand what their options are."

The federal government's advisory against all non-essential international travel during the pandemic remains in effect until further notice — even as other countries start to open their borders.

"Our priority remains the health and safety of Canadians," said Global Affairs Canada spokesperson Jason Kung in an email to CBC News.

Because it's an advisory — not an order — Canadians can still travel abroad, but they do so at their own risk. Global Affairs said it's not planning any repatriation flights after July. And until the advisory is lifted, international travellers likely won't be able to purchase medical insurance that covers COVID-19-related illnesses.

"The mentality is, if our own country's advising us not to travel to the United States or Europe or anywhere right now, then we as insurers shouldn't be covering [COVID-19]," said Toronto-based insurance broker Martin Firestone.

Canadians must also self-isolate for 14 days upon their return home.

Canadians are still limited to where they can travel. The roundtable's website lists countries that have opened their borders. They include Greece, Italy, France, Spain, Mexico, Jamaica and the Dominican Republic.

Some listed countries have special requirements. For example, the Bahamas and Aruba require travellers to take a COVID-19 test and submit the result before or upon arrival.

U.S. Customs and Border Protection confirmed on Friday that Canadians can still fly to the U.S., as long as they haven't visited Brazil, China, Iran, Ireland, the U.K. or 26 European countries in the Schengen Area 14 days prior.

However, the Canada-U.S. land border remains closed to non-essential traffic until Aug. 21 — and that date could be extended.

Canadians will encounter new rules when flying. They must wear face masks when in transit and at many major Canadian airports.

Temperature checks are already underway for flights to Canada, and by September, most passengers travelling by plane from or within Canada will also face checks.

Before booking your flight, note that while airlines have beefed up cleanliness protocols, they're no longer leaving the middle seat vacant as a safety precaution.

When will Canada reopen its borders?

To help stop the spread of COVID-19, Canada restricts foreigners from entering the country for non-essential travel. On June 8, the federal government loosened the restrictions to allow foreigners to visit immediate family in Canada — including spouses and common-law partners.

The roundtable is lobbying Ottawa to formulate a plan to further ease both cross-border and inter-provincial travel restrictions as a way to help boost the beleaguered travel industry.

The coalition argues that Canada can open its borders with minimal risks if proper health and safety measures are implemented.

Those measures could include widespread COVID-19 testing and contact tracing, as well as excluding certain countries, such as the U.S., where COVID-19 cases continue to spike.

The federal government, however, said it's standing firm for now on its travel restrictions.

"While we strongly recognize that Canada's tourism sector is facing significant challenges as a result of the COVID-19 [pandemic], our top priority remains the health and safety of Canadians," Industry Canada spokesperson Hans Parmar said in an email.

Provinces and territories that have imposed travel restrictions say they're necessary to protect their residents during the pandemic.